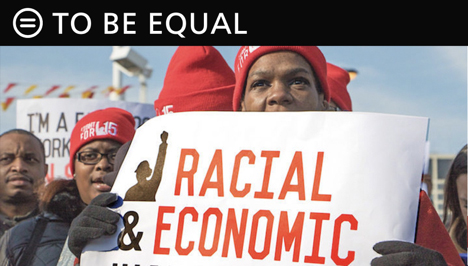 TriceEdneyWire.com
“Now is when the real work begins. The hard work. The necessary work. The good work. The essential work to save lives and beat this pandemic. To rebuild our economy so it works for working people. To root out systemic racism in our justice system and society. To combat the climate crisis. To unite our country and heal the soul of our nation. The road ahead will not be easy. But America is ready. And so are Joe and I.” – Vice President-elect Kamala Harris

In this election, as in 2008, Black voter turnout made the difference. They were not voting for a symbolic victory. The nation is in crisis. They want action. And so does the National Urban League.

As they prepare to enter the White House, more than 10 million Americans have been infected with coronavirus. A record 65,000 are currently hospitalized, and nearly a quarter-million have died. Our fellow citizens are standing in food lines, missing mortgage and rent payments and trying to keep the lights on. This pandemic has upended their lives. For them, relief now is imperative.

That’s why our first demand is an immediate stimulus response package of no less than $3 trillion. We support a stimulus that aligns with the provisions of the Heroes Act passed by the House early in the summer.

Additionally, we’re calling for a $2 trillion economic recovery and infrastructure package to build an inclusive economy that eliminates structural inequality and opportunity gaps.

This economic recovery plan must not only rebuild the nation’s roads, bridges, and railways, but it also must address water systems, parks, community facilities, affordable housing, and broadband. Such an initiative would create millions of jobs as well as business opportunities for all Americans.

Central to this is a specific emphasis on providing job opportunities for Black and Brown workers who have been particularly left out and battered by the COVID recession.

It must also include a commitment to invest in affordable housing, given the looming housing crisis that could derail a fragile economic recovery.

The last four years have seen a dramatic rollback of civil rights protections, a surge in racially motivated hate crimes, a deterioration of trust between police and the communities they serve, and the stark exposure of entrenched health and economic disparities.

We have offered the Biden administration a set of fundamental principles on racial justice and equity to guide the first 100 days and beyond. These are:

• Promote a healthier nation by prioritizing testing, treatments, and cures for COVID in communities of color.

The 100-day plan must include a new Voting Rights Advancement Act, comprehensive criminal justice reform, and a vaccine distribution plan that emphasizes outreach to the hardest-hit communities.

The current plan for vaccine distribution relies almost entirely on chain pharmacies, a plan which failed dismally when it came to the distribution of testing supplies in the spring.

A national plan to bring the virus under control must not only direct supplies to the poor and urban communities that have been hardest hit, but also address the longstanding health and economic disparities that allowed infections and death to skyrocket among Black Americans. A fair and effective vaccine plan must maximize the use of community-based sites such as schools, community centers, churches, and local Urban League affiliate headquarters.

Finally, the administration will need a cabinet, senior advisors, and a federal workforce that reflects American diversity, excellence, and competence. The current cabinet is the least diverse in 50 years, and there is no doubt that limitation has contributed to its failures on many levels.

Both President-elect Biden and Vice President-elect Harris have a long history of collaboration with the National Urban League, and we stand ready to partner with the new administration in the fight for racial justice, voting rights, fair housing, health care, education, and employment which have always guided our work.

PIC: TO BE EQUAL

Follow us
In this article:COVID, Feature, Featured, Trending, Trump