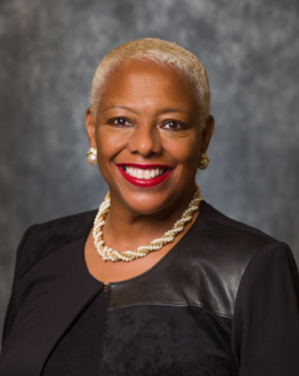 Two years after she was appointed, Dr. Javaune Adams-Gaston will be formally inaugurated as the seventh President of Norfolk State University (NSU) on September 16. Last year’s global COVID pandemic was a major factor in the delay in her installation, as university activities were halted for several months due to health mandates.

According to a website dedicated to highlighting the events, the first major event will be the annual Freshman

Convocation on Sept.14 in the Wilder Performing Arts Center at 12:30 p.m. April Holmes, 1996 Paralympian Gold Medalist, will be the keynote speaker.

On September 14-16 at 7:30 p.m., the NSU Theater Company will present a “Musical Tribute to Whitney Houston” on the Mainstage in Brown Memorial Hall.

On the following day, the annual NSU Founder’s Day Breakfast will be held in the Echols Hall Memorial Arena starting at 7:30 a.m. April Ryan, the White House Correspondent for TheGrio, will deliver the keynote address.

During the Inaugural week, NSU’s “86 Hours of Giving” to the school will be ongoing.

Individuals supporting that initiative should visit

www.nsu.edu/givenow to make a gift to the school.

On September 16 the Investiture Ceremony will be held in the Wilder Performing Arts Center at 10 a.m., followed by the Inaugural Luncheon at noon in the University House.

That evening at 6 p.m. in the Brothers Auditorium of the Student Center, the NSU Foundation Scholarship dinner will be held.

On September 18, the school will unveil its Micron Cleanroom, located in the McDemmond Center for Applied Research at 10 a.m.

At noon that day the “Inauguration Bash”, featuring line dancing, food trucks, and other activities will be held at the NSU Student Center/Spartan Green from 12 p.m. to 3 p.m.

At 8 p.m. the Inaugural Gala will be held at the Echols Memorial Hall Arena.

The Inaugural week activities will end on September 18 at 6 p.m. with a football game between the NSU Spartans and Elizabeth City State University in the Price Stadium.

as wide-ranging, comprehensive, and intensive: In leadership roles, extensive leadership experience in virtually every area of an institution, direction, and participation in hundreds of partnerships, programs, and new ways of facilitating learning and success at the