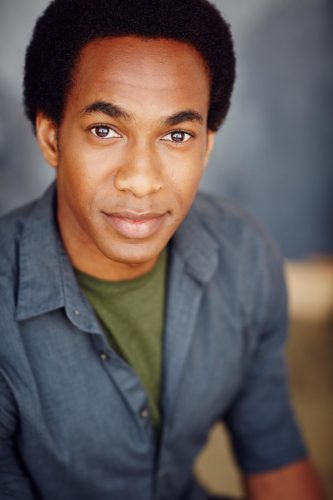 Hamilton, the award-winning and popular musical depicting the life of founding father Alexander Hamilton, has just completed the first two weeks of its three-week run at Norfolks Chrysler Hall Theater.

As the December chill and Christmas holiday hit Hampton Roads (now also known as the 757), Hamilton is a hot commodity.

SevenVenues which is promoting the show has reported packed houses each night. But there are tickets still available.

Hamilton is a musical with music, lyrics, and book by Lin-Manuel Miranda. It isfueled by the 2004 biographyof Alexander Hamilton by historian Ron Chernow.

Hamilton, the man, was among the fraternity of Founding Fathers and was an influential interpreter and promoter of the U.S. Constitution;a member of the nations financial system, the Federalist Party, the United States Coast Guard, and the New York Post newspaper.

As the first Secretary of the Treasury, Hamilton was the main author of the economic policies of George Washingtons administration. He was a chief rival of his contemporary Thomas Jefferson.

While Hamiltons work and legacy are clear, his racial background was always in question for there were suggestions that his mother was mixed-race casting him as an Octoroon.

He was born into poverty to James Hamilton, a white Scottish merchant of St. Christopher, and Rachel Fawcett.

And hewas often reminded ofhis heritage as his enemies sought to marginalize him, an effort his biographies point out.

This has been his historic legacy.

America is observing the 400th anniversary of the first enslaved Blacks to the shores of the English Colony and 146 years before Hamilton would be born.

Blacks of varied hues contributed significantly to the building and sustaining of the nation. So the question of Hamiltons lineage is just as intriguing as his lifes work.

Race, and overcoming it, may be an undercurrent of the theme resonating in the bloodstreams of the 757 residents who will enjoy the musical until its final curtain on December 29.

Instead of the more traditional musical forms, for over two hours, Hip Hop, as well as R&B, pop, and soul, provide non-stop electricity for this show.

Audience members not familiar with this facetof the show may be seen scratching their heads, especially the Boomers and others not in tune with the power of historic characters like Hamilton, Aaron Burr and others rapping every tune that Gen-Xers and Millennials find appealing.

Reflecting on the rumors of Hamiltons alleged dual race is the multi-racial cast of the musical.

There are two road crews, and the 757 is witnessing the work of 37 the Angelica group.

Many of the artists play dual roles and the 757 audience has been watching a brown-skinned James Madison; a dark-skinned Marquis de Lafayette; a white Eliza Hamilton (the main characters wife); and a white King George. History records all of them as being white.

Edred Utomi is portraying Hamilton on the Norfolk stage. The Las Vegas native first did the title role in Pittsburgh. The University of San Diego grad took over the role for the Angelia Unit last January. He joined the crew a year before and was a standby actor for Aaron Burr ( who killed Hamiltonin a duel), Presidents Washington and Jefferson, and Lafayette.

Born in the United States, he is an offspring of Nigerian immigrants who arrived in the states with three of his siblings in tow. He and a younger brother were born stateside.

He grew up in Las Vegas and started acting in high school.

Utomi said he and Alexander Hamilton have some things in common. Both had immigrant roots whose less than privileged backgrounds were motivation rather than a weight.

Unlike his more privileged collegiate schoolmates, Utomi was not exposed or trained in the musical theater at age 3 and did not have his first role in singing on stage in college.

He said he was not drawn to the musical theater because you did not see many people who looked like me.

He had no professional experience with rapping prior to joining the Hamilton musical, although he grew up listening to Hip-Hop music and spends a lot of time watching battle Rap videos on YouTube.

Before he leaves the 757 he hopes to visit some of the historical sites mentioned in the show, Including Yorktown, where the American Revolutionary Army handed the British its most stunning defeat.

Utomi said that despite being an immigrant with perceived shortcomings, Hamilton was given a second chance, something many immigrants are not afforded.

The only thing I knew about Hamilton was that he was on the $10 bill, said Utomi. Now I know him. He was humanhad shortcomings and was flawed. He did amazing things.

He said he is impressed with Hamilton who believed one made do with what you have.

Do what it takes to get to where you want to be, said Utomi. Hamilton had a powerful legacy. Legacy is what you leave behind.

Follow us
In this article:Edred Utomi, Hamilton, Musical, Urban Music