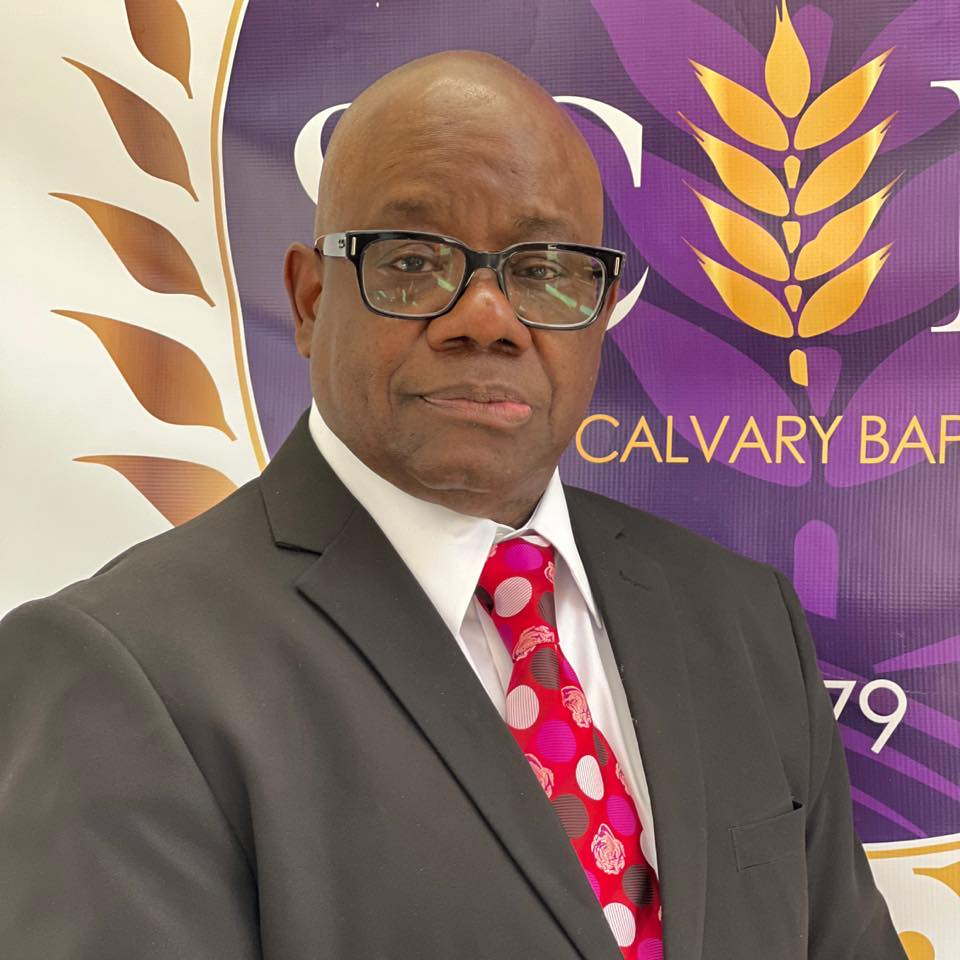 Rev. Dr. Geoffrey Gun said he delivered a May 22 (Sunday) sermon to his congregation where he said, “that there was a possibility of death at any moment…no matter where you are.”

Guns, who has been leading 2nd Calvary Baptist Church in Norfolk for more than three decades was not addressing death’s shadow from the canons of Biblical prophecy.

A week earlier on May 14, a teenage white supremacist, shot dead 12 African Americans as they shopped for groceries on a quiet Saturday afternoon in Buffalo, N.Y.

Rev. Geoffrey Guns, as most Americans, heard of the news on television about the murderous and racist-inspired carnage at Tops Market in Buffalo.

Guns said his initial reaction mentally was “How does this continue to happen?”

He was preparing for the following day’s Sunday sermon. He then had to think about the trip he would be making to Buffalo.

“That meeting has been slated several weeks earlier,” said Guns. “It was not like I was going to Buffalo because of that tragedy.”

The incident was weighing heavily on his mind, he admits.

The shooter, identified as 18-year-old Payton S. Gendron, traveled for three and a half hours to the supermarket from his hometown of Conklin, New York, about 200 miles to launch his attack at Tops Friendly

Markets in the mostly Black East end of the city.

He even live-streamed the attack on Twitch. He was taken into custody and charged with first-degree murder.

Gendron is reported to have written a manifesto, describing himself as a white supremacist and ethnic-nationalist motivated to commit political violence. He voiced support for the far-right “Great Replacement” conspiracy theory in the context of a “white genocide”.

The attack has been described as an act of domestic terrorism, and the incident is being investigated as racially motivated.

When he arrived, Guns said he sensed despair from his interaction with residents, especially his fellow clergy who lived in a “city draped in sadness.”

“There was a thick, dark cloud of sadness and a sense of futility and helplessness,” he said. “The questions people were asking was ‘how do we stay safe…how do we keep from becoming the next victims’.”

Guns said that one question people asked in Buffalo was ‘how they let this guy live when the police finally confronted and stopped him. How did he manage to walk away?”

Many African Americans noted that if the shooter had looked like them, he would have met the same fate as the people he mowed down at that supermarket.

The meeting of the clergy was not canceled, Guns said. The needs of the community and its response would be injected into the agenda of the gathering.

Guns said he joined fellow clergy to attempt to view the tragic site.

“We got as close as we could,” he recalled. “The city, state police and the FBI were doing their work and had closed the area off.”

“We were thinking among ourselves how does such tragedy happen to such a community,” he said. “It was a community already suffering from large swaths of poverty and disinvestment and crime. But the people

loved and cared for each other and this person comes and creates painful destruction and havoc.”

As with other older cities, Buffalo, like Norfolk, is a locale that saw whites fleeing to the suburbs. The city seeks to redevelop its past economic glory while at the same time grappling with isolation and disinvestment.

The two have offspring: crime, isolation, and neglect plaguing its Black neighborhoods.

Despite the existence of the Tops Supermarket, the area near the site, he said, is a food and commercial desert.

“People were very happy that Tops Supermarket was in the area,” he said. “It is one of the top supermarket chains in New York and people were proud that they had it in their community to buy food and not have to travel miles away.”

Now, he said, there is a fear that instead of reopening it, it may be closed.

Since Buffalo, the nation must contend with 19 mostly Hispanic children and two teachers who were killed at Robb Elementary School in Uvalde, Texas.

But Guns said he and his fellow clergy recalled the incident in 2015 when Dylann Roof, the young white man convicted in the mass shooting and killing of nine Black members of Emanuel African Methodist Episcopal Church in Charleston, South Carolina.

In the aftermath, Guns said, several years ago his church joined other Black congregations in hiring armed security guards to stand watch on Sunday and

Guns recalled that during the height of the COVID Pandemic, he and other churches were hosting vaccination and testing clinics.

He said he has received calls from “crazy people who were asking why are we doing the devil’s work?”

“Do we now need to add other guards,” he asked. “Is there any place where people are safe today? Churches, schools, Gay clubs, supermarkets are soft targets for young crazy white men for whatever reason to attack with assault weapons.”

Days after the tragic shooting in Texas, the National Rifle Association (NRA) held its annual conference. Former President Trump and other GOP stars spoke as hundreds of activists demonstrated outside, calling for stricter gun control laws from Congress.

President Joe Biden asked if “the American political community had the will to address the issue with effective legislation.”

“All Presidents have said this, from Bill Clinton (after the Oklahoma bombing to what we saw last week in Texas),” said Guns. “Talking and praying is not enough. Does this nation have the political will and

strength to do anything to stop the carnage?”

He said that White Evangelicals are only interested in the issues which directly impact their people, and helping the Republicans win elections.

“Until they address this issue with its people and the Republicans,” he said, “I fear we will have another

generation of people facing this kind of mass violence and extremism.”