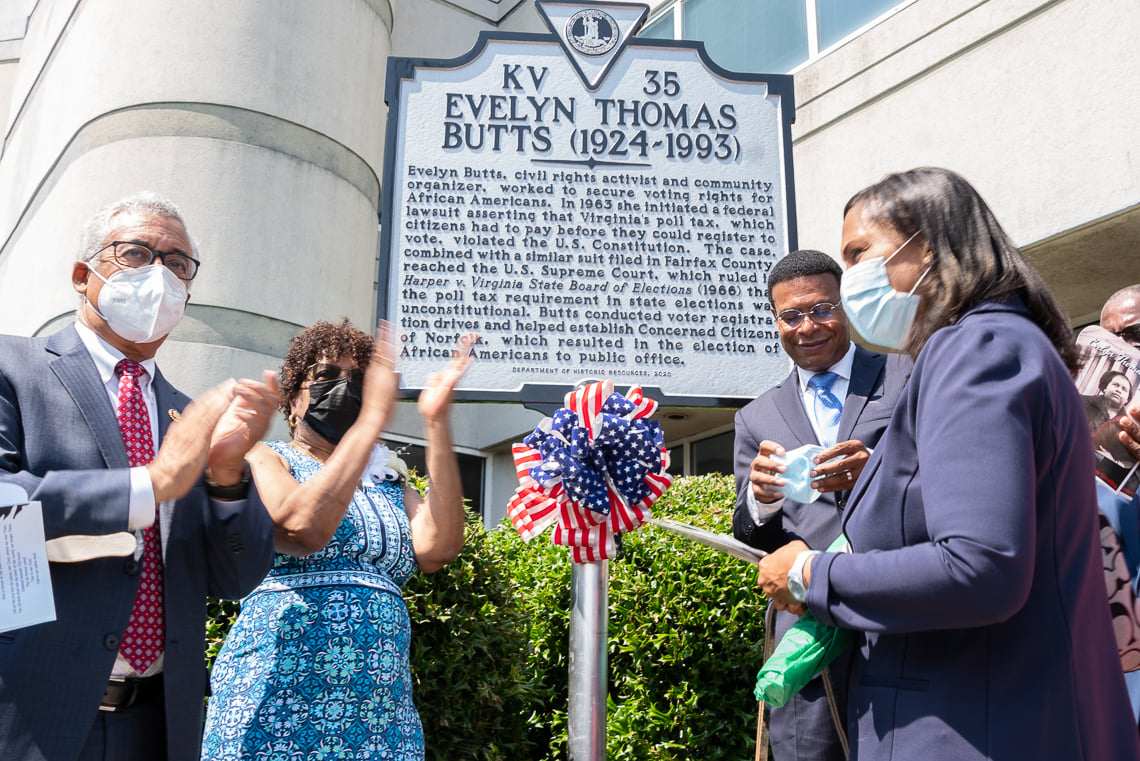 NORFOLK
On August 21, the City of Norfolk, unveiled a historical marker honoring the legacy of Mrs. Evelyn T. Butts.

Mrs. Butts was born in Norfolk in 1924. She helped eliminate the poll tax from state and local elections and registered thousands to vote. Butts challenged the poll tax in court, with the case going all the way to Supreme Court in 1966, which succeeded in overturning the poll

tax. In 1995, the City of Norfolk renamed Elm St. to Evelyn T. Butts Avenue – no other monuments or markers honoring her in Norfolk existed prior to the street’s renaming.

“Mrs. Butts would be proud that a historical sign was installed here in her honor. She would have been even prouder to know that she is still inspiring fellow citizens to vote and to help ensure the voting rights of other people,” said Norfolk Mayor Alexander, Ph.D. “That would be our greatest tribute to the life, leadership, and legacy of Norfolk’s own Evelyn Thomas Butts.”

Alexander has written a newly released book on

The marker is located in the Martin Luther King, Jr Civic Plaza at 645 Church Street.