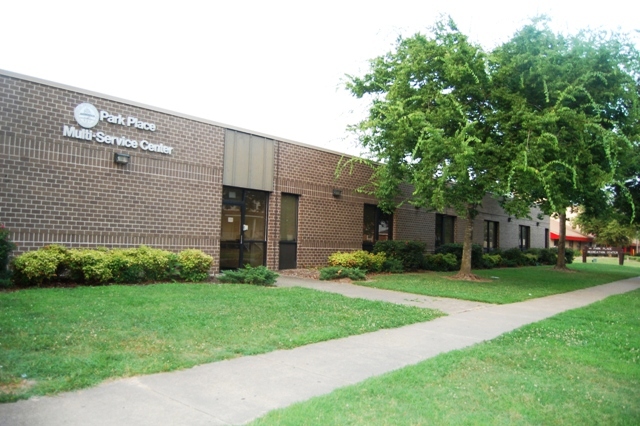 Responding to demands from the community as a means to combat teen gun violence, Norfolk is temporarily reopening its Team Norfolk Box program in the Park Place Multi-Purpose Recreation Center.

The city council recently approved the measure, and personnel from the city’s Department of Parks and Recreation were seen moving the equipment into the weight room and adjoining multi-purpose room in the facility last week.

City officials said that the Boxing Center will be up and operating by June 1 at the Park Place Multi-Services Center, 606 W. 29th Street.

This is the third home for the highly regarded facility which has been the training ground for several Gold Medalists to include Pernell Whitaker, 1984; Silver Medalist Keyshawn Davis, 2020; USA Boxing National Coach Daniel Campbell, 2008; and Olympic Assistant Coach Gloria Peek, 2012.

In November of 2016, the city moved the center from its home at Barraud Park to the Harbor Park baseball stadium – a space larger by more than 10,000 square feet, which cost the city $2 million to develop and build.

The facility was state of the art with two U.S.A. Boxing

regulation-sized competition rings and stadium-style seating for an audience.

But due to the COVID Pandemic in the spring of 2020, it was closed.

Then early this year, the city began envisioning that space as a temporary site for the Pamunkey Native American Tribe’s Waterfront Casino complex. It is scheduled to open next year a short distance from the stadium.

The reopening of the boxing facility may have been spurred by concern from the community, especially leaders of the “Gloves, not Guns” organization which organizes an annual boxing tournament in conjunction with the Gladiator School of Boxing, the Phoenix Reborn Project, and the Boys and Girls Clubs for the “Gloves Not Guns

The tourney’s goal is “to protest violence and encourage kids and young adults to find a local gym.”

Joshua Clark, who runs a mortgage business and is a political campaign manager, recalls that the first “Gloves Not Guns Tournament” was held in Norfolk, in Berkley, “I remember sparring in front of a big crowd at the Berkley reunion,” he said.

But when the recent 2022 tournament was held in Newport News, a Norfolk Boxing team was absent.

Clark and others are concerned about the future of a Norfolk Boxing Center. Although it is a positive move for the city to acquire a temporary home for the facility, he says it should have a larger and more permanent home.

Clark said the Park Place site is the fourth home for the facility as the city seeks to find a permanent site for it.

After it was moved out of Barraud Park in 2016, it was moved to Harbor Park, then to sites in Campostella, Ingleside, and now the Park Place Multi-Purpose Center.

Clark and other supporters of the facility believe the Boxing Center has proven to play a key role in giving young African American men, especially, an outlet to indulge “in constructive activities as opposed to destructive ones which place them at risk.”

“By moving it around, they are creating the same volitivity and uncertainty in young men’s lives that makes them at risk,” Clark said. “They keep moving it from one place to another and telling the kids you have to go here and go there and not planning any way for them to have access to this outlet. It’s like the uncertainty of access to resources these youth need to stay out of trouble and be

Early last month Clark along with Dorsett Barnwell, a former professional boxer who is a product of the Norfolk Boxing Center, submitted a plan for a public-private partnership with the city.

For the past three years, Barnwell has been running his 76,000 square feet Easy Work Boxing and Fitness center in the Military Circle Mall. Their plan called for the facility to be located at that site.

Clark said he and Barnwell proposed a plan that would cost the city a “bare-bones amount of $76,000 to convert Barnwell’s facility to accommodate the center, funded by the city. Another Plan called for roughly $350,000.

Easy Work Boxing and Fitness, and other partners, would sponsor a program that provides a nurturing and supportive environment in which the youth of Norfolk can build self-esteem, establish strong relationships with peers and adults, and support the development of a healthy identity. The proposed program integrates multiple

interventions to help youth develop positive self-esteem and identity alongside the promotion of strong peer and adult relationships.

This would include buses from the facility for youth all across the city who do not have viable and reliable transportation to the facility on a daily bases.

Clark said the start-up cost is far less than the facility spent to build out the facility at Harbor Park, which is now being considered for the temporary casino site.

But according to Mayor Kenny Alexander, the city staff recommended that the council reject the private plan. He said the city was responding to public demand to reopen the Park Place and other recreation centers and “overall it was a better location.”

Clark said, “Dorsett Barnwell is not trying to get rich, because you really can’t make money running a boxing facility. All we want to do is to get the city of Norfolk out of the boxing business and allow people who know the importance of sports and how it can help our young people. But the city just keeps kicking the can down the

Mayor Alexander said that they agreed that the Park Place site is too small and that it would stand as a “temporary site” at this time.

In a statement to the media last week the city said, “Negotiations on a new location for the boxing center are still in the works and City Council will be updated as things are finalized.”

“There isn’t any cost associated with this move, just sweat equity,” the Mayor said in a statement to the GUIDE late last week. “Parks and Recreation staff have relocated the equipment and outfitted the facility. This is a vital program to and for the community as it instills discipline and self-control in young men and women;

leadership and the tutoring component of the program stresses excellence in academics. This is an Olympic and gold standard program provided by the Department of Parks and Recreation.”

In a media release, the city also said, “The boxing program mission is to use amateur boxing to develop positive character, self-discipline and model behavior. Team Norfolk boxers are also required to pursue