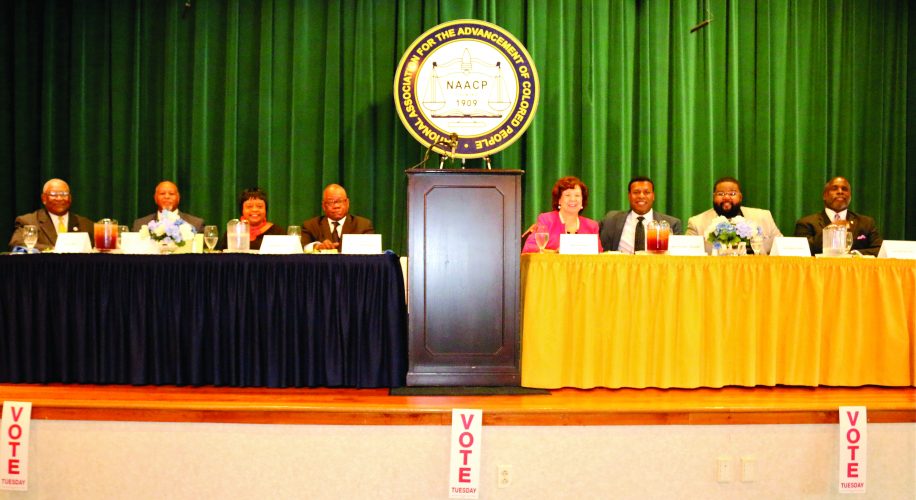 The Norfolk NAACP hosted its 61st Life Membership and Freedom Fund observance with a Luncheon on October 6 at the Murray Center Taste N’ See. The branch is under the leadership of Joe Dillard. The Mistress of Ceremonies was New Journal and Guide Publisher Brenda H. Andrews. Greetings came from Norfolk Mayor Kenneth C. Alexander.

Keynote speaker Rev. Dr. Geoffrey Guns introduced himself as a preacher with a message from Jeremiah 29. Under the theme, “Seek the welfare of the city”, Rev. Guns, Senior Pastor of Second Calvary Baptist Church in Norfolk implored the audience to see its purpose and mission to work with city officials to better the lives and livelihood of Norfolk citizens, especially the less fortunate.

“We must rise above meetings without action,” he said, encouraging the need to take “bold steps” to make city life beneficial for all of its citizens.

Civic leaders, he said, must insist on higher wages to improve the economic livelihood of Black families in Norfolk.

Guns spoke specifically about the plight of Black men who are unemployed and unemployable and spend their days in unproductive ways such as standing on street corners. He encouraged social and political policies be enacted by local government that take seriously this plight in order to lead to the establishment of safe and healthy families and communities in the city.

“If the city thrives, everyone thrives,” he said. Guns concluded his address by urging prayer for city leaders and everyday citizens to petition for change in conditions that keep the city from meeting the needs of all citizens within its borders.

The theme for the luncheon was “Defeat Hate—Vote” and attention was placed on the need to vote in the upcoming November 6 election.

Two political leaders were awarded by the branch—U.S. Congressman Bobby Scott and State Sen. Lionell Spruill. The Presidential Award went to Mrs. Cora Bridgers, who was saluted for her continuing support of the branch and selling the most tickets to branch events.