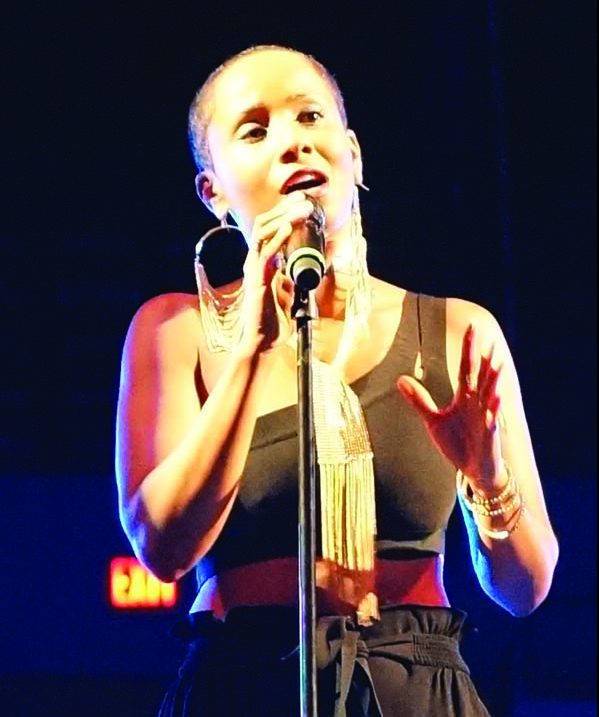 NORFOLK
The Norfolk Jazz Festival kicked off its 34th annual celebration in the air conditioned comfort of the Norfolk Scope Arena instead of the downtown waterfront at Town Point Park due to the threat of inclement weather. Concert goers were not disappointed because this year’s artist lineup brought the same musical heat and thunder to the event that they have become accustomed to hearing at one of the premier jazz festivals on the East Coast.

On Friday (July 15), the Michael Clark Band opened the show. They were followed by the Sax Pack, featuring Jeff Kashiwa, Steve Cole, and Jackiem Joyner. The headliner was Brian Culbertson, who delivered a dynamic performance which kept the crowd on its feet as Culbertson displayed his musical talent equally on keyboard and trombone. Saturday’s show (July 16) was one of the best attended in festival history, according to the evening’s MC, Anita Blanton of WAVY-TV. The Forte Band, a local jazz group, opened the concert. Vivian Green was next , and she rocked the festival with her soulful vocals and intimate rapport with the audience. Green was followed by the triple threat smooth jazz attack of Jazz Funk Soul, featuring Jeff Lorber, Chuck Loeb, and Everette Harp. The headliner was the smooth jazz duo of Gerald Albright and Jonathan Butler.

Albright enthralled the audience with his masterful saxophone sounds, while Butler grooved festival goers with his jazz guitar and soulful vocals. Butler threw a shout out to Eddie’s Crab Shack in Chesapeake, noting that he had dined on steamed crabs before his set. Anita Blanton encouraged festival goers to tell Festevents what they thought of this year’s concert series. Patrons are also encouraged to tell the Guide about their experience at our New Journal and Guide VIP Club, and overall thoughts on the concert weekend.