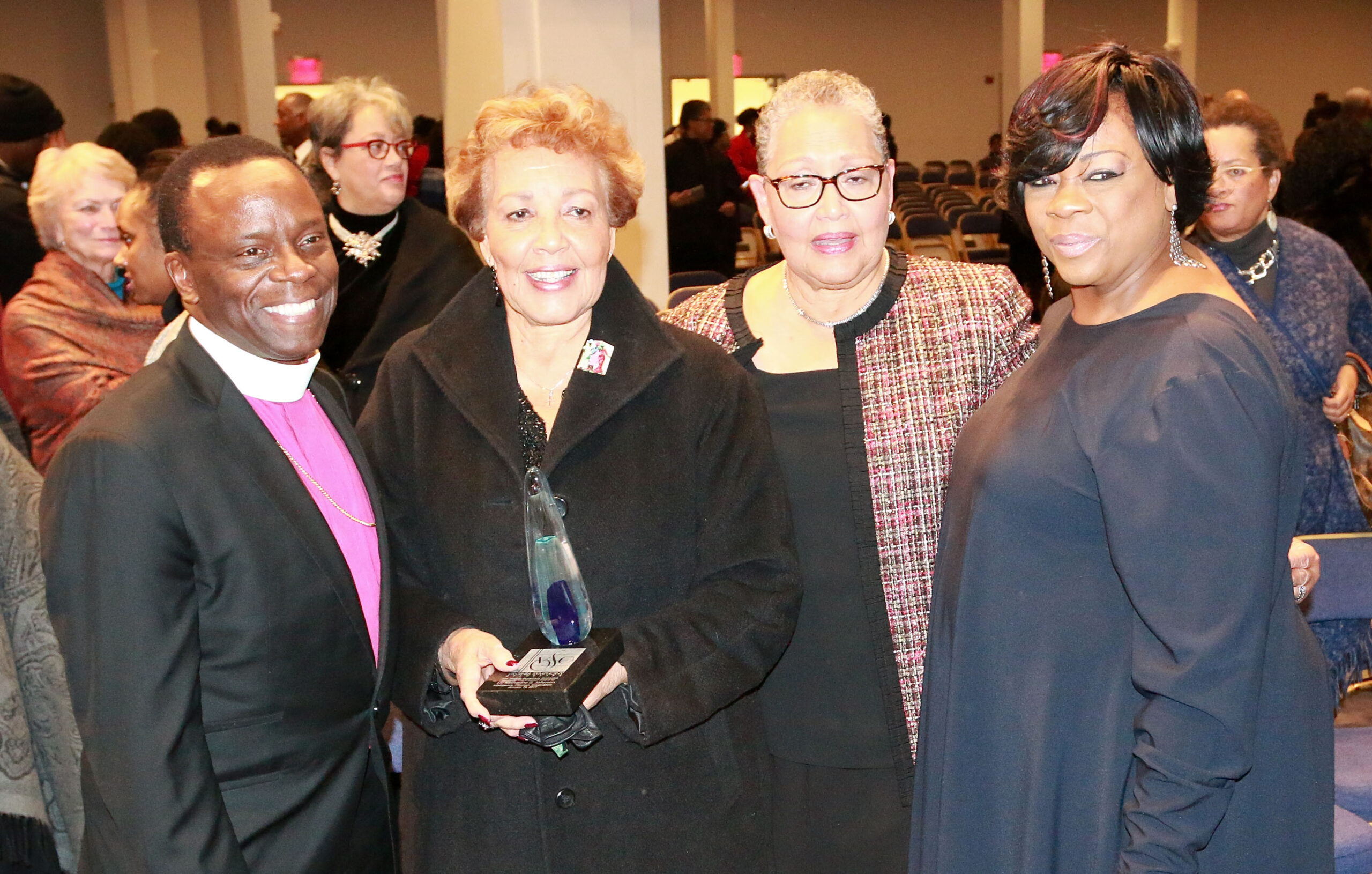 NORFOLK
The daughters of Dr. Katherine Johnson were on hand Sunday (Jan. 15) at Calvary Revival Church to receive their mother’s award as the 2017 Dreamer Award winner presented by the City of Norfolk and the Virginia Symphony.

Dr. Johnson is famously known as the mathematical genius who helped launch astronauts like John Glenn into space during her work at NASA in the 1950s and 1960s. The hit movie “Hidden Figures” is now playing at theaters across the nation and details the story of African-American women who held technical jobs as “human computers” before the advent of the machines.

In accepting the award, Katherine Moore, accompanied by her sister Joylette Hicks, spoke of their mother, who at age 98, is being celebrated for her work that was brought to light in the newly released book “Hidden Figures” by Margot Shetterly. Shetterly’s research included old news stories that were recorded by Black newspapers, including the Journal and Guide, about Johnson and the “human computers.”

Moore said her mother loved her job at NASA and proclaims “she never worked a day in her life and was just doing her job.”