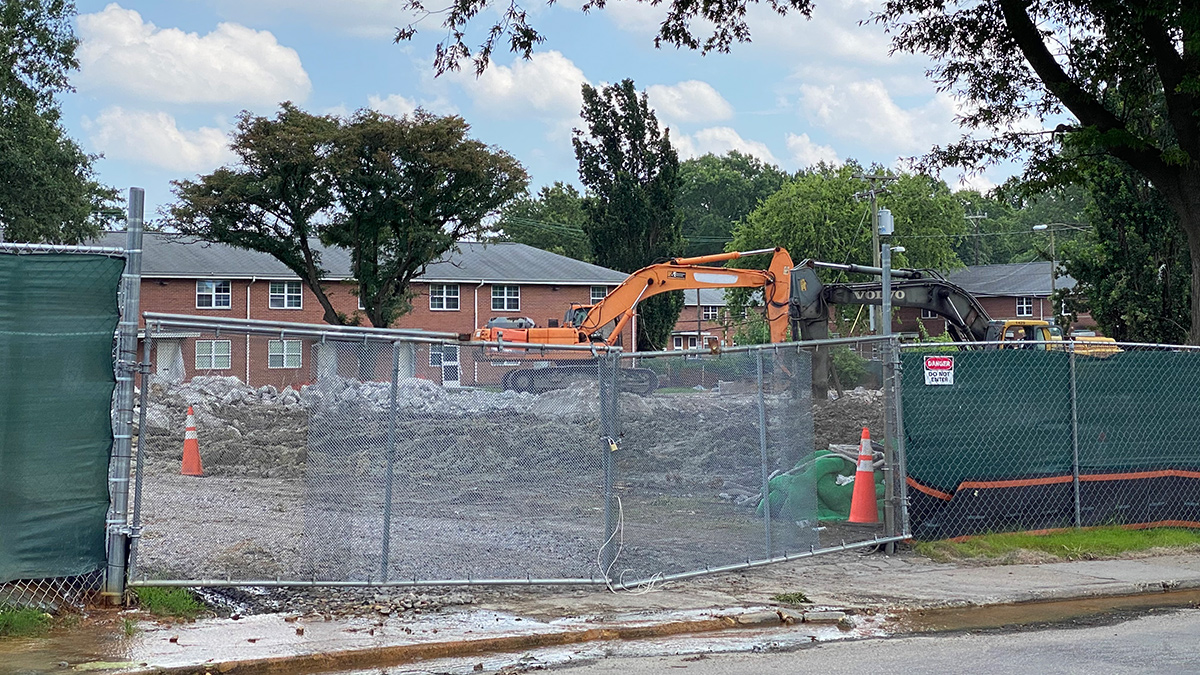 The city of Norfolk needs to create policies that will erase the historic economic disparities confronting its Black residents.

This assertion was made before the Norfolk City Council by a committee of four Black leaders on the final day of the panel’s annual policy retreat at the Tucker Memorial Library in the Campostella area on October 17.

Realtor and businessman Ulysses Turner led the group and read the details of a proposed plan of action they presented for the city to accomplish this goal. For an hour and a half, the committee outlined their agenda to end the historic disparities facing Norfolk’s Black community.

First Baptist Church of Norfolk’s Senior Pastor Dr. Robert Murray was acknowledged as a supportive member of the committee but did not attend the council retreat.

Called the “The African Americans Agenda: Closing the Wealth Gap”, the proposal outlined the need for the city to create more private and public sector economic opportunities for the city’s Black residents.

It calls for Norfolk to become a “financial” city that “works for all”, specifically for African Americans, to foster economic parity in hiring, development, pay and positions attached to large development operations with millions of dollars spent by the city or the Norfolk Redevelopment and Housing Authority (NRHA).

Turner was specific in referring to what his group deems a lack of participation by African American vendors to compete in the city’s procurement process that awards contracts to provide goods and services to the city.

The agenda identified three initiatives to accomplish this, including the creation of a Business Development Office to provide access to funding sources, business advice/education, contracts, and business opportunities to increase the number of Black vendors.

Turner and other members of the committee identified the St. Paul’s Redevelopment Project, now underway in the downtown area, is a viable example.

According to Alphonso Albert, the project may cost upwards to a billion dollars.

It calls for the razing of three large public housing communities downtown that will be replaced with mixed-income housing.

According to Councilperson Paul Riddick, to his knowledge, the only Small Women and Minority (SWAM) owned firm currently contracted on this major project is owned by a white woman. It has been contracted to demolish the Tidewater Gardens Public Housing area.

The downtown project is a joint effort between the city and NRHA.

Turner noted in his presentation, major construction and development contractors are secured by mostly white businesses with “individuals relationships” or connections with key city officials.

Another initiative of the ad-hoc committee called for the city to donate 900-plus vacant and unused “gem” lots of land to Black contractors to be used to build single-family homes.

Turner told the council that donating land “is not unheard of,” because it is not usual for Norfolk to donate land valued at millions of dollars for the construction of garages and other structures by large developers “and this must stop,” he said.

Turner said white contractors are bolstering their wealth with city contracts, while paying workers $15 an hour in mostly non-executive employment.

Another agenda item Turner read was an enforcement of “Minimum Housing Codes” throughout the city and most notably in predominately Black communities.

Turner said this would heighten the property values and housing stock in these areas.

Civic league leaders have long complained that the city is slack in enforcing housing codes in Black communities, allowing properties to erode then seizing them to sell at a low price to white developers.

Turner told the GUIDE a city official told him that the city does not have the manpower it once did to inspect dwellings before they are rented out to occupants.

“How can you develop if you can’t inspect. I drive around and see the deplorable conditions of these old homes in our community,” Turner told the GUIDE. “If I can see it, why can’t the city?”

During his presentation, Turner told the council that ‘If you support our document, we will have more college graduates…role models…high school graduates, entrepreneurs, and less crime.”

“…(W)hen it comes to retaining talent, too many NSU graduates go to Atlanta, Washington, D.C. Charlotte, North Carolina, and New York,” Turner said. “Why? Because of the lack of opportunities for African Americans…and they say they feel less toxic energy when they work in those cities.”

“We heard that term from Pharell Williams,” Turner said about the music artist’s announcement several weeks ago of his refusal to bring back his “Something in the Water Concert” to the Virginia Beach Oceanfront.

“Now is time for Norfolk to create more parity,” Turner read before Council. “We can start by hiring more African American contractors, developers and vendors; hiring more department heads and other higher-paid positions with people who look like us.”

Follow us
In this article:Feature, Featured, Housing Authority, NRHA, The African Americans Agenda