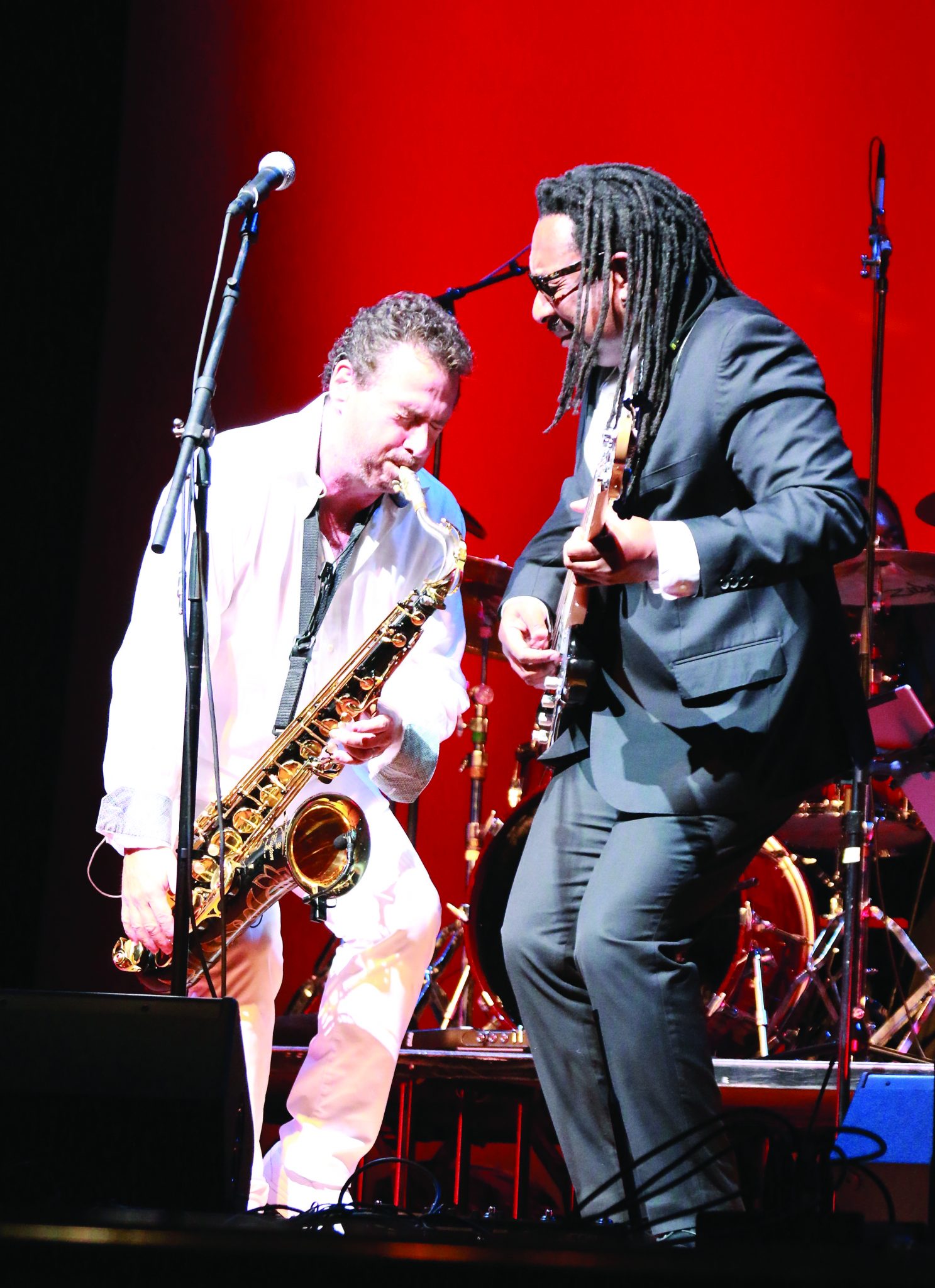 NORFOLK
Persons attending the Richard Elliott Show at the Attucks Theater last Saturday night got an extra treat when Jay and Priscilla Lang of the HJLang Foundation presented a musical instrument during intermission to Zymari Jackson. The foundation is committed to gifting talented middle and high school students in each of the seven Hampton Roads cities during the annual Church Street Jazz Series which Lang founded and produces. Zymari, a Northside Middle School student was accompanied by his mother Savannah Jackson, and was referred by Danielle Roby, the senior coordinator of music at Norfolk Public Schools. His music teacher is Dionne Sexton. The presentation was made in the name of two of the sponsors of the Jazz Series, Brenda H. Andrews and the New Journal and Guide, and Dr. Keith Newby, founder Fort Plaza Medical Center.