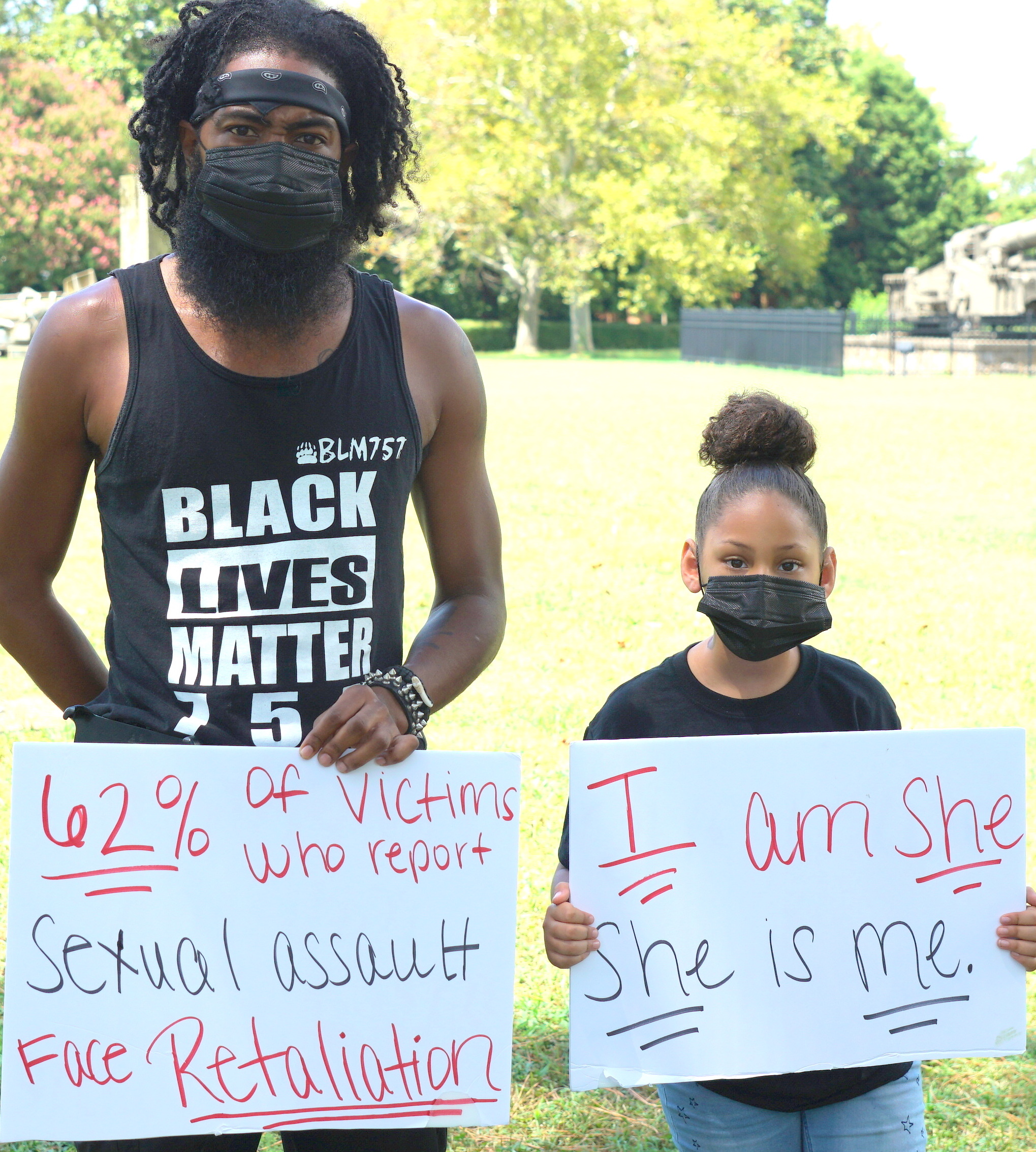 The purpose of the rally was to bring awareness and change to the military in terms of prevention and consequences in sexual assault cases.

Local rally organizer Tomeka Aquire, a veteran MST survivor, started the rally by reading a list of names of non-survivors of MST. She then read a list of names of MST survivors who are currently incarcerated in U.S. military prisons across the nation and issued a call for legal assistance for them. Aquire said that her local activism began when 13 MST survivors met on a Facebook page called “Beauty in Boots.” Black Lives Matter 757 president Aubrey Japharii Jones discussed the progress his group has made in having the Confederate Monuments removed in Portsmouth, Norfolk, Virginia Beach, and Newport News but cautioned, “We still have a long way to go in bringing social justice to Hampton Roads.”

He said that systemic racism runs deep in Hampton and Virginia Beach and that the road to social justice victory in those cities will be longer and more difficult.

Jones said that his group still has not been able to meet with Rep. Elaine Luria. He said BLM met with former Rep. Scott Taylor and had a cordial conversation on a variety of social justice issues. He added that BLM has not endorsed a candidate for the House of Representatives seat for the 2nd District.

Jones exchanged greetings with Guide publisher Brenda Andrews by way of cell phone before his duties at the rally rushed him away. Jones thanked the readers of the New Journal and Guide for their support and for keeping up with BLM 757’s activities in the fight for social justice in Hampton Roads.