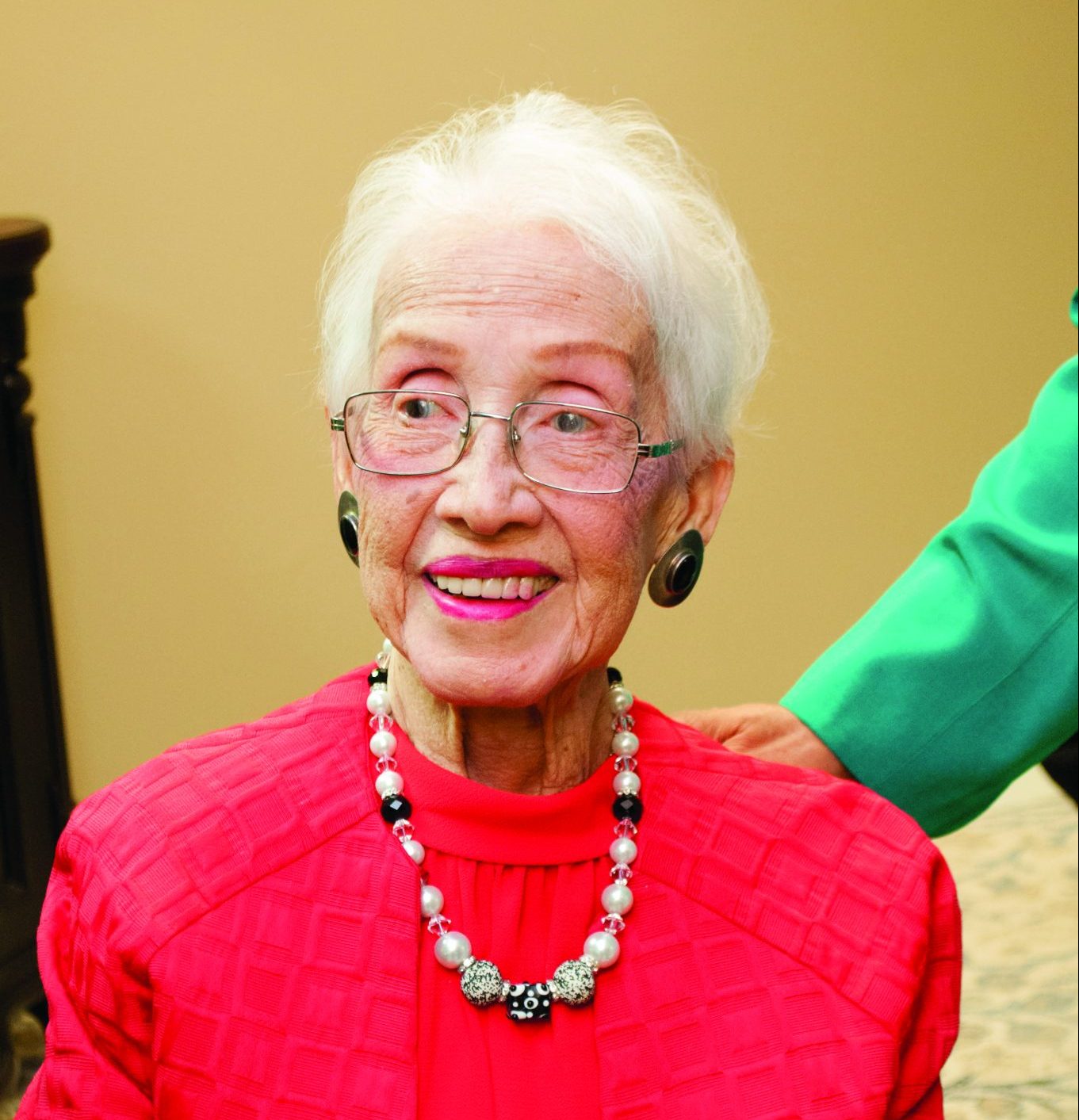 NEWPORT NEWS
The Newport News Chapter of The Moles, represented by President Bonita Hunter, presented a Resolution in honor of NASA Mathematician Katherine Goble Johnson on Monday, November 20, 2017 at her place of residence. Earlier this year, the local chapter and the National body of The Moles adopted the Resolution to honor Mrs. Johnson’s outstanding achievements, leadership, dedication and service in the fields of Mathematics, Science and Aeronautical Engineering.

The Mole members of the Newport News Chapter and their spouses, The Mules, were in attendance for the presentation. Johnson’s granddaughter and Hampton native, Katherine Michele Sanders was also in attendance to say a few words. Sanders, an educator, resides in New Orleans, LA.

Johnson was honored and commended for: setting an example as a pioneer woman in the aerospace field; her 33 years of ground breaking service and work at NASA Langley; her excellence in mathematics and education; receiving the Presidential Medal of Freedom from President Barack Obama; her achievements and portrayal in the book and the Oscar nominated movie “Hidden Figures;” and her historical contributions to the community as well as the country.

Katherine Goble Johnson’s favorite quote: “Remind the children that they have to want to learn.”