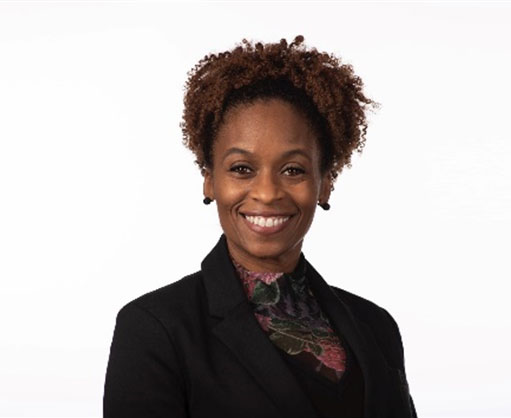 The show, featuring music from various strands of the African American experience, tap dance, and song, is touring the country.

As Afro-centric music was featured on the stages under lights, African American music lovers were well represented in the audience.

But except for the recent Uptown Night Show, and an occasional show with an Afro-centric theme, attracting a significant number of African Americans to VSO productions has been a challenge for all of its 102 years.

Recently, VSO intensified its goal of expanding Black representation on the stage and in the audience with a new addition to the staff.

Nikki Thorpe has been on the job as the first-ever Director of Diversity and Engagement at Virginia Symphony Orchestra for a month.

Her task is to expand the number of African Americans performing for the VSO on stage and in the audience savoring and supporting it. The VSO season runs from September to June and the organization’s seasonal program offerings provide a variety of music genres representing diverse cultures.

There are 55 musicians playing the brass, string, and percussion instruments to create the classic and popular music selections the Orchestra produces. White men and women, and Asians appear on stage currently. But there is a lone African American—a violinist—sitting among them. Then there is the chorus of 80 artists lending their vocal artistry to complement the instrumental productions of the Orchestra.

Currently, there are no African Americans among this group. VSO artistic and administrative leaders are well aware of this disparity. Hampton Roads, and specifically Norfolk and Newport News, where the Chrysler and Ferguson Theaters are located each have large populations of African Americans of varying incomes and cultural interests.

VSO is not alone in confronting this trend. Orchestral outfits elsewhere are seeking to devise ways to improve it.

Last summer the VSO took a major step when it named Thomas Wilkins, an internationally renowned African American conductor and Norfolk native as its first-ever Principal Guest Conductor. Wilkins is a product of the Norfolk Booker T. Washington High School. He said he was inspired at age eight to pursue a career as a professional conductor when he attended a youth concert as a student at Young Park Elementary in Norfolk.

Currently Wilkins is principal conductor of the fabled Hollywood Bowl in Los Angeles, as well as Artistic Advisor for Education and Community

Engagement at the Boston Symphony Orchestra. He served 17 years as director of the Omaha Symphony and has been a Guest Director for many of the major orchestras in the U.S.

Thorpe was recruited from Pittsburgh to continue the VSO momentum. She was the Director of Diversity, Equity and Belonging (DEB) for the Coalition for Christian Outreach (CCO) in Pittsburgh. For over a decade she provided strategic direction and advocacy around Equity, Diversity, and Inclusion. She has a B.A. degree from Akron University, and she earned a Diversity Certificate from Cornell University. She also helped the CCO organization curate live music performances for annual conferences and training events.

Pittsburgh’s CCO, thanks to Thorpe, now has an outreach program targeting colleges and universities across the country, and Thorpe developed and honed her skills in creating a culture and policy for the organization.

So far as outreach to the campuses, Thorpe said she helped develop a “playbook” for outreach, recruiting, and internal communications. She encouraged the CCO to adopt and apply effective and sensitive language and policy on cultural differences and gender and racial issues.

She said culturally sensitive language and inclusion were especially critical for students of color at traditionally white schools and HBCUs.

So far as HBCUs, she noted with the tense racial climate in the nation now, the CCO had to apply more culturally sensitive outrage and care for African American students experiencing racial isolation and trauma.

She requested that CCO conduct a diversity audit, schedule a series of town hall meetings, and had “courageous” non-toxic conversations on issues with everyone at the table having a voice in resolution. Now Thorpe has set her sights on Hampton Roads and the Virginia Symphony Orchestra.

Already in place is the VSO’s Harmony Project which is designed to reach out to area Black clergy and other leaders to stimulate support and interest. She said she will engage local colleges and universities, social and civic organizations, such as the Urban League, and minority media outlets in all of the seven major cities of Hampton Roads to build support and communications.

Thorpe said the VSO will seek to recruit talent from the areas of high school and colleges. She said a fellowship program with four music students will train and play with the orchestra and receive added training at ODU.

“They will then become ambassadors to help us pursue our goals of diversity,” said Thorpe. “In my role, I think I am ambassador to the community to build diversity through relationships and engagements.”

Collin Norman, who after a stint as events coordinator with Christopher Newport University and the St. Luke’s Museums in Smithfield, is new to the VSO operation, as well. He is the VSO’s Marketing and Communications Officer. He said that diversifying the organization’s cadre of performers and audience would improve its brand and economic standing.

He said that VSO like other organizations are working to attract Millennials and Gen-Xers as artists and symphony patrons as the population of Baby-boomers who cultivated the urban cultural networks ages. Thorpe said that one of her biggest challenges is dispelling the stigma that outfits like the VSO perform classical music only.

Thorpe and Norman said that VSO will continue to schedule concerts and other events which highlight the cultural diversity of Hampton Roads and the nation.

“My main initiative is to assure that this organization reflects the community it serves,” said Thorpe. “I see so many opportunities starting with Norfolk and working my way out to other parts of Hampton Roads.”