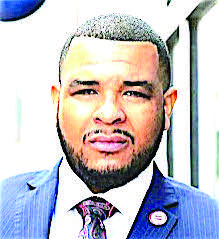 The May 1, 2018 municipal elections are now history for Chesapeake, Franklin, Norfolk and Newport News.

But one of the most vexing outcomes was the low turnout of voters, notably in Norfolk, where only 9 percent of the voters turned out to the polls.

In Chesapeake, it was 15 percent.

The low turnout was especially noteworthy in the poorest communities in Norfolk,

For instance, in Young Terrace public housing community, out of 2,975 eligible voters only 162 people voted. At Ruffner Academy, where most of the people in the Tidewater Gardens public housing enclave live, of the 1,115 people eligible to vote, only 23 did.

In Chesapeake, Dr. Ella Ward won another four-year term. She was first elected to council in 2006 and has the third longest tenure.

Ward received the highest number of votes cast for council candidates, 11,765. Only Richard W. West in the race for mayor received more votes, 13,342.

In fact, Ward received more votes than all of the candidates challenged and unchallenged who ran in the four Norfolk council races, which attracted only 8, 525 votes. This included write-ins.

Carlos Clanton can now vouch for the idea that “every vote counts.” He won a close race in Ward 3 for the Norfolk School Board. Out of the 1,771 votes cast he received 717 versus his nearest competitor Jackie Hope Glass, who got 683, a winning margin of 24 votes.

Two days before the May 1 election, the daily Virginian Pilot ran an article detailing questions about Clanton’s leadership as Executive Director of the Norfolk Education Foundation.

It is the fundraising arm for the Norfolk Public Schools. Clanton left that post and secured another job with a non-profit social action agency on the peninsula.

It is yet to be determined how much of an impact that article had on the contest, according to voters and supporters who talked to the GUIDE on the Ward 3 school board race.

But many of them found the timing of the article to be “disturbing,” since the attention the news article raised had been floating in the community as unfounded rumors since late last year.

Clanton said he believes he won because he stayed on message and remained focused on ensuring results.

“I’m a product of my community and they know my heart, my work, and intention for seeking office. Before my mother passed away in June 2017, she encouraged me, ‘Don’t Stop. You have so much good to do.’”

Clanton said he recognized his was a close election and “that I have some outreach to do. It’s my intention to spend the next couple of weeks doing just that, reaching out to everyone who wants to do what’s right for children.”

With the election of Dwight Parker to the panel, Chesapeake will now have two elected African Americans on council.

Dr. Ella Ward said she is determined to secure the Vice Mayor’s position and has been openly lobbying for the post among her colleagues.

The council will have its reorganization session June 26 and she hopes she will have secured enough support to secure the Vice Mayor’s job by then.

Ward said that with her tenure, grasp of the issues facing the city and visibility in the community, she has viability as a candidate for the slot.

“I am not the mayor,” said Ward. “But often I find myself being the only representative from council at local events like a retirement program where 122 educators retired or at the recent NSU graduation events.”

Ward is the chairperson of the Hampton Roads Planning District Commission which contributes to decisions on a wide variety of economic and other issues facing all of the 17 cities of the region, including Chesapeake. She is also a member of the Hampton Roads Transportation Planning Organization.

“These positions give me insight into issues and the needs facing all of our communities, and they are very complex,” said Ward. “A Chair of the Planning Commission is like being the mayor of a region and you must have insight and lead on a variety of issues. I have been given another term on that panel and that says a lot.”

In Franklin one of the most drama-filled spring campaigns ended with Third Ward council incumbent Greg McLemore winning 187 to 98 over Andrea G. Hall Leonard, currently the vice chair of the city’s school board.

McLemore called it a landslide, with 61 percent of the vote, despite the low turnout of voters. Also, the race revealed some debilitating fissures in the Black community, with long time political allies working against each other.

“I think poor and working class people wanted a voice on council and they responded by granting me another term,” said McLemore. “I will be speaking out and working on their behalf during my next term.”

The city sought to give residents some relief by allowing them to pay bills in installments which ran over $800 for some of the poorest families in the city.

The city is conducting an audit of its electric power grid, especially the meters. McLemore said Franklin should have allowed companies to bid for the chance to do it. But the city manager selected the firm, which the councilman condemns.

McLemore said he will lobby state lawmakers to craft a bill to allow the State to supervise the operations of city-owned utilities. He said the power company is Franklin’s chief form of revenue.

“It has shifted the taxing burden from the rich, who do not have to pay high property taxes, McLemore said, “to the poorest people who pay these high utility bills.

Incumbent McKinley Price easily won the mayoral election in Newport News beating out three other challengers – including city Councilman Marcellus Harris – winning 55% of the vote. This will be his third term in office, and he says, his last.

Price said he will continue to champion for economic development, public safety, a reduction in youth and gang violence, and avoiding a tax hike.