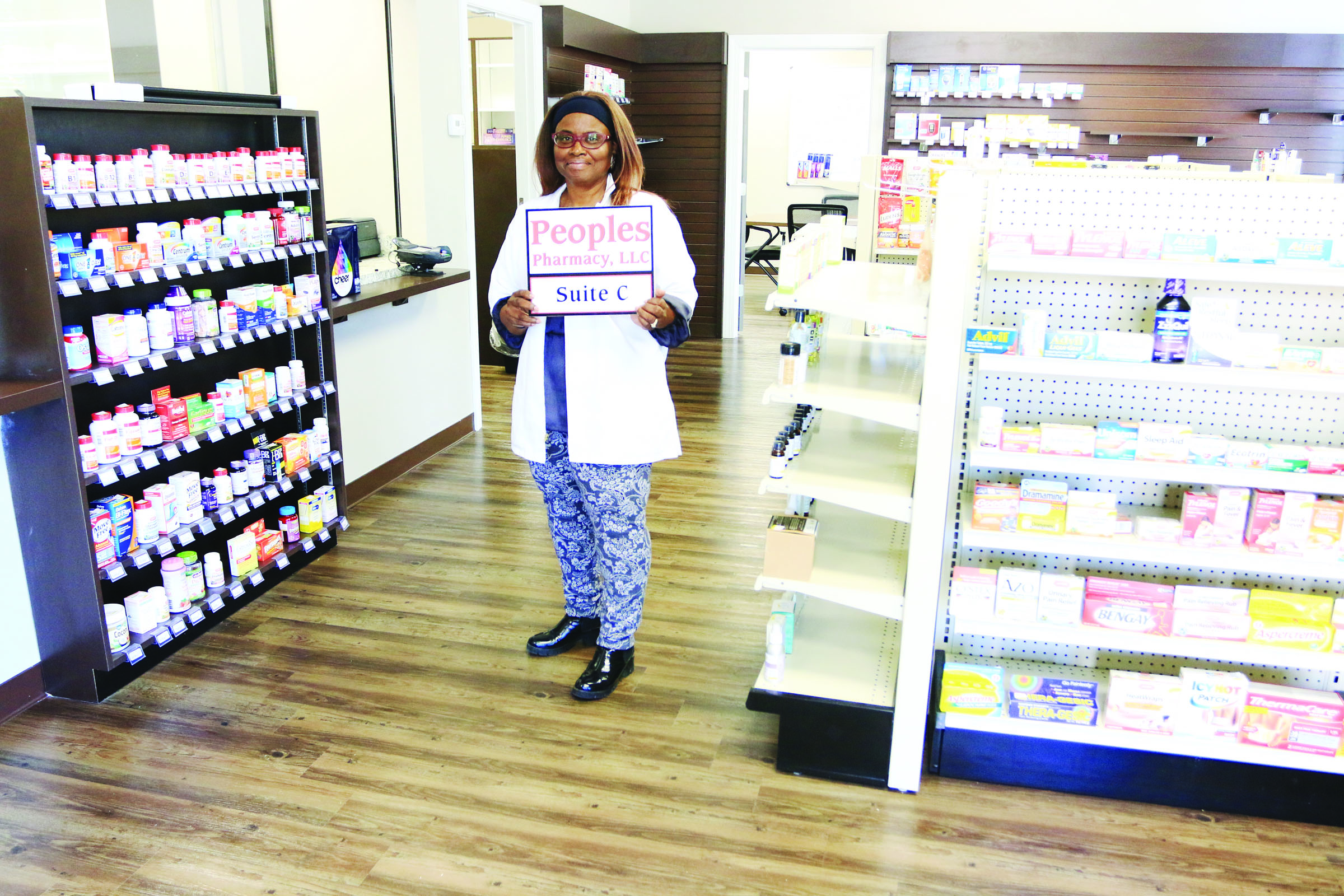 Eighty years ago, the first drug store owned and operated by African Americans opened its doors in the city of Norfolk at 1043 Church Street, during a time when that area of the city was the main business district for Blacks. John H. Owens and Howard W. Webb, according to a February 8, 1936 edition of the Norfolk Journal and Guide, proudly named the pharmacy the Booker T. Washington Pharmacy, using the name of their high school alma mater.

The two men, both undergrads of Virginia Union University and Howard University Pharmacy School, opened the enterprise across from where the “Booker T” Theater was located. Eight decades after that historic moment, another pharmacy, equipped to provide prescription services and other items for consumers, as well as a treatment center for people affected by diabetes will open its doors on November 1, according to the owner.

The Peoples Pharmacy and Diabetic Clinic will be located at 1446 Church Street in a newly constructed apartment and business building which will house it and several other businesses on the ground floor and affordable housing above them. The new owner is Dr. Anna Peoples, a Norfolk native, raised in the Campostella section of the city, a Texas Southern University undergraduate and a University of Shenandoah Pharmacy graduate.

Residents who live in the Wards Corner section of Norfolk have two drug stores within a stone’s throw of each other on West Little Creek Road. Nearby, three supermarkets, in a short walking of each other, offer over the counter pharmacy services. They also offer a section of the stores where over the counter drugs and other items normally found under the roof of a drug store are located.

But residents of Huntersville, where the Peoples Pharmacy is located, have to travel more than a mile to the nearest pharmacy in Ghent or further to Wards Corner or elsewhere to access such services. Also, they must travel long distance, by car and other public conveyance to facilities which care for them if they need weekly or daily dialysis to cleanse waste from their bodies’ failing kidneys.

“I am so honored to be able to provide such services for a community which needs it so much,” said Dr. Peoples. “This community, the African American community, in general, has a high rate of diabetes and other diseases related to it. For many people who are vulnerable to it, by the time it’s detected it is too late or they have to have limbs amputated. I hope we can alleviate some of those problems for people who do not have to travel so far to get the proper care.”

“I will not take total credit for this,” said Peoples. “I give the credit to God. I am just a tool and vessel God is using to help me help other people right here in Norfolk.”
The Peoples Pharmacy will be in a 3,000 square foot on the first floor of a building designed with eight apartments sitting above space for it, a new restaurant and other enterprises facing Church Street, according to Norfolk Councilman Paul Roddick.

Riddick said he has been involved in recruiting businesses, such as Peoples to the area since it was completed. Riddick said he supported Peoples’ effort to secure a grant and other funding available from the federal government and local sources to small, women and minority-owned businesses. “I reached out to her when I discovered her son was seeking to open a business in Campostella,” said Riddick. “She is a very remarkable and energetic person. Her business will focus on people who have diabetes and there are many in that community who have that disease but do not have the support they need. Now they do.”

Peoples said that not only will her pharmacy provide the traditional pharmaceuticals for the various maladies which affect the human body, but also holistic and natural remedies.
Peoples said her outlet will be a full service pharmacy and diabetic care center, which will employ two pharmacists, three clinicians and three technicians to handle various medical needs for customers and other services provided by the facility.

Along with dialysis and other support services for those suffering from diabetes, there will be pharmacy services for patients in need of transitional care when they are released from the hospital or other acute care facilities. Her company will also provide drug testing for companies needing drug screenings for potential employees and monitoring services for individuals who are receiving nursing care at home

“We want to be a holistic, full service and caring pharmacy for the people – our neighbors – we will be serving,” said Dr. Peoples. “When I say caring, I mean we want to know we care about them as people, and their social and economic positions. We want them to feel comfortable when they walk through our door … we will take care all of their needs respectfully and professionally.”

As the pace of her business increases and expands, Dr. Peoples said that her pharmacy will provide home delivery. Dr. Peoples said that while she nor any of her staff are physicians, she believes that their role is to support the medical care services provided by those who are. “I am not a physician, but I would like to believe we should complement the work of the physicians of our patients,” said Dr. Peoples, who will run the pharmacy with her son, Hamilton. “We know physicians are so busy. So they may not be able to fill all gaps and answer all the concerns of the people they help. But if we can do a little extra to fill in those gaps, it will help people overcome their illnesses.”

Twelve years later, according to the November 20, 1948 edition of the Guide, it is noted that John O. Webb opened a new Medical Center Building equipped with a pharmacy medical facility on Liberty Street in Berkley. This time his partner was Dr. J.J. Quarles, who was also a Howard University Pharmacy School graduate like Webb. It was one of the finest Black-owned medical facilities in the region.