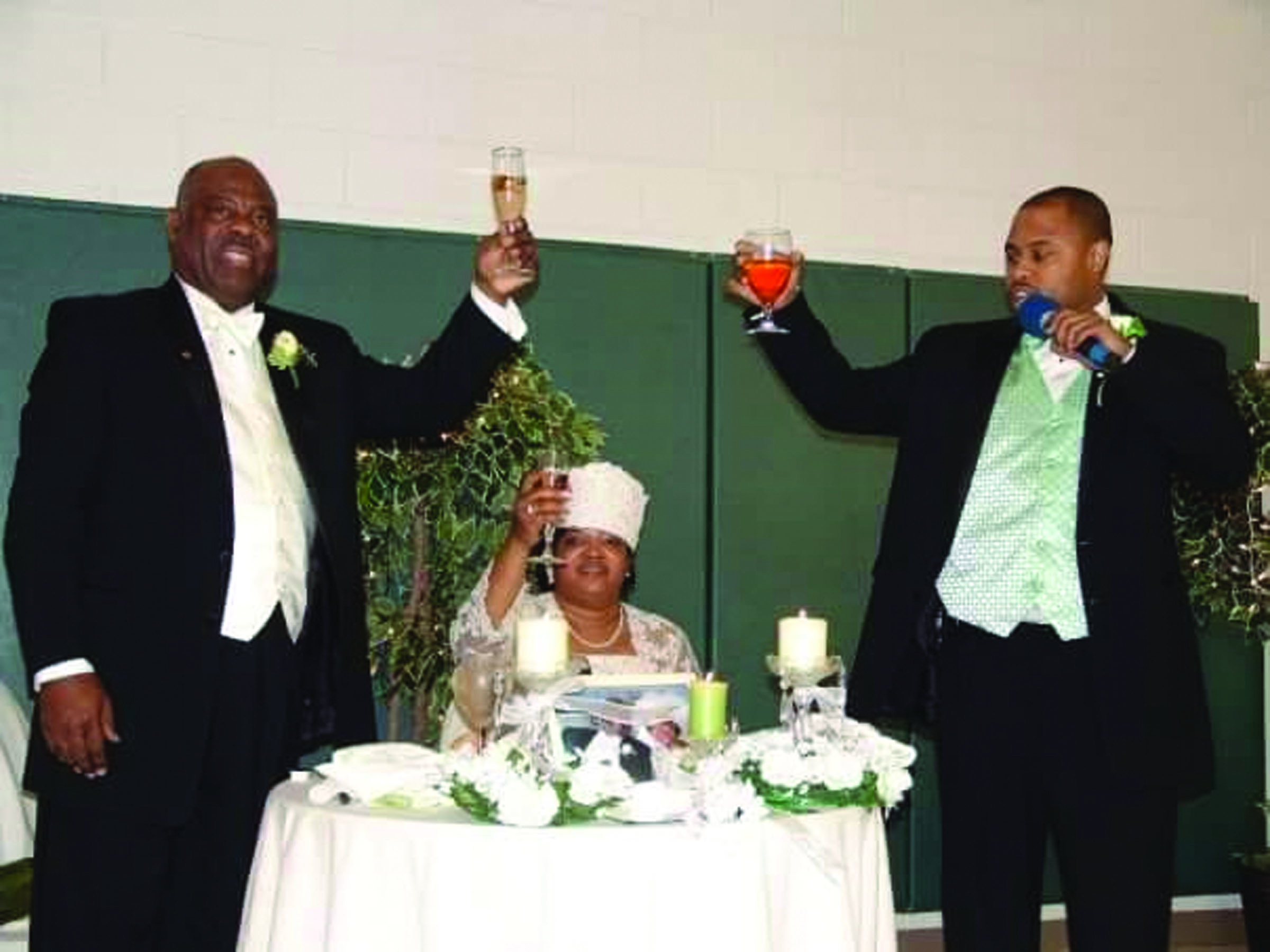 NEWPORT NEWS
Several weeks after his father wraps up his retirement dinner, Marcellus L. Harris III will become a member of the Newport News City Council. In a sense, it is like the son is following in the father’s footsteps. His father, the Rev. Dr. Marcellus L. Harris Jr. has pastored First Baptist Church-Morrison for more than four decades. He has also been a tireless community advocate. To celebrate 45 years of ministry, parishioners will hold a retirement and anniversary celebration on May 14 at 6 p.m. at the Marriott City Center in Newport News.

“My father has had a profound impact on my life,” said the Rev. Marcellus L. Harris III., who will slide into his chair for his first city council meeting in July. “It will mean a great deal, not just to me, but to my supporters.” He earned his undergraduate degree at East Carolina University and his master’s degree at Hampton University. Harris defeated Vice Mayor Rob Coleman in the North District, according to news reports. The only challenger to unseat an incumbent in the Newport News election, Harris received 53.4 percent of the vote to Coleman’s 46 percent. In 2014, Harris narrowly lost to longtime incumbent Sharon Scott, by only 179 votes.

“One thing I bring to the table is my experience in working with youth,” said Harris, who has taught in the local school system for 11 years. He also pastors youth at his father’s church. “I hope to bring a positive mindset to our youngsters. I would like to work in various programs including mentoring, parks and recreational programs, and athletic and arts programs. I would like to make these programs more accessible and affordable.”

While his father’s example has steered him, a graphic Aha moment several years ago made him run for public office. “I got the motivation to run for office in 2012,” he said. “I was working with students in the school system. And several of my students passed away due to gun violence–about five students. The oldest one was 24, the youngest was 16.” He said, “My Aha moment was seeing the pain on their mother’s faces at the funeral and seeing children at the funeral asking me for solutions. When they asked me what could they do differently? I told them that they would have to change what they were feeding their minds, and putting their energy into. That’s why I want young people to have more positive things to do.”

His concern for the community sounds extremely familiar to his father. An avid supporter of NBA player Allen Iverson, the Rev. Dr. Marcellus L. Harris Jr. said he began with a congregation of about 50, which has increased to more than 300. His top two priorities have been community involvement and building a strong ministry. “I am proud and excited for my son,” his father said. “My son has watched me do so many things in the community all of his life. He has seen me look out for the disadvantaged. He is following in my footsteps by offering community service.”

The elder Harris, who unsuccessfully ran in several elections for various positions including city council, mayor, and state delegate, said, “I never won because some people thought I was too radical. I was not always popular, welcome and accepted in some circles.” The elder Harris added, “I was very active and very loud about the issues I believe in. So, some thought I was a problem. Some did not like my approach to things.”

The elder pastor reflected on the highs and lows of his career. “I learned to let the chips fall where they may. In the short term, I had critics, opposition, and problems from all sorts of people. But I did not let them deter me. Instead, I let them inspire me. I believe you win because you are on the right side of the question, as Dr. Martin L. King Jr. once said.”

A native of Newport News, the retiring pastor said the early years were challenging. But his own personal perseverance is breaking forth and shining through his son’s life. “He has seen me look out for the disadvantaged for many years. He is emulating me. He has for a long time and I didn’t know it.” The elder pastor smiled and said softly, “I didn’t realize he was that enamored with my life. He followed me into the ministry about eight years ago. He surprised me. My sister, Rev. Jacqueline Dixon, from New Jersey was scheduled to preach.”

So what did he think of his son’s first sermon? His father chuckled, “My son told his aunt, ‘Don’t tell him.’ She stepped aside and let him preach. He got up and preached that Sunday morning. He has been preaching ever since. It was a complete surprise to me.” Harris will become pastor emeritus after he retires. Tickets to his retirement celebration cost $55. Please phone 886-5301.