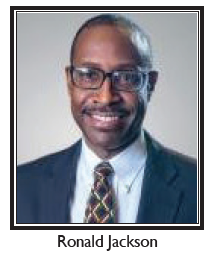 Ronald Jackson has been chosen as the new Executive Director of the Norfolk Redevelopment and Housing Authority (NRHA).

Jackson is currently serving as the Executive Director of the Hampton Redevelopment and Housing Authority (HRHA), a job he has held since June of 2011.

He will begin his tenure at NRHA on February 26.

The selection of Jackson was announced in an e-mail late last year by the man he will replace, John Kownack, after the seven-member NRHA Board of Commissioners selected Jackson to head the agency.

Jackson will be the second African-American to be selected as NRHA’s Executive Director. The first was Ernie Freeman, who was selected in 2002.

At the same time, the late Joshua Paige was chairman of the Board of Commissioners. This was the first, and the last time, two African-Americans held those two powerful positions of leadership at the same time.

“Ron is a highly experienced man of integrity,” said Don Musacchio, chairman of NRHA’s Board of Commissioners. “We are happy to have him join NRHA.”

He has worked in the housing industry for nearly 20 years and has an extensive background in redevelopment, finance, public housing, section 8, and general administration. He has worked with several housing agencies in Virginia such as Chesapeake and Suffolk Redevelopment and Housing Authorities, as well as the Virginia Beach Community Development Corporation.

Before coming to the HRHA, Jackson was employed as the Deputy Executive Director for Lucas Metropolitan Housing Authority in Toledo, Ohio.

Jackson said when he first entered the “housing authority business” he was more involved in the technical financial side of operations.

But as he accrued more insight and experience, Jackson said he realized building opportunities for people became “more important than building buildings.”

Another factor that makes his job more gratifying is recalling that his “family had to move into the Winton Terrace Housing in Cincinnati, Ohio, for about 4 years after the unexpected death of my father.”

“My mother was able to get HUD assistance to become a homeowner, and we moved out,” he said.

When Jackson reports for work at NRHA, next month, he will lead the largest housing authority in Virginia.

Although it has similar programming responsibilities and ties to their respective cities, NRHA’s public housing and development portfolio overshadows HRHA’s, which ranked fourth in the state.

Hampton and Norfolk and other communities with large public housing footprints have seen a lower and unpredictable amount of federal funding to maintain them and are abandoning this model.

Across the nation, huge and aging public housing communities built from the 1940s to the 1960s, with the small barracks type units multi-story are being razed.

Now the Asset Relocation strategy is being applied where residents are moved to privately owned dwellings with a voucher to subsidize rent based income.

These days, HUD is urging communities, to raze large public housing projects and use the land to build mixed-income housing which can be bought or rented at market rates or subsidized with a voucher.

There are 12 public housing communities of varying size in Norfolk which house 3,091 family units comprising some 6,468 residents.

To reduce the concentration of poverty and the byproducts of crime and other social woes, tenants are being relocated from the three of the largest, receiving vouchers to be used at the remaining public units or privately owned ones.

Called the St. Paul’s Redevelopment Project, the city of Norfolk and NRHA are applying this strategy.

While in Hampton, Jackson directed the initial phases of one of Hampton’s largest public communities without the financial resources which will fuel the planning and redevelopment of the massive St. Paul’s Project.

Jackson said the redevelopment project he led in Hampton was the most challenge chapter of his tenure as the Executive Director of HRHA.

In 2013, the city of Hampton announced it would demolish the 275 unit Lincoln Park Community.

Over 700 residents, mostly poor and African-American learned they be relocated and the aging eroding public housing stock razed.

HRHA received permission from HUD to demolish the community in July of 2013 at $8 million. None of that money came from federal coffers, according to Jackson.

In February of 2014, the relocation of the residents got underway and by November of that year, that phase of the operations was complete.

Most residents received section 8 vouchers to move into private owner dwellings where they paid rent according to their income.

Seniors moved into HRHA units built for them.

The demolition of the buildings and relocation of the residents would cost millions the authority nor the city had on hand.

But funds which would have been devoted to maintenance, operations and from the city were redirected to the Lincoln Park project.

Jackson said his management and planning teams at the HRHA and the city of Hampton developed a plan centered around transparency to cultivate as much trust as possible from all of the stakeholders, including importantly, the tenants and input from them, which is required by HUD.

For the tenants who wanted to return, once old Lincoln Park was razed, they were allowed and encouraged to lend their ideas on the type of community they would like to see replace it.

While that operation was not as well funded or sophisticated as Norfolk’s People First program, there were small elements of it, he said.

The City’s NAACP, whom Jackson had his share of tensions with, due to various policies the group deemed unfair to tenants and other housing advocates, were even engaged.

Jackson said this would assure that tenants were heard and treated fairly in the relocation process.

Jackson said that he wanted to move Lincoln Park residents into zones of opportunity and not steer them into another enclave of concentrated poverty and no hope for improving their lot in life.

Jackson now leaves as HRHA is studying various plans to move forward centered around the development of some 200 plus rental and market-rate units in Hampton in the coming months.

Starting later this year, as Executive Director of Norfolk’s Redevelopment and Housing Authority, the first of the aging housing units of Tidewater Gardens will be razed to make way for a smaller, mixed-income housing community.

The nearby Calvert Square and Young Terrace will eventually see the same fate as the city seeks to abandon the decades-long model of the huge and sprawling public housing projects.

Norfolk for the past two years has set aside some $3 million per budget period to cover the ongoing costs of the redevelopment project.

Norfolk has also won and received the $30 million Choice Neighborhood Initiative (CNI) competitive Grant from HIUD to undertake the project. This includes, over the next several years, relocating hundreds of residents from Tidewater Gardens and razing it.

Using funds in the Norfolk Housing Authority’s coffers, HUD funds and tax credits for developers would provide the financing for the new mixed-income development.

It also has hired a firm to run the “People’s First” program. A small army of social workers is being hired to guide families and individuals in their relocation and other financial and personal needs based on an income.

On Jan. 8, NRHA announced it was awarded $360,000 through HUD’s Family Self-Sufficiency Program. This is the largest award amount granted in the state of Virginia.

Through the Family Self-Sufficiency Program, public housing agencies are able to collaborate with social service agencies, community colleges, businesses, and other local partners to help participants further their education, gain marketable skills, and otherwise increase their income potential through new employment or by advancing in their current workplace.

“Helping people find jobs that will put them on the path to self-sufficiency is at the core of HUD’s mission,” said HUD Secretary Ben Carson. “HUD is committed to working with our local partners to connect families with the opportunities and support they need to succeed at every level.” 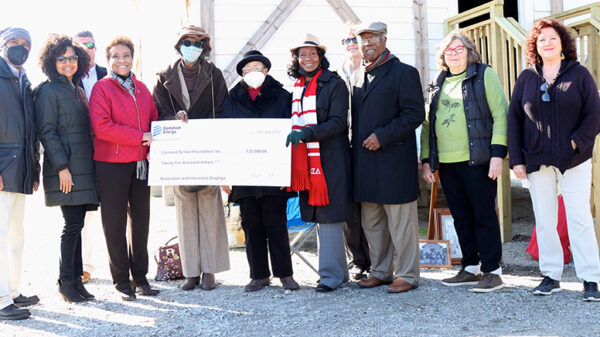 CHESAPEAKE Efforts to restore and preserve the historic Cornland School in Chesapeake got a boost last week when Dominion Energy representatives presented a $25,000... 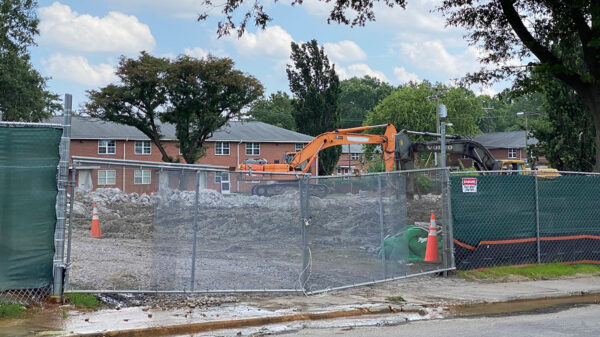 By Leonard E. Colvin Chief Reporter New Journal and Guide The city of Norfolk needs to create policies that will erase...