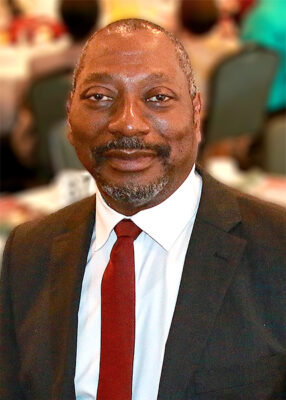 Late last March, Jackson ruled that the city was not in compliance with the Voting Rights Act (VRA) by not allowing Blacks and other minority residents to elect candidates of their choice.

There are two Black members on the council now. But in the past four decades, only once has a Black person been reelected. This was a claim by Latasha Holloway and Georgia Allen, who were the main plaintiffs in the suit.

Also, the city’s hybrid at-large district council system diluted the minority vote. For instance, a candidate could receive votes from their respective district. But voters outside the district could cast a vote, nullifying the choice of the voters in the home district.

Jackson approved the creation of 10 voting districts created by a special master to comply with the VRA.

Candidates for seats on the council must live within the districts in which they seek office, and, under the new system, only residents of a district can vote in the election for that seat.

The mayor, who serves as the 11th member of the council, still will be selected by all city voters.

At least two of the new districts – 4 and 10 – allow for African-American representatives outright. The other – District 7 – allows a “coalition” of minorities, including Blacks, Hispanics, and Asians, to compete for the seat.

In each of the districts, the designer noted the total population defined by the 2020 Census and total voting-age population base registration.

Incumbent Sabrina Wooten resides in District 7 where she represents the Centerville District under the old plan. The combined minority population is 57 percent of the total population and 55.4 percent of the voting age population; allowing for another minority-majority “coalition” district.

The decision is expected to affect school board elections because they essentially mirror council elections, though the board was not a party in the lawsuit.

Activist Latasha Holloway, a community activist, and Georgia Allen, a former NAACP leader, filed the suit which brought down the illegal hybrid system.

Holloway announced she will be running for mayor in the upcoming election.

The city has sought to stop the implementation of the plan. It has now filed an official appeal in the court.

But Roy Perry-Bey, who engineered the filing of the suit, said that he does not expect the state or federal courts to adopt the city’s claims.

The city’s approach to the judge’s final order, according to Deputy City Attorney Chris Boynton, will be in two parts.

“First of all, the city will work with the registrar to prepare to implement the special master’s plan going forward,” Boynton said. “At the same time, the City Council has authorized an appeal of the district court’s prior liability decision, so we are moving forward with the appeal.”

Boynton said it is not yet clear what system will be used next year when local elections are scheduled for several city council and school board seats. The city is seeking an expedited appeal in the case, he said.

Even if a court agrees with the city’s appeal, last year a state law was passed by the General Assembly to abolish such a hybrid system.

Judge Jackson has noted that Dr. Bernard Grofman, a political scientist who served as a special master in the case, remedies violations of the U.S. Voting Rights Act identified by the court.