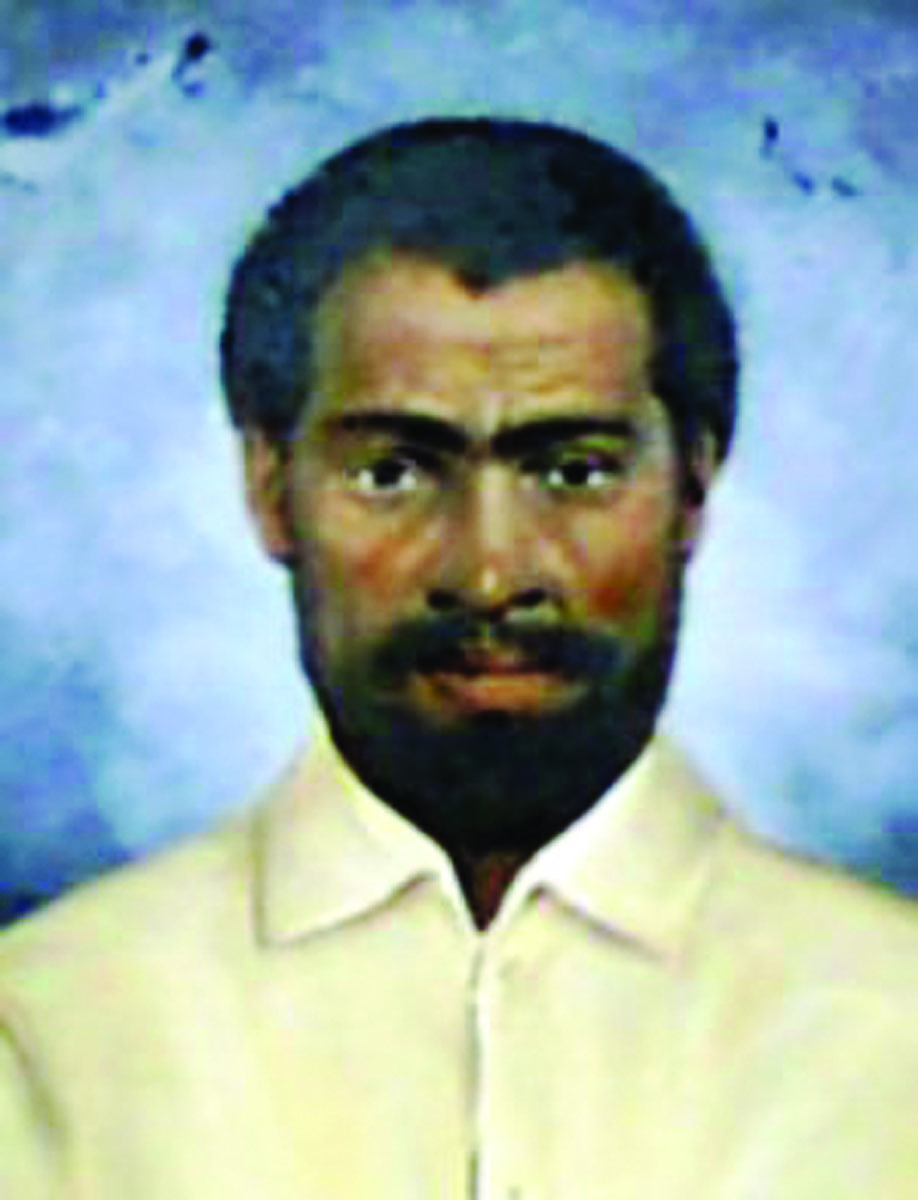 Bruce L. Turner is used to gazing into an audience and seeing blank or puzzled expressions when he talks about his great-great-great grandfather, Nat Turner.

After all, the slave rebellion that Nat Turner led through Southampton County occurred in 1831. It lasted only three days, triggered fresh laws that restricted the movement and assembly of slaves, and became a historical footnote. Still, Turner said he tries to explain why his ancestor and more than 60 to 100 slaves participated in the slave rebellion that lasted from Aug. 21- Oct. 30.

“I try to educate them about who he was a person,” said Bruce L. Turner who grew up on a farm in Southampton County, served in the U.S. Navy from 1967 to 1974, and earned a bachelor’s degree at Old Dominion University in 1975. He earned a master’s degree at George Washington University in 1979. He is a retired computer systems analyst and programmer.

“The fact that a person comes to hear me speak means they have some interest in the topic,” Turner said. “My satisfaction comes from talking about who my grandfather was, as a man. Only three days of Nat Turner’s life were involved in the insurrection. He was extremely intelligent. He was a preacher. He had a family. He had deep convictions.”

Turner added, “In plain terms, he was interested in ending slavery. His objective was not to simply free himself. He wanted to end slavery totally. So I always try to tell my audience who he was as a person.”

Turner delivered the first lecture on his great-great-great grandfather in 2000 in Courtland, Va., during a panel discussion. “Since then people have asked me to speak,” he said. “I have spoken at elementary schools, civic clubs, and churches. I’ve spoken in many states including North Carolina, New York, and Maryland.”

Each speech tends to follow the same script, he said. “I try to give the same speech all the time because I want people to understand that once he killed the plantation owner who owned him, he was free. This means he could have disappeared and gotten away. But he was looking to free everybody. He wanted to end slavery totally. His objective was to end slavery not to free himself.”

The problem is the name Nat Turner is unfamiliar to some in the audience. For those who have heard the name, few have sorted through troves of census records, dusty birth certificates, marriage licenses, and slave sale transactions, unlike Turner’s descendent. The point is this. What if some in the audience believe it is wrong to take another human being’s life for any reason whatsoever?

During the insurrection 58 whites were killed. A hysterical climate followed. Nearly 200 slaves, many who had nothing to do with the rebellion, were killed.

Turner paused to consider the question. “The killing was a means to an end,” he said. “Nat wanted to prove to the white population that slaves wanted their freedom and they were willing to kill or die for their freedom. He felt that the rebellion would make slave owners agree to end slavery.”

Turner who is married and has three grown children, and six grandchildren paused to reflect on the question again. Is it wrong to kill another human being for any reason whatsoever?
He said, “My own mother, who is still living, adamantly believes that Nat was wrong in killing. She didn’t think killing was necessary. She is opposed to the fact that women and children were killed. She said it was absolutely wrong.”

But audience feedback during the question and answer session tends to be divided, he said. Black people in the audience sometimes have said they thought it was wrong to kill women and children. Others, however, have said Nat didn’t kill enough people. So I hear opinions from those on both sides.”

Turner said, “I always try to keep the focus on Nat Turner. Whether it is a speech, panel discussion, or TV program, my goal is to educate people on he was as a person. In 1831 after the insurrection, he stayed in hiding for 71 days.”

Turner added, “Yet some newspaper stories have said someone sighted him on a ship trying to leave Norfolk. Other newspapers have said someone spotted him in the Great Dismal Swamp. Some said he moved to Houston and lived there with his family. The truth is he was actually captured about two miles from where he started the insurrection.”

During Black History Month, Bruce Turner will participate in a panel discussion on the film, Birth of a Nation, which will be held at Hampton University on Feb. 23 at 6 p.m. He will speak at a church in New York on Feb. 22.