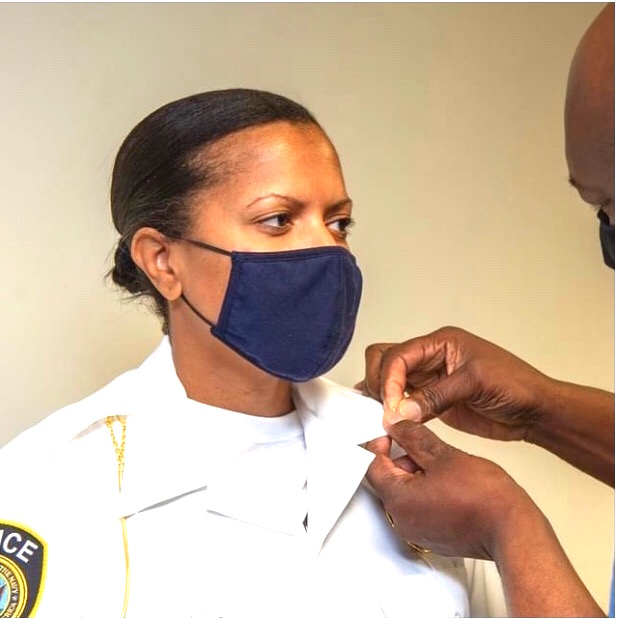 Fairey has been working at Naval Air Station Oceana since 2019 and as a DON officer since 2008, but has been in law enforcement for quite some time. Her journey in law enforcement began at 17 before she joined the navy. She worked as a public safety aid in Rochester, New York.

Fairey served as a master at arms for 5 years. Her first promotion was in 2012 at the Yorktown location and she made captain in 2014. Fairey then served as a regional trainer in 2016 at the academy. She shared that she enjoyed her journey and loved learning about leadership.

She also serves in the reserves part time as Chief petty officer(CPO) and has led a devoted life of service.

“I learned a lot there. The more you move around, the more versatile you’ll be. Each base has taught me something different,” Fairey shared, “I stuck with it. I moved around and learned. It’s good to be able to lead people. I love law enforcement!”