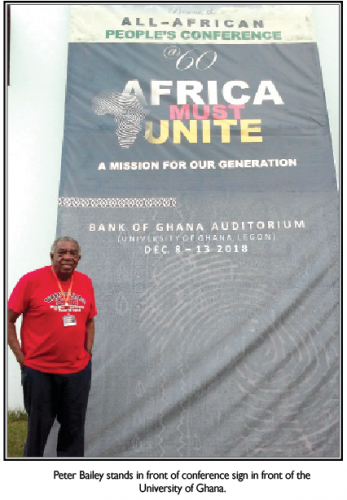 TriceEdneyWire.com
About three years ago when Joomay Odongo Faye first introduced me to a new Pan African organization of which he was a co-founder, I had no idea that the introduction would lead to my going on an airplane for the first time in 33 years.

At a North American Region Conference in Washington, DC in May 2018, we were told to prepare to attend a PAFM Pre-Congress in Accra, Ghana in December 2018. That left me feeling anxious since I hadn’t been on an airplane since 1985 and was very hesitant about flying anywhere. But the chance to meet Pan Africans from throughout the world and to visit the Door of No Return eventually overcame my fears.

When we landed in Accra on the morning of December 7, 2018, after a direct flight on South Africa Airways, it was a deeply emotional experience for me. Though I had visited East Africa – Kenya, Uganda, and Tanzania – and Cairo in the 1970s, it was from West Africa that my ancestors had been captured and taken to enslavement in North America.

The Pre-Congress officially opened on Saturday, December 8, 2018 in the Bank of Ghana Auditorium at the University of Ghana. In attendance were over 100 Pan African delegates from throughout the world and nearly 200 students from West Africa. The program consisted of cultural performances in dance, music and poetry, the showing of several short documentaries promoting the Africa Must Unite theme, panel discussions focusing on the same theme and a speech by H.E. Nana Addo Dankwa Akufo-Addo, President of Ghana.

President Nkrumah also said Africa must “forge a political union based on defense, foreign affairs, diplomacy, a citizenship, an African currency, an African monetary zone and an African central bank.” Unfortunately, Africa, as of today, did not heed his warnings.

When it was my turn to speak as a panelist on Brother Malcolm’s Pan Africanism, I read a September 1, 1964 press release he wrote and distributed at the 2nd African Summit Conference. “Why does the press of the western world constantly ridicule and play down the idea of a United States of Africa? They know that a divided Africa is a weak Africa. And they want to keep a dependent target of western ‘philanthropy’ or what is being increasingly described here as ‘benevolent colonialism.’ The neo-colonialists who would ‘woo and rule’ Africa today must skillfully disguise their selfish aims within their generous offers of unlimited ‘economic aid,’ ‘Peace corpism’ or ‘cross roadism,’ all which are nothing but the modern counterpart of 19th century ‘missionaryism.’

“A United States of Africa is a strong and independent Africa. An Africa that can stand on its own feet, walk for itself and avoid the snares and pitfalls divided by benevolent imperialists to keep the whole continent divided, weak and dependent upon a philanthropic west for ‘economic aid,’ ‘political guidance,’ and ‘military protection.’”

I also read a portion of a September 9, 2009 advertising supplement in the Washington Post paid for by an outfit called Pan African Capital Group based in Washington, DC. It’s headline “Africa on the Agenda” says it all. It’s not Africa’s Agenda but Africa on the agenda to be ripped off by the continents of North American (aka USA), Europe and Asia. Though they have all kinds of conflicts among themselves, when it comes to Africa they are of one mind.

. . .to be continued Next Week

More African-Americans Are Relocating To Ghana

By Rosaland Tyler Associate Editor New Journal and Guide Drive about 68 miles away from the landmark Door of No Return on Goree Island... 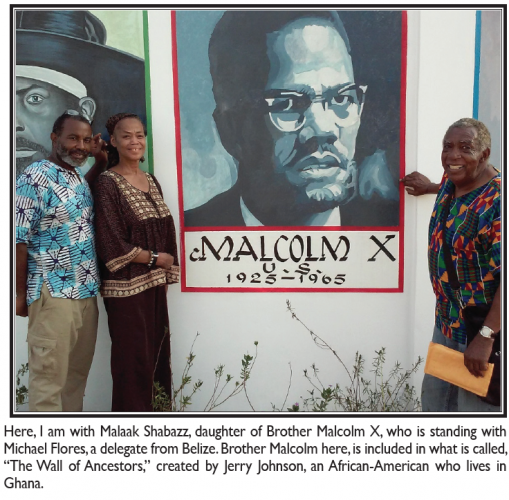 My Trip To Ghana: A Valuable Learning and Spiritual Experience

By A. Peter Bailey TriceEdneyWire.com According to Steve Cashen, founder and CEO of Pan African Capital Group based in Washington, DC., “The continent (Africa)...