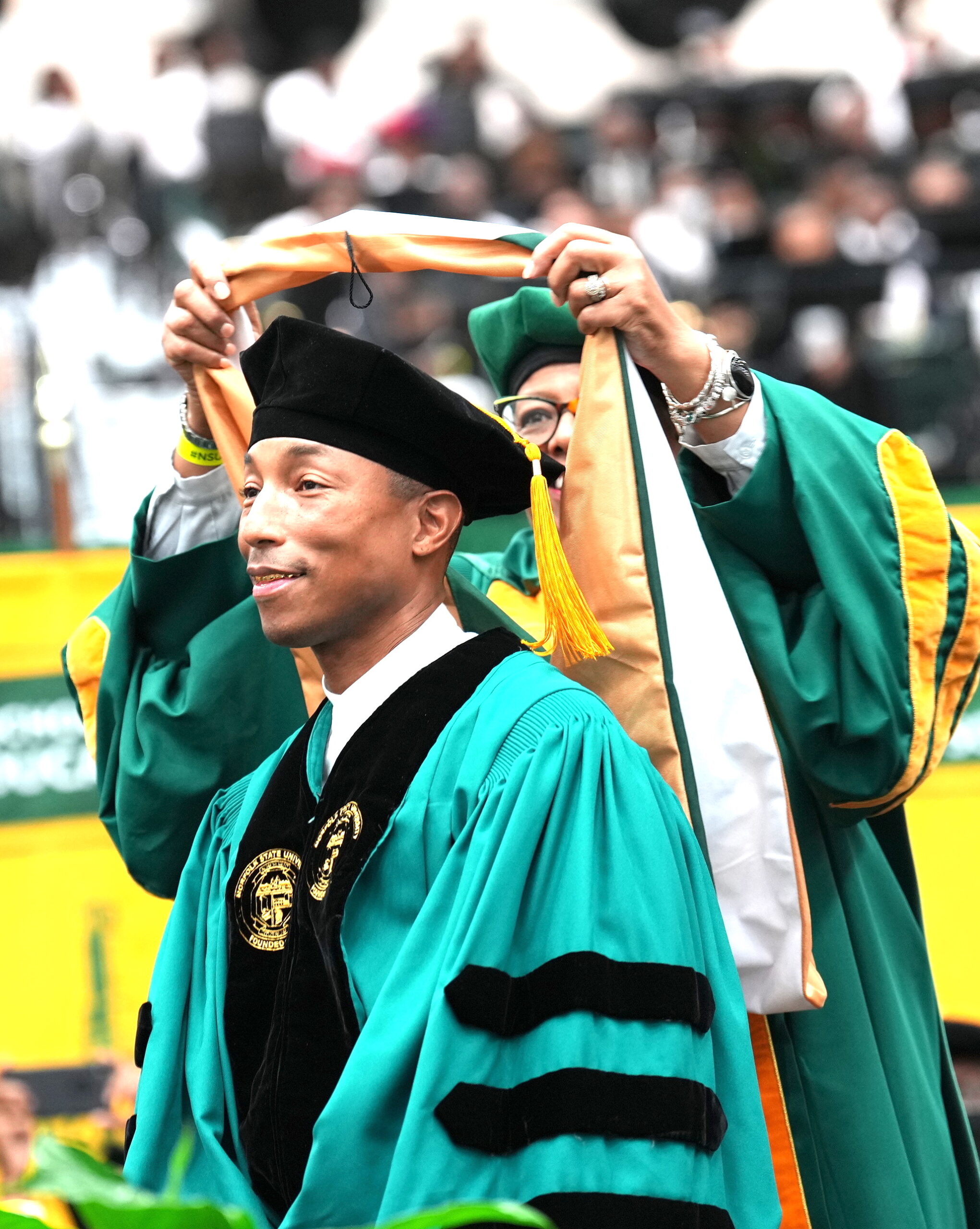 NORFOLK
Grammy-winning producer and Oscar-nominated songwriter Pharrell Williams was the keynote speaker at NSU’s December commencement on Saturday (Dec 11) at Joseph G. Echols Memorial Hall. Williams organized the “Elephant in the Room Forum” which brought business leaders to the campus of NSU to discuss current economic issues of concern to residents of Virginia in November.

In his remarks, Williams urged the graduates to honor our local heroes and to vote with their wallets. He also revealed that he was a life-long admirer and supporter of the NSU Spartan Legion. Williams said that he asked his high school band teacher if his band members could be like the Spartan Legion. He said his band teacher told him that you have to have written music to be like NSU. This motivated Williams and started him on his music writing career.

Williams was awarded a Doctor of Humane Letters honorary degree and he was made an honorary member of the Spartan Legion. The university conferred degrees to almost 400 students at the ceremony.

Williams, a native of Virginia Beach, orchestrated a music festival at the Oceanfront in 2019 which he called “Something in the Water”. This year, he announced he would not support a second festival, citing too much “toxic energy” in the city as a cause.