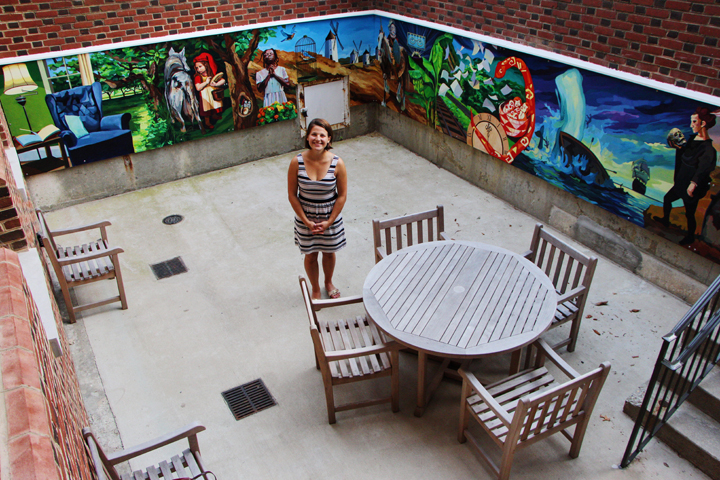 WILLIAMSBURG
The College of William & Mary is honoring the first African-American students who lived on campus with a mural project this month.

“The thing that makes this momentous is that it marks a time when the college actually opened its doors totally to African-American students, and that I think is a huge celebration for both the women and the college itself,” said Jacquelyn McLendon, emerita professor of English who heads the committee that planned the commemoration.

About 20 faculty, administrators and students were involved as well as Board of Visitors member Warren W. Buck III M.S. ‘70, Ph.D. ‘76, D.Sc. ‘13 and the three alumnae being celebrated.

Under the direction of artist Steve Prince, an Africana Studies class of students, along with faculty, alumni, and community members, will paint the mural through July 21.

The project is just one of many commemorative activities that William & Mary has planned for the yearlong commemoration of the 50th anniversary of Ely, Briley and Brown’s arrival, celebrating their place in the history of African-Americans at the university and recognizing those who came before and after them.

McLendon said, “As a professor who taught here for 20-some years, I feel privileged to be with these women on this committee because we can talk about exactly what their experiences were, and I think they know that I feel they made it possible for me to be here and for others like me to be here.”