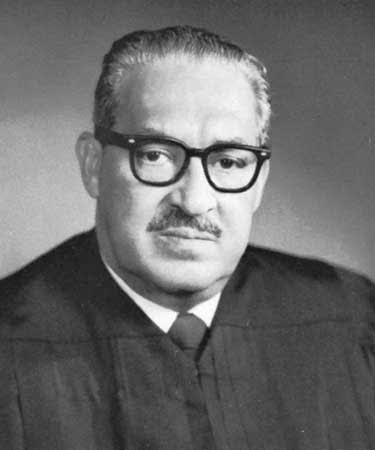 FALLS CHURCH, VA
Cecilia Marshall, a NAACP stenographer who transcribed the legal briefs for the Brown v. Board of Education decision and then married Thurgood Marshall, the lawyer who successfully argued that landmark school desegregation case has died. Her death at her home in Falls Church, Va. at age 94. was confirmed by their son Thurgood Marshall Jr.. Marshall, Sr. was the first Black justice named to the United States Supreme Court.

Cecilia Suyat was born on July 20, 1928, in Puunene, Maui, Hawaii, to parents who had immigrated from the Philippines in 1910.

As a civil rights stalwart herself, Mrs. Marshall served on the boards of the Supreme Court Historical Society and the N.A.A.C.P. Legal Defense and Education Fund. She tempered her husband’s exasperation over the slow progress of civil rights during his career and guarded his legacy after his death.

Because of her dark skin, she said, an employment office clerk referred her to the N.A.A.C.P. in Washington. In addition to their son Thurgood Jr., Mrs. Marshall is survived by another son, John W. Marshall, a former Virginia secretary of public safety and former director of the U.S. Marshals Service; four grandchildren; and three great-grandchildren.