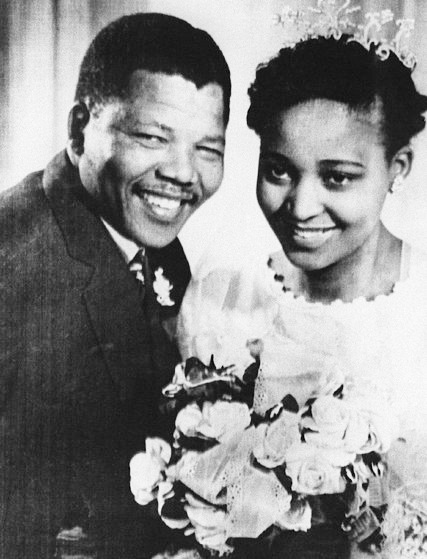 People from all over the world and all walks of life tweeted a steady stream of condolences in honor of Winnie Madikizela-Mandela, who died on April 2 in Johannesburg at age 81 after a long illness, for which she had been in and out of the hospital since the start of the year.

Actor Idris Elba wrote on Twitter, “Rest in peace Mamma Wendy. My heart is heavy right now. You lived a full and important life contributing to the liberation of a nation by force and ACTUAL ACTIVISM. You will never be forgotten.”

MSNBC host Joy Reid wrote, “She was ferocious, controversial, and fearless. Rest in peace, the mother of post-Apartheid South Africa.”

ANC Elections Head Mbalula Fikile tweeted, “Her life was for the service of all African people.”

Still called the Mother of the Nation after apartheid ended in 1994, she had been treated for diabetes in recent years and undergone major surgeries as her health began failing over the last several years.

Her family said in a statement, “She succumbed peacefully in the early hours of Monday afternoon surrounded by her family and loved ones.”

She was born Nomzamo Winifred Zanyiwe Madikizela on Sept. 26, 1936 to a noble family of the Xhosa-speaking Pondo tribe in Transkei. Her first name, Nomzamo, means “she who must endure trials.”

She met Nelson Mandela one day in 1957, while she was waiting at a bus stop. He drove past. “I was struck by her beauty,” he wrote in his autobiography, “Long Walk to Freedom.” Some weeks later, he recalled, “I was at the office when I popped in to see Oliver and there was this same young woman.”

They met when he was approaching 40 and the father of three. He vowed he would marry her on their first date. Soon he separated from his first wife, Evelyn Ntoko Mase, a nurse, to marry her on June 14, 1958.

In 1964, Nelson Mandela was sentenced to life in prison on charges of treason. He spent 27 years in prison, most of them at the Robben Island penal settlement, off Cape Town. Her visits there were rare, and she was never allowed physical contact with him.

In May 1969, five years after her husband was sent to prison, she was arrested and held for 17 months, 13 in solitary confinement. She was beaten and tortured. The experience, she wrote, was “what changed me, what brutalized me so much that I knew what it is to hate.”

Riots broke out in Soweto and in 1976 she was again imprisoned without trial, this time for five months. She was then banished to a grim township outside the conservative white town of Brandfort, in the Orange Free State.

When her husband was finally released from prison in February 1990, she was at his side, brandishing a victor’s clenched fist salute.

At his funeral, in December 2013, she appeared by his coffin in Black, positioning herself almost as if she were the grieving first lady – even though he had married Graça Machel, the widow of the former Mozambican president Samora Machel, in 1998, on his 80th birthday, six years after their separation.

She served many roles in the South African government, from member of Parliament to the head of the ANC Women’s League. In April 2016, the government of President Jacob G. Zuma awarded her one of the country’s highest honors: the Order of Luthuli, given, in part, for contributions to the struggle for democracy.