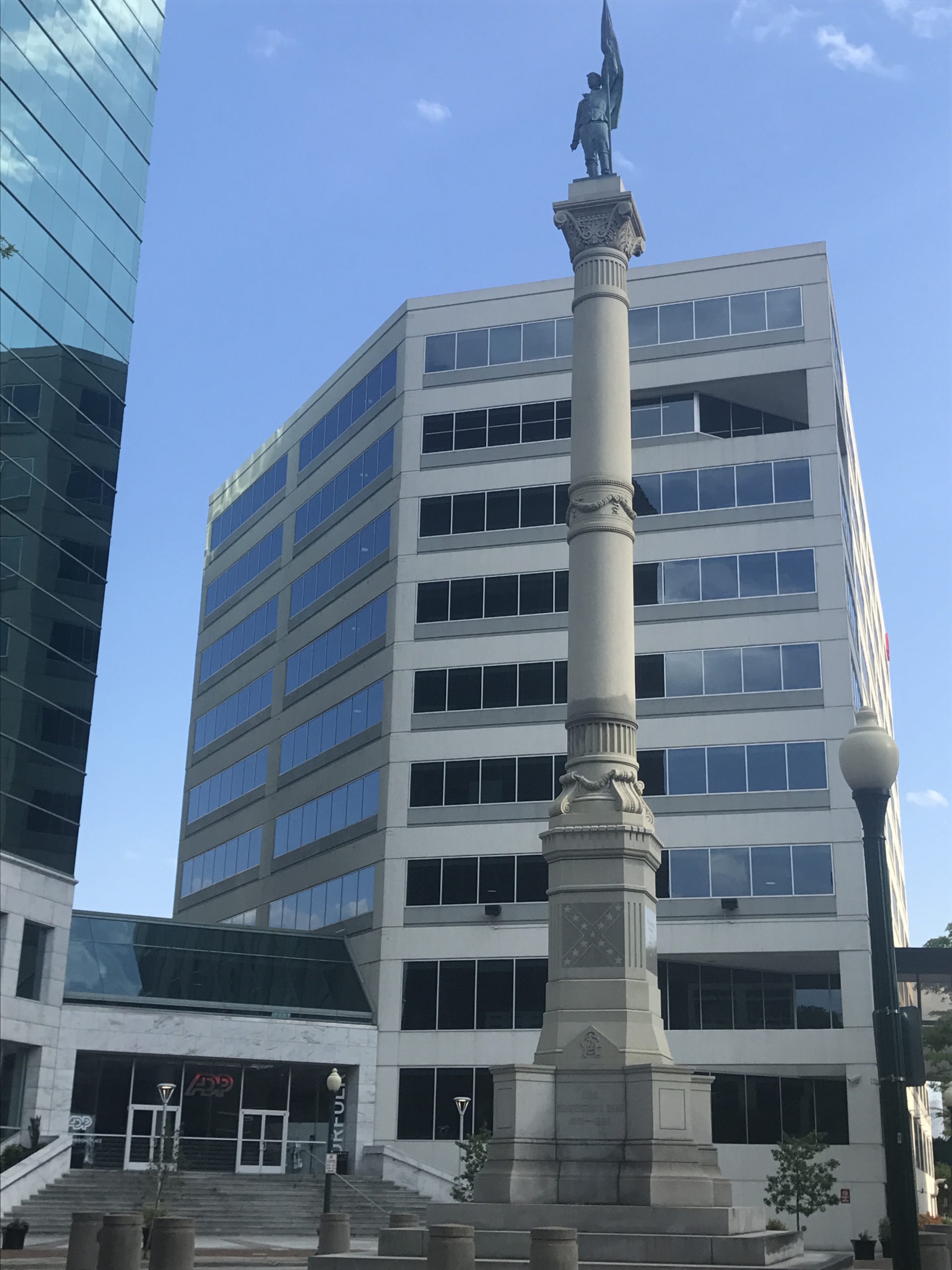 Norfolk Monument was erected over 100 years ago. HAMPTON ROADS
The Confederate Monument in Portsmouth, which has recently been a lightning rod for protests by coalitions of civil rights groups, police reform demonstrators, and social justice activists, has been fenced in and covered with a tarp, while the monument in Norfolk dubbed “Johnny Reb” has been completely removed. The cities of Portsmouth and Norfolk decided to take action to cover up or remove their monuments to prevent protesters from getting hurt during demonstrations.

Black Lives Matter #757 identified protester Chris Green as the man who was severely injured during a demonstration in Portsmouth on June 10 when a soldier statute toppled on him. A GoFundMe page has raised $51,000 for his medical expenses. A new law goes into effect July 1 which allows cities to remove Confederate monuments after a public hearing or referendum. Portsmouth has scheduled a public hearing for July 28.

Norfolk Mayor Kenny Alexander announced that the Norfolk Confederate monument would be moved one day after the protester was injured in Portsmouth. Norfolk plans to relocate the monument to Elmwood Cemetery. A public hearing has been scheduled for July 7 to decide the fate of the monument.

President Trump has signed an executive order banning the removal or vandalism of public monuments on federal property. This has little impact on the majority of the demonstrations against racist statues across the country which are mostly located on state or city property.

The constant protests and demonstrations in the wake of George Floyd’s death, along with the protests on the local level by Black Lives Matter #757, state branch chapters of the NAACP, church organizations, and coalitions of other civil rights groups, have forced America and its cities in Hampton Roads to grapple with issues of systemic racism and to live up to its promises enshrined in its most hallowed documents, such as the U.S. Constitution, the Bill of Rights, the Declaration of Independence, the Emancipation Proclamation, and the Amendments to the U.S. Constitution. Also, they have resulted in the covering up and removal of Confederate monuments in Portsmouth and Norfolk that were symbols of oppression, bigotry, and institutional racism to the Black community.

A study by the Southern Poverty Law Center contained the following statistics:

States with the Most Confederate Monuments-Top 10