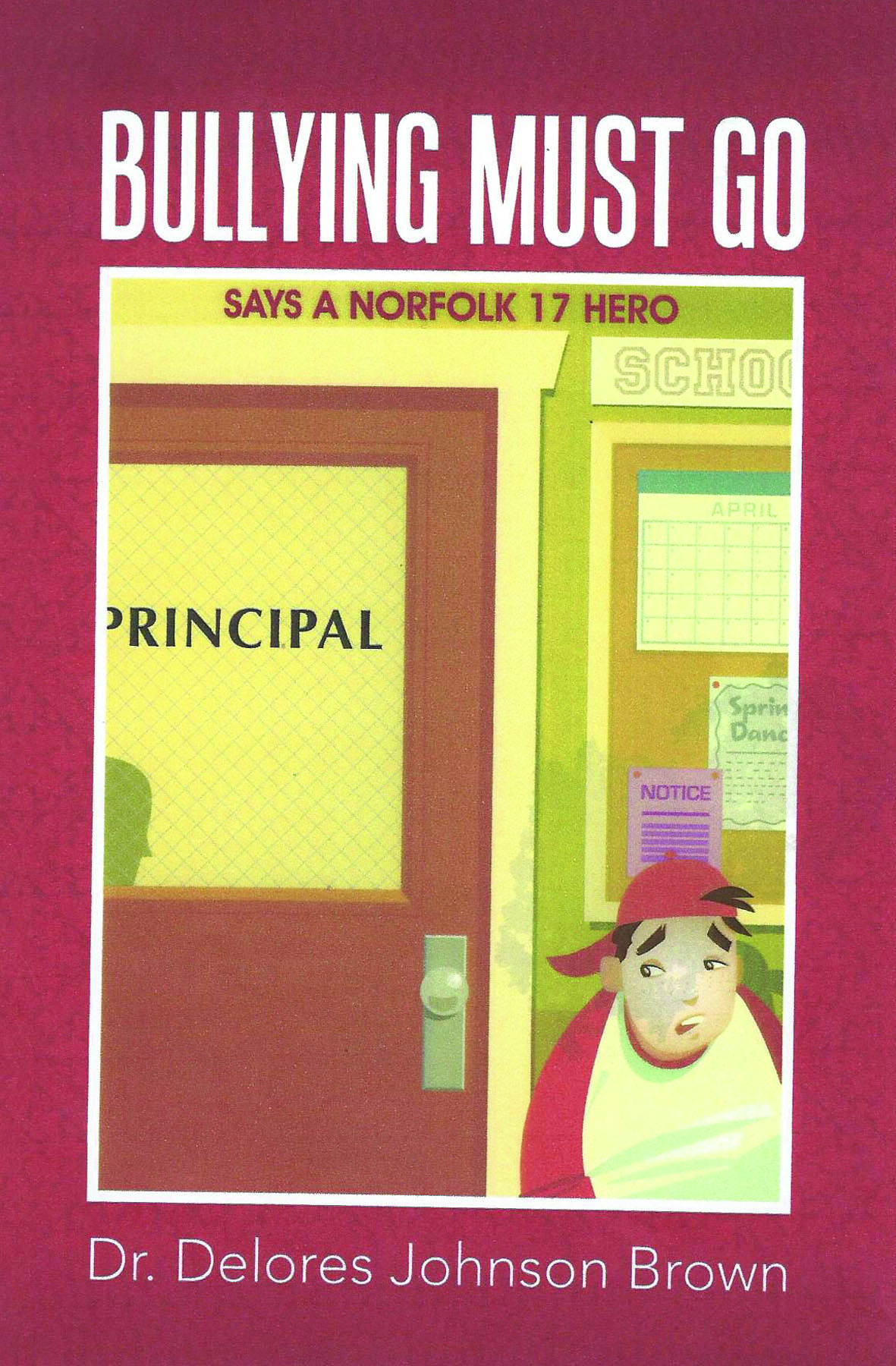 Summertime is here and many people enjoy reading an interesting book at the beach or enroute to their vacation destination.
Throughout the summer we will provide details on some of the literary works of local and national authors. This week bullying with a unique historic twist caught our attention in this local book.

BOOK: “Bullying Must Go Away, Says a Norfolk 17 Hero” by Delores Brown This is a thin volume, but Dr. Delores Brown, who was a member of the Norfolk 17, the first Black students to desegregate Norfolk’s all-White public schools system, gives insight to a very dramatic page of her life. The book is her autobiography of how she overcame the cold isolation of being one of only three Black students attending Norview High School 57 years ago and doing her part to dismantle “Separate but equal.”

“I wrote this for my grandchildren, children their age and everyone. I wanted to educate them about a part of my life I wanted to forget, but I could not,” said Brown, who now lives in Chesapeake with her husband she married in 1958. “The Norfolk 17 endured bullying from not only one person, but a group of children who were taught to hate us because of fear of our skin color,” she said. “I want people to understand how powerful such hatred can be on anyone, especially a 16-year-old girl.

The Norfolk 17 entered six previously all-White Norfolk public schools due in part to a long court battle between the Black community and the Norfolk Public Schools system.
Norfolk and other Virginia locales were adhering to Massive Resistance efforts by White political leaders who did not want to comply with the 1954 Supreme Court decision declaring racially segregated schools illegal.

Norfolk closed all of its White schools in the fall of 1958 to avoid desegregating them. But a local federal court forced them open and in early February 1959, Brown, who was Delores Johnson at the time, and the 16 other Black students made history. Brown was born in Baltimore, Maryland to a family led by a U.S. Navy enlisted man. The family moved to East Orange, New Jersey.

“The schools in East Orange were desegregated, and I was among a small number of Black students who attended the schools,” said Brown, who was a junior when she entered Norview in 1959. “I did not have the problems as when I enrolled at Norview. The White kids treated me like a human being. I had a White girl friend, and she and I went to the movies together.”
Brown’s family moved to Norfolk, and she was recruited as one of the Black students who would desegregate the Norfolk Public schools.

Brown, Pat White and Frederick Gonzalon were the three students who enrolled in Nervier. “I was alone most of the time,” she recalled. “I was called ‘nigger’ and worse. I was afraid to use the restroom or go in the room where the lockers where so I could store my books. I would hold my water all day and would not use the bathroom until I got home.” Fearful of going into the locker room to store her books, Brown said she carried them around with her all day. One day a White male student deliberately ran into her, knocking her books and other items to the floor.

“I was scared,” said Brown. “What if I bent over to get my books and they would kick me or worse. I did. No one stopped to help me as I picked up the books and nothing happened.”
Brown’s tenure at Norview lasted only one semester. “I was so glad when the semester was over,” she recalled. “I believed that school was to be fun. I wanted to be involved in clubs and my friends. I could not take it anymore so I left.”

Few people knew it, but Brown was married when she enrolled at Norview. She used her maiden name Johnson She had married at age 16, despite her stepfather’s resistance.
“I took off from school after Norview,” she recalled. “I went home, started my family and had two babies. Then I enrolled at Booker T. I wanted to finish my education and be a mom at the same time.”

Brown graduated from Booker T. in 1963 and later attended Norfolk State and acquired her higher degree at ODU. For 28 years she worked in the Norfolk Public Schools as a Reading Specialist. “This is a small book, but it took me three years to write that book,” said Brown who is self-published. “I would start, and I thought about the experience at Norview and I would stop. But I knew I had tell my story.”

“Bullying exists today, I know,” said Brown. “But the kind of bullying and meanness I experienced at Norview, I don’t think was as bad as what people are fighting again today. It is a more organized form of indifference and cruelty. “I hope people today will get some insight from what I experienced to make a difference.” To purchase the book, call Brown at (757) 479-1802 or call IUniverse at (800) 288-4677.