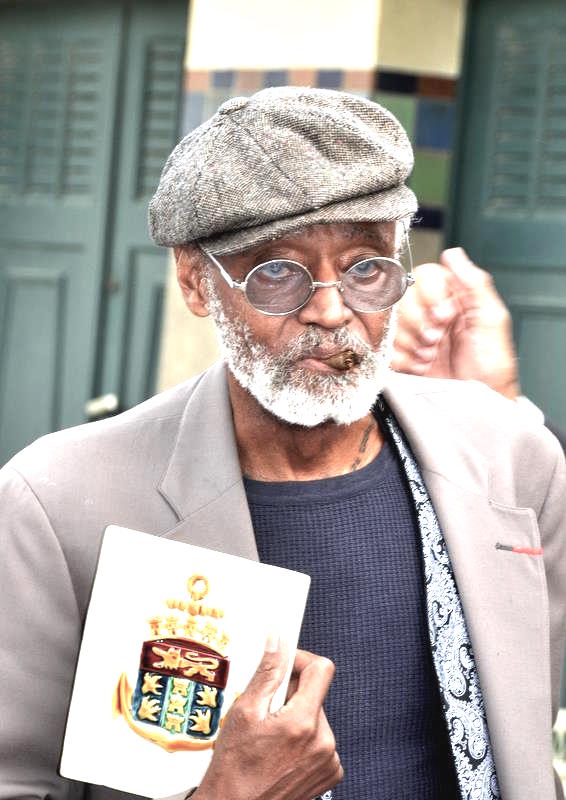 Melvin Van Peebles, praised as the godfather of modern Black cinema and a trailblazer in American independent movies, died last month at his home in Manhattan. He was 89. His son, the actor, Mario Van Peebles, announced his death.

Van Peebles was multi-talented to the extreme. In addition to writing novels and musicals and directing plays and movies, he was a cable-car driver in San Francisco, a portrait painter in Mexico City, a street performer in Paris, a stock options trader in New York, the navigator of an Air Force bomber, a postal worker, and a visual artist.

Van Peebles is most remembered for his movie, “Sweet Sweetback’s Baadasssss Song.” However, my favorite production by him was his first Broadway musical, “[A Slave] Ain’t Supposed to Die a Natural Death.”

I was stunned by “Ain’t Supposed to Die a Natural Death.” In this work Van Peebles set to funk and soul music his songs and poems about Black life in America. Not a fan of what used to be called “middle of the road” music, I did not care for the typical Broadway musical. But along comes Van Peebles’ with this gritty take on race and ghetto life set to music I liked. And I was pleased and grateful.

Although, as in real life, ghetto dwellers seldom win, “The Man” (read “white oppressors”) was attacked in this musical. It was functionally the musical expression of the subject matter of the Black Power movement.

Van Peebles was born in Southside Chicago, attended the HBCU, West Virginia State University, and finished Ohio Wesleyan University, where he majored in English literature. Then, he joined the Air Force and was a navigator on a bomber plane.

After no airline would hire him as a pilot, Van Peebles eventually made short films in San Francisco and tried moviemaking in Hollywood but could not get a foothold there. So, he moved to Europe, ending up in Paris where he wrote five novels and a book of short stories, all in French.

He secured French funding and made a movie from one of his novels, “The Story of a Three-Day Pass,” which was based somewhat on his own life in the military. While in the Air Force he met and married a German woman and encountered racist problems from American officers and fellow soldiers. The movie premiered in the United States in 1967 and won the Critics’ Choice award.

As an independent filmmaker, Van Peebles hustled funding to make the pathbreaking “Sweetback” movie, which he wrote, directed, scored, and starred in. It was a hugely successful financial venture. Critics credit this movie with starting the blaxploitation movie genre.

Having sworn off such films with the production of an earlier mainstream film that caricatured Malcolm X and the Black Panthers, I did not see “Sweetback” until at least three years after it appeared. However, after finally seeing the movie, I agreed with some of the critics who said this was the first film in movie history that showed an undeniable Black consciousness.

True to form, financial backing was not available for Van Peebles’ next venture, “Ain’t Supposed to Die,” which he also wrote, scored, and directed. Consequently, he secured funding by soliciting from Black churches and fraternal organizations up and down the East Coast.