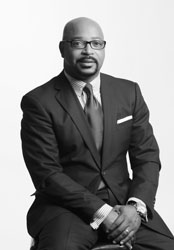 God has made us stewards over our time, talent and treasures. A steward is one in charge of something belonging to another. Everything belongs to God, but He loves and trusts us enough to bestow His graces upon us and make us stewards of those graces. All that we have that is worth anything comes from Him. James 1:17 reads, “Every good gift and every perfect gift is from above, and comes down from the Father of lights, with whom there is no variation or shadow of turning.”

That said, how can we give God’s way? Giving God’s way is not just about money, but it is also reflected in giving of our time and talents. Do you serve in ministries, or do you expect others to do that? There is a not-too-well-kept secret inside many churches. According to a study conducted by researchers Scott Thumma and Warren Bird, most churches – mega-sized and small, Black and white – are actually run by 20 percent of the congregation. According to the study, the other 80 percent, are minimally involved in serving or giving, and attend church infrequently or not at all.

This phenomenon has a name – it’s called the Pareto Principle – named after an economist who noticed that 80 percent of the land was owned by 20 percent of the people. While the percentage may vary slightly, it is true that in most churches – no matter the size – a small number of committed people faithfully serve and give, while the rest sit on the pews and watch. In fact, Jesus understood this was likely to happen when He told his disciples: “The harvest is indeed plentiful, but the laborers are few.”
Giving God’s way involves serving others lovingly, faithfully and cheerfully, with our time, treasure and talents.
Peace and power.