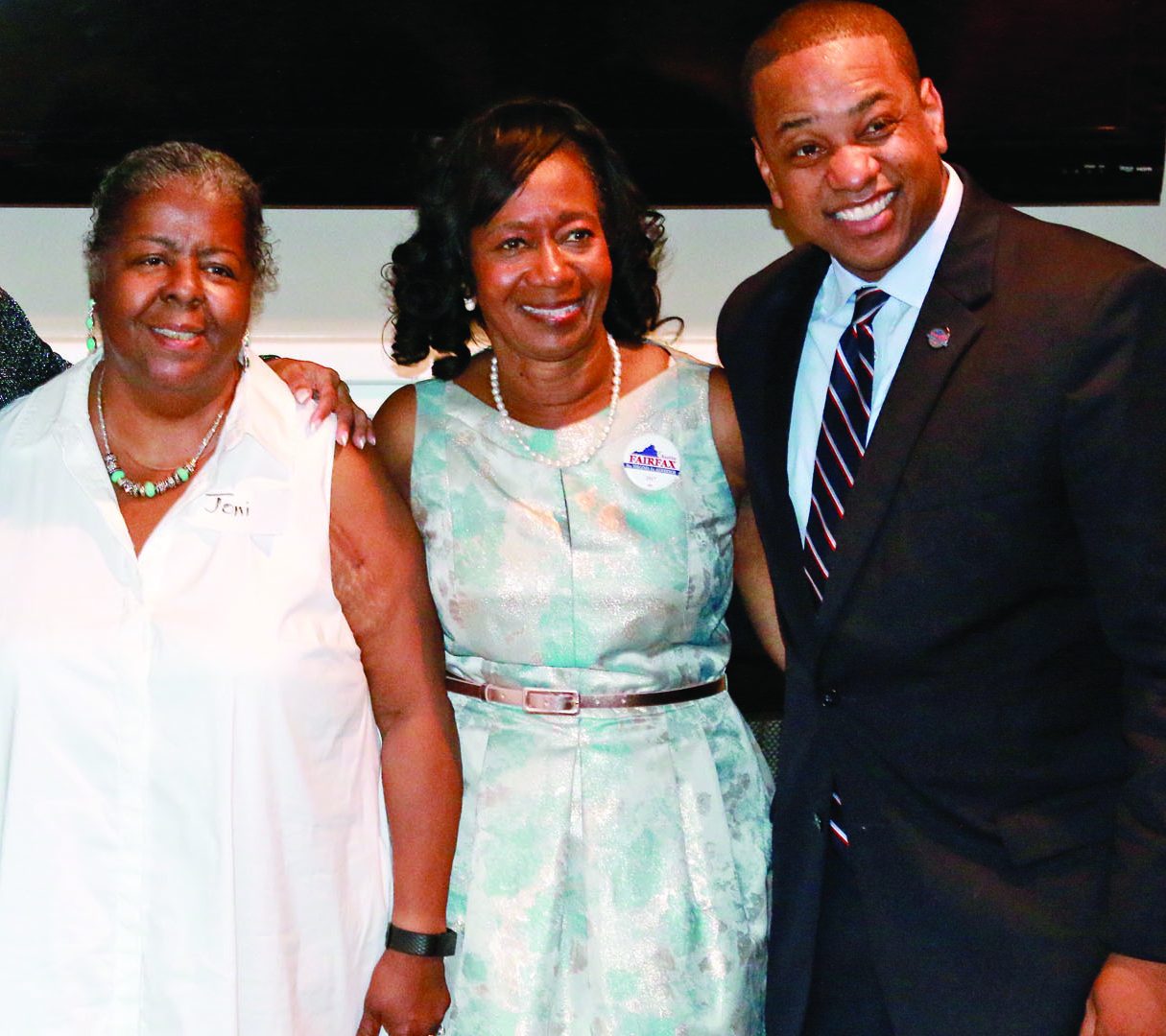 CHESAPEAKE
Lt. Governor Candidate Justin Fairfax assisted the Chesapeake Democratic Committee with a record setting crowd in a joint fundraiser Sunday, August 6 in the home of Dr. Pat King. Close to 100 people attended the event that was initially coordinated by Chesapeake Councilwoman Ella Ward and Dr. King when they presented their idea to candidate Justin Fairfax during the State Democratic Convention in February.

After the June 13th Primary was captured by Fairfax, Ward and King put their plan into action along with Les Smith, the Chair of the Chesapeake Democratic Committee, and the event was an overwhelming success with elected officials and supporters from across Hampton Roads. Other hosts included Drs. Bill and Rose Ward, Mr.& Mrs. Willie Brown, and Mr. Herman L. Ward.

“The attendance, enthusiasm, and financial support received for Justin and the Chesapeake Democratic Committee truly exceeded our expectations,” co-coordinator Ella Ward exclaimed as people continued to pour into Dr. Pat’s home. “We were truly excited to see this level of support for Justin Fairfax and for the committee,” she added.

“The Chesapeake Democratic Committee will be assisting candidates Ralph Northam for Governor, Justin Fairfax for Lt. Governor, and Mark Herring for Attorney General with phone banking, canvassing, and distributing literature as we move toward the November 7th election with renewed enthusiasm after this event,” said Dr. Ward.