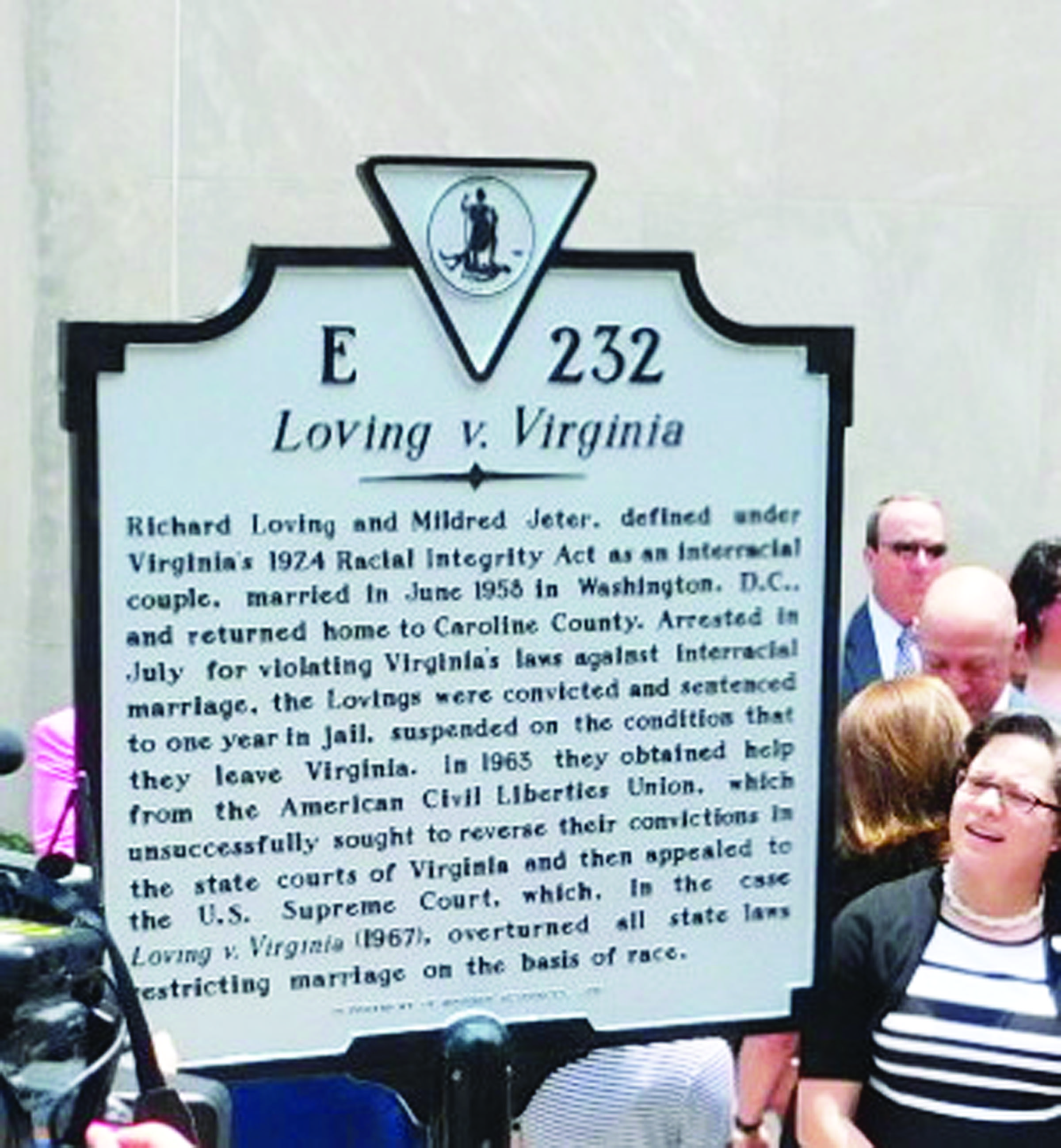 The marker is next to the Patrick Henry Building on E. Broad Street, the former site of the Virginia Supreme Court of Appeals which denied Richard Loving, who was White, and Mildred Jeter, who was African-American, from marrying. The Loving case was later submitted to the U.S. Supreme Court, which struck down the Virginia Court’s ruling and the law.

Mildred and Richard Loving lived in the Caroline County community of Central Point, where they were arrested in July of 1958 shortly after they married for “violating Virginia’s Racial Integrity law which barred interracial marriage” in the historical marker’s words.

They were convicted and sentenced to one year in jail, with the sentence suspended “on the condition that they leave Virginia,” the marker states. The couple moved to Washington, D.C., before returning to Virginia, after the high court’s ruling in 1967.

Recently the Lovings’ story was the subject of the 2016 feature film “Loving,” which was filmed at locations in Richmond, King and Queen County, and Central Point and Bowling Green in Caroline County.