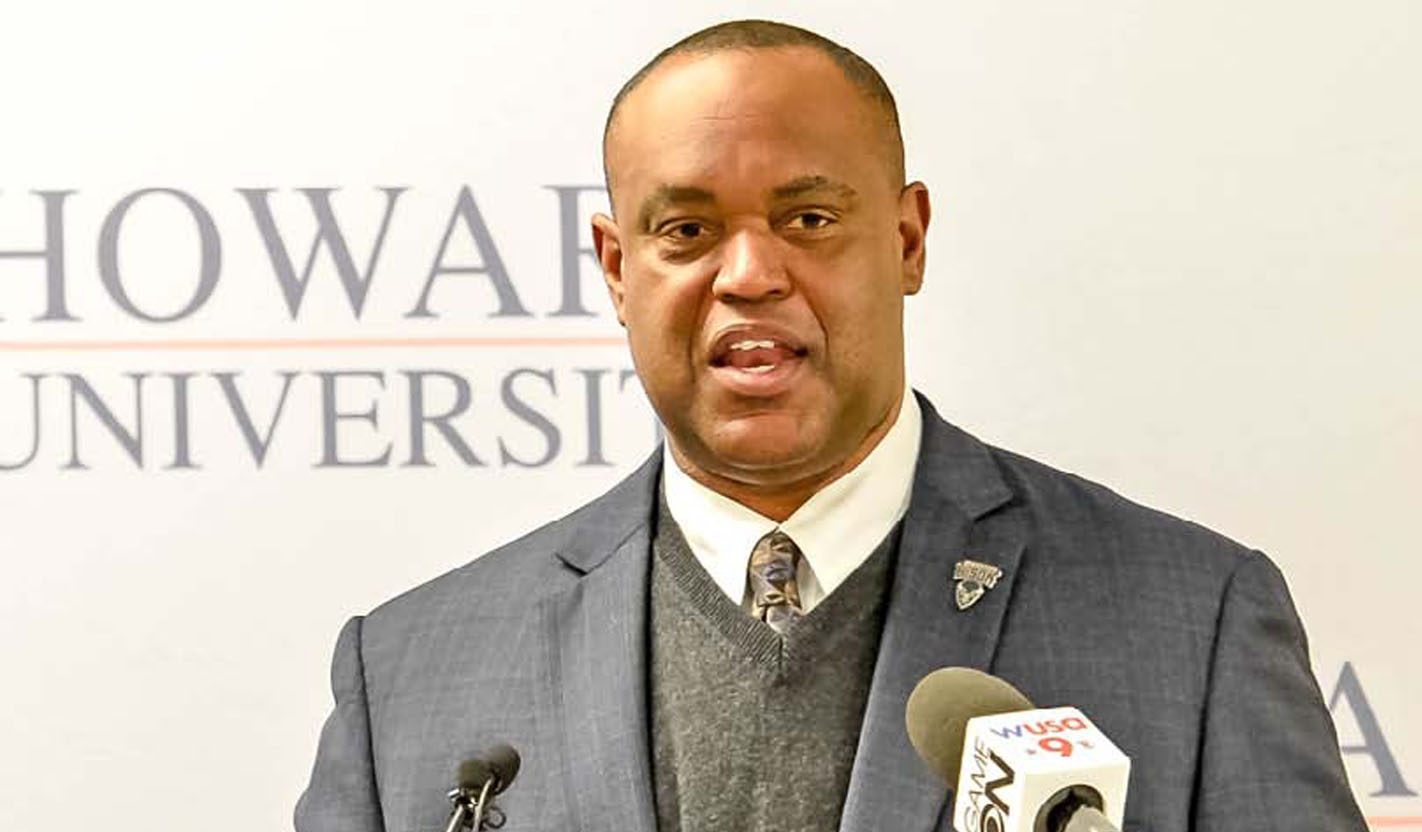 University President, Dr. Wayne A. I. Frederick announced London as the new head coach during a press conference Monday on the campus.

“After an extensive national search, we are especially excited to welcome Mike London to Howard University,” said Dr. Frederick. “He joins our football program at an incredible time, and we look forward to seeing him build on the existent foundation that makes Howard University a great institution. The board of trustees and I believe he brings outstanding leadership and experience and is sure to be a tremendous resource to the entire Howard University community.”

London will be charged with turning around a program that has posted just one winning season (7-4 in 2012) in six years under head coach and former Howard standout Gary “The Flea” Harrell. Harrell was let go in December after compiling a 20-36 record during his tenure. Howard finished 2-9 this past season and had won just three games over the last two seasons.

“I would like to thank President Frederick and (Athletics Director) Kery Davis for their confidence and belief in me,” London said. “I am humbled that we have a shared commitment to take this university and this football program to greater heights. Some of the best football talent in the country is right here in the Washington metropolitan area, and I feel blessed to have the opportunity to work with the young men in the Howard football program and build on the strong heritage already in place.”

As the head coach at Richmond in 2008 and 2009, London posted 13-3 and 11-2 marks and won the Football Championship Subdivision (FCS) national title in his first season with a 24-7 win over Montana in the national championship game.

In 2008 he was named the FCS National Coach of the Year and Black Coaches Association Coach of the Year, beating out Mike Tomlin of the Super Bowl champion Pittsburgh Steelers for the latter award. His 2009 team made it to the FCS quarterfinals.

He played defensive back at Richmond from 1979-82 before serving as a detective in the Richmond Police Department.

“We welcome Mike London and his family (wife Regina and seven children) to Howard University,” said Davis. “I believe Mike will be a strong leader and mentor for our student athletes. He is a widely-respected coach with a resume full of achievements at the highest levels of college football and combines a drive to win with great integrity. We look forward to the future of Howard University football under his direction.”