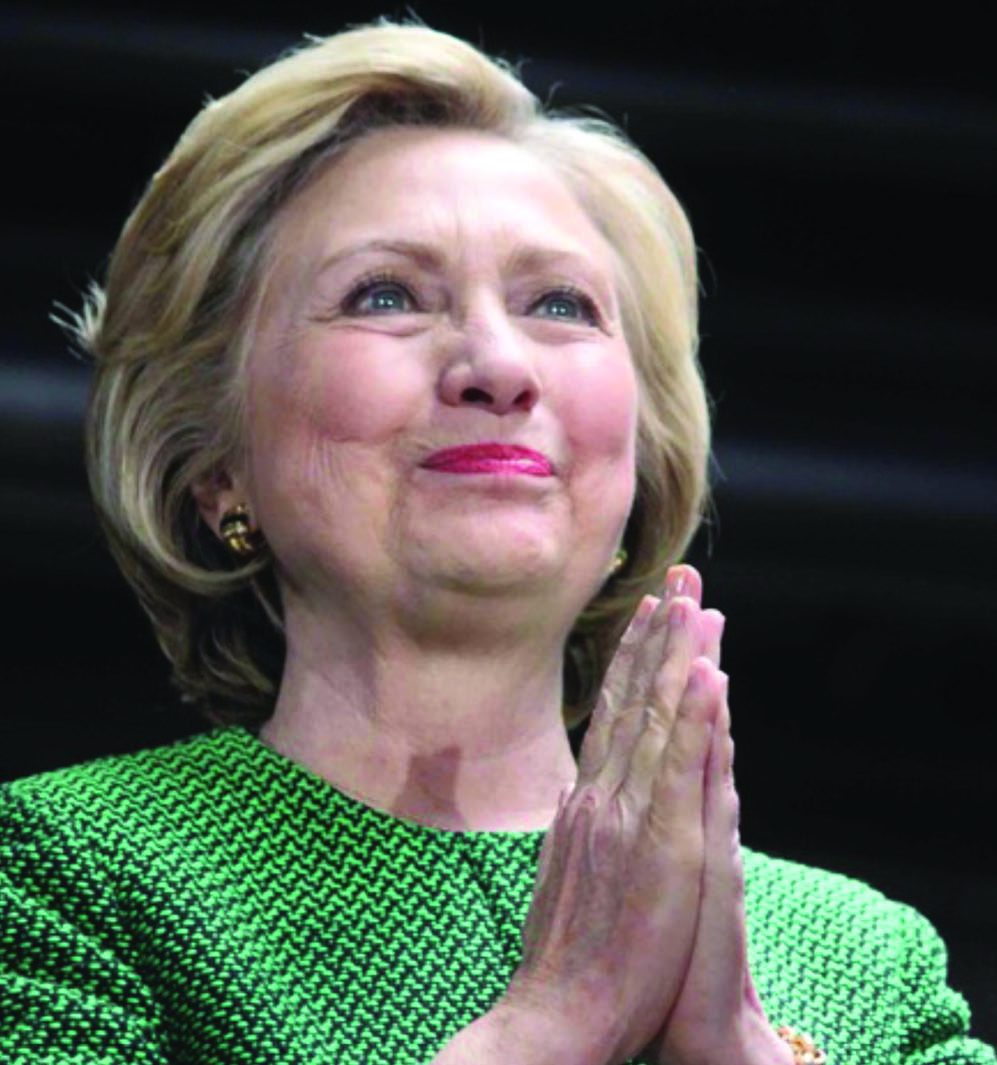 Some public officials in Hampton Roads are applauding Former Secretary of State Hillary Clinton’s recent historic presidential bid. Clinton, 68, is scheduled to accept the official nomination in Philadelphia at the 2016 Democratic National Convention which will be held July 25- 28 at the Wells Fargo Center and the Pennsylvania Convention Center. “Tonight’s victory is not about one person,” Clinton said claiming the Democratic presidential nomination on June 7 after decisive victories in the California, New Jersey and New Mexico primaries. “It belongs to generations of women and men who struggled and sacrificed and made this moment possible.”

The New Journal and Guide interviewed two city councilwomen, a state senator, a Virginia Democratic Party chair, and a Chesapeake pastor. They are pacesetters like Clinton. While each woman said she celebrated Clinton’s historic win, the voice of experience surfaced as each woman paused to concentrate on the road that lies ahead because each has experienced political and personal challenges similar to those Clinton has withstood. “I think now that she has clinched the nomination there will be a lot of excitement in getting her elected in the fall,” said State Sen. Louise Lucas, who has represented the 18th District since 1991. “The fact that she was able to stand up to Donald Trump will solidify her support among minority groups.” Of the specific challenges that Clinton could face as the first female presidential candidate for a major political party, Lucas said, “There will be those who will try to marginalize the impact that women have had in legislating and governing. I would say to her, ‘Pay the pundits no attention.’”

Lucas speaks from experience. An apprentice ship fitter who went on to become the first woman ship fitter, Lucas later held leadership positions at the Southeastern Tidewater Opportunity Project (STOP). She was elected to the Virginia General Assembly in November 1991 and is a member of several Senate Committees including Education & Health, Courts of Justice, Finance, Local Government and Rules.

“Women are just as capable of governing and managing as men,” Lucas said. “It is long past time for people to get rid of these stereotypes about women’s limitations. We have none. We are just as capable as men of governing. Historically women have been treated as if they are not capable of doing the same work as men.
Granted, there are many women who have excelled and these days can do every job a man can do. The last glass ceiling is the one Hillary Clinton is breaking. She is giving women the idea that they can achieve what they want.” Chesapeake City Councilwoman Dr. Ella Ward said she applauds Clinton’s diverse background: First lady, senator, secretary of state, attorney, and two-time presidential contender. “She brings to the table advocacy,” Ward said. “I think her win is phenomenal for women,” Ward continued. “This is a historic moment. I am doing everything I can to help her win. But this has not been done before.”

Ward has been a member of Chesapeake City Council for a decade, previously served on the Chesapeake School Board and the state Board of Education. In 2012, she tackled the 4th District against incumbent Randy Forbes and garnered 43 percent of the vote. Ward recently competed unsuccessfully against State Sen. Donald McEachin in the Democratic primary for the newly redrawn 4th Congressional District seat that is being vacated by Forbes.

Of the unique tightropes that female officeholders sometimes walk, Ward said, “I sometimes face them myself as a female. We still have to work twice as hard. And the scrutiny she (Clinton) has come under has been unparalleled,” Ward added pointing to other public examples. ”Look at the scrutiny Loretta Lynch faced,” Ward said. “I know for the past few years I have faced undue criticism. You get criticism anyway you go in many cases.”

Another challenge for female officials is receiving due respect. For example, say you have an earned doctoral degree like Chesapeake City Councilwoman Dr. Ella Ward or Virginia Beach City Councilwoman Dr. Amelia Ross-Hammond. Both said they are rarely addressed as Dr. in the press or in political settings. Ward said, “I have an earned Ph.D., and they refuse to call me Dr. They call me Mrs. Ward. So these types of subtle and blatant differences are clearly gender bias, and it is obvious. She (Clinton) has faced that in so many ways. But she will try to make a difference and that is what she has to do. As women, we are still considered a minority just by our gender alone, it’s not just her.”

Virginia Beach City Councilwoman Amelia Ross-Hammond said Clinton’s historic speech on June 7 inspired women of all ages including her own mother who is 88. “My mother sat in front of the TV and clapped and clapped. She was so excited and happy about it. To me, that is the impact. It means we matter as women. I liked the way she (Clinton) covered the history of voting for women.”

Ross-Hammond, a retired Norfolk State University professor, was first elected to Virginia Beach City Council in 2012. She began her term on Jan. 1 2013, and will run for a second term in November. She was also appointed by Gov. Timothy M. Kaine to serve on the Virginia Council on the Status of Women. According to news reports, the 19-member council was created to identify ways in which women could make a full contribution to society as wage earners and residents. Her term ended June 30, 2008.

Ross-Hammond said the impact of Clinton’s historic nomination “is inspiring all women no matter their ethnicity. In a male-dominated world being taken seriously is important. She is well-qualified to be president. She will have some personal challenges but has proven to be resilient.” Ross-Hammond said three strategies help women succeed. “First, I look at what matters. I focus on what unites rather than what separates. One thing I’ve always stressed from day one is you have to be confident and assured. Sometimes you have to set your bar and stick to it.” Second, form strategic alliances, Ross-Hammond said. “This means you build relationships that give you the leverage to move forward to whatever opportunity may come. You can’t move forward in fear. Third, serve a purpose greater than yourself. I do. And once I do that, I don’t worry anymore. It gives me the strength I need.” Gaylene Kanoyton, 1st vice chair of organization for the Democratic Party of Virginia, said Clinton’s historic win could offer “new perspectives in leadership.” As chairwoman of the Hampton Democratic Committee, Kanoyton helped increase turnout among voters ages 21-40. “People are looking for a president who will deliver results that make a real difference in their lives. That’s Hillary Clinton.”

Pointing to Clinton’s many accomplishments, Kanoyton said, “As First Lady, she helped get health care for eight million children. As senator, she championed the Paycheck Fairness Act and co sponsored the Lilly Ledbetter Fair Pay Act in an effort to achieve equal pay and help close the wage gap. As president, she’ll break down barriers that are holding Americans back and work to build ladders of opportunity for everyone.” If Clinton wins in November, Kanoyton said it could “open doors for more women to run for office and win. Little girls will know that running for President of the United States of America is now a reality.”

In Chesapeake, the Rev. Dr. Vanessa McCoy Owens said she believes Clinton’s historic win will help families. “She has true family values and that is what matters, said Owens, an associate pastor at Jesus Church of Deliverance in Chesapeake. “ The thing we women are looking for, she has.” But, she will need ongoing support to succeed as President, said Owens, who heads the Martin Luther King Family Life Center Inc. which is headquartered in Lebanon, Pa. “We will have to stand with her and not pull out after she wins. The people who put her there will have to be the people who will keep her there. She will need support because the pressures will be so enormous.”