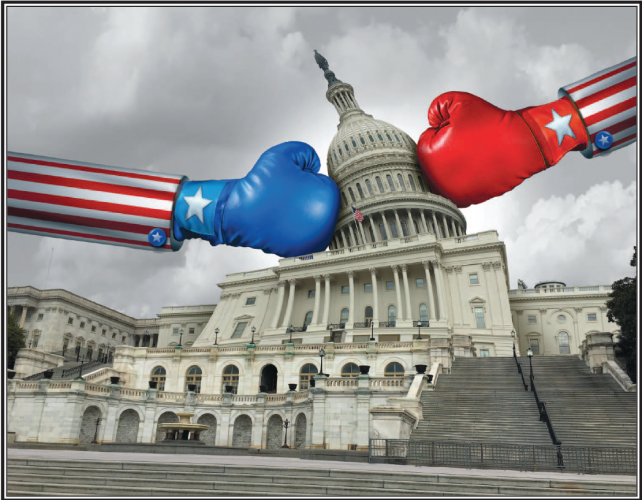 Democratic U.S. Congresspersons representing districts in Hampton Roads have joined colleagues supporting the impeachment inquiry into a whistleblower complaint about a phone conversation between President Trump and the President of Ukraine.

Of the 11-member Congressional delegation from Virginia, the seven Democrats support the inquiry, while the four Republicans have said this is just the latest and a desperate attempt by the other side of the aisle to remove Trump from office.

It seems that most of the residents who voted to elect then do too.

The Ukrainian issue has moved more House Democrats, especially those representing districts won by Trump in 2016, to support the move to impeach Trump.

The incident prompted House Speaker Nancy Pelosi to go forward with a committee investigation into the matter to determine if it were an impeachable offense.

The Inquiry got underway Sept. 24 when Joseph Maguire, the acting director of national intelligence, testified about the issue before the House Intelligence Committee.

According to the complaint, President Trump abused his power for his benefit politically when he told Ukrainian President Volodymyr Zelensky, to work with the U.S. Attorney General to investigate the conduct of Democratic presidential candidate Joe Biden. He also offered to meet with the foreign leader at the White House after he promised to conduct such an inquiry, according to the transcript of the call released last week.

Those statements in a July 25 phone call were so concerning the intelligence community inspector general thought them a possible violation of campaign finance law.

In late August, intelligence officials referred the matter to the Justice Department as a possible crime, but prosecutors concluded last week that the conduct was not criminal.

“Since the start of the 116th Congress, I have been honored to serve as Chairman of the Committee on Education and Labor,” said Virginia’s Third District Congressman Robert Scott. “Democrats have been working to expand access to the building blocks of a strong middle class – a quality education, a rewarding job, and affordable health care.”

Scott said the Mueller report revealed multiple instances of Trump of enriching himself from foreign business transactions in violation of the Emoluments Clause, and after failing to sanction violations of the Hatch Act, recent events cannot be ignored.

“The President has now admitted to sacrificing national security for his own political gain and then violating the law by refusing to provide to Congress the whistleblower complaint submitted to the Intelligence Community Inspector General,” said Scott. “That is just the latest example of this president violating the law and constitutional norms and this violation undermines our national security.

“Every Member of Congress swore an oath to uphold and defend the Constitution. I, therefore, support Speaker Pelosi’s call for a formal impeachment inquiry. It is the only appropriate course of action given the severity of recent events.”

Voters in Scott’s District say they are voicing cautious support for the effort.

“Since it is almost certain that the Senate will not support impeachment, the main goal of the House inquiry should be to educate the public,” said resident of the Park Place section of Norfolk who lost a brother during the 9-11 attack. “Yes, Trump’s base will be fired up as usual. I believe that the numbers are increasing in people who are profoundly disturbed by 45’s reckless behavior. If the Dems handle it properly, they win.”

G. Faye Allen, a local Democratic Party activist, said, “It’s a shame that politics is so far from working for the good of the nation and protecting our Constitution. The bar is so low, that Evil & Hate is the Bar for keeping your job and having character is no longer an Asset! Sad – Sad – Sad.”

William Goodman, who lives in Scott’s district and is an independent voter,said, “Impeachment would be good, but first I think you need a better option to replace him with. I don’t see one available. The Democrats must do a better job at being leaders in this day and time.

“There is such a huge disconnect between politicians in general and their constituents. If the gap is narrowed, a real dialogue would incur, and good options would be created.”

“When I took the oath of office,” said Fourth District Congressman Donald McEachin, “I swore to uphold the Constitution and now, I must stand up for what I know is right.

“The sitting president of the United States has repeatedly violated the law and damaged our democracy. Recent reports, if true, about his conversation with the president of Ukraine, demonstrate that he continues to place self-interest ahead of national interests, putting his desire to win re-election above our rule of law and national security.”

Luria, a former Navy commander who served in the military for 20 years, said, “I didn’t come to Washington wanting to impeach the president. It’s a very sad day for our country.”

Over the weekend, as news broke about Trump’s communications and actions toward Ukraine, Luria and Spanberger joined five fellow freshman lawmakers with backgrounds in national security to craft an op-ed in The Washington Post to announce their support for impeachment.

Only two presidents have faced impeachment by the House: Andrew Johnson and Bill Clinton. Both were acquitted by the Senate. Richard Nixon resigned before the article of Impeachment was addressed.

Dr. Eric Claville, of Claville Consulting, LLC. a noted political analyst, said the Democrats’ impeachment move is a double edged sword. It will energize the party’s base of support and the President who may reclaim the support of Independent and Republicans voters who have soured on his presidency next year.

“This is a hard decision for the Democrats who have been split on the issue up until now,” said Claville. “The inquiry and the process must be meticulous and produce evidence to warrant impeachment. I don’t think White House would be so forthcoming with information if they knew there was a smoking gun. We must wait and see what the inquiry uncovers.”