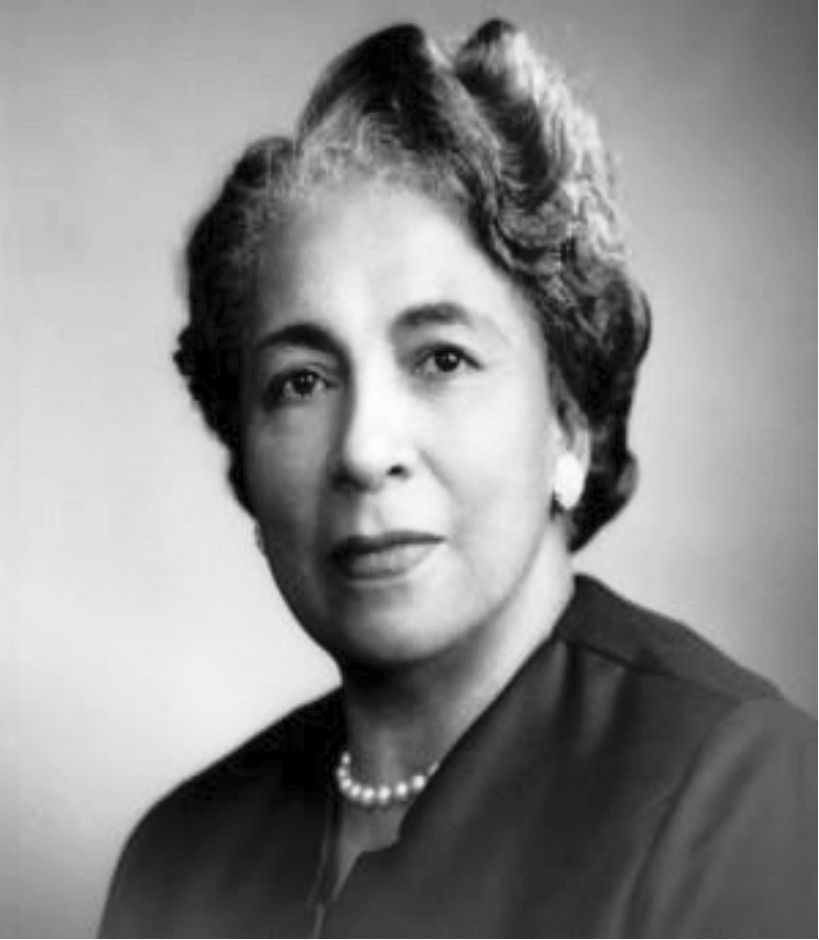 On Dec. 9 at 9:30 a.m., at least 200 people are expected to relive the exceptional life of Dr. Dorothy Boulding Ferebee, one of the nation’s first female medical doctors of color, thanks to the monument unveiling ceremony that members of the Iota Omega Chapter of Alpha Kappa Alpha Inc. will hold in her honor.

Dr. Ferebee earned her medical degree in 1924 at Tufts University School of Medicine in Boston, interned at Freedman’s Hospital in Washington, D.C., joined Freedman Hospital’s medical staff in 1929, and from 1949-53 served as the second president of the National Council of Negro Women, succeeding Dr. Mary McLeod Bethune. In 1930, she married Norfolk native, Claude Thurston Ferebee, a professor in Howard University’s College of Dentistry. The couple had twins, a boy, and a girl.

“In the midst of the debate of whether or not Confederate monuments should remain or be removed, Alpha Kappa Alpha Sorority, Incorporated ® has been about the business of erecting monuments and markers for women who rejected racial and gender-biased limitations on their personhood, and effectuated change throughout the greater 20th century Jim Crow society,” Dr. Colita Nichols Fairfax, a Norfolk State University senior faculty fellow and the region’s representative for Alpha Kappa Alpha’s International Archives Committee, said in a recent email.

“Throughout the country, beautiful black slate monuments in honor of past International Presidents have been erected,” Fairfax said. “Given that Dr. Dorothy Boulding Ferebee is a Norfolk native, and the sorority’s 10th President, the Iota Omega chapter and Upsilon Omicron Omega chapter found it fitting to host a marker unveiling here in Norfolk, her hometown.”

Norfolk Mayor Kenny Alexander will deliver greetings at the program. The keynote speaker will be the sorority’s international president Dr. Dorothy Buckhanan Wilson. The program will also include Ann Boone, president of the Berkley Historical Society, and reflections from Dr. Ferbee’s cousin, Harriet Paige Brown, a 50+-year member of the sorority and former chapter president of Iota Omega.

Dr. Ferebee joined Alpha Kappa Alpha Inc. while she was a student in Boston. From 1939-1941, she served as the 10th international president of the sorority.

She also served from 1935-1942 as an early healthcare advocate with the Mississippi Health Project, where she was the director of the Alpha Kappa Alpha-launched initiative. Her sister-in-law Constance Ferebee Jones would join her with this project, which provided health care to sharecropper families in Holmes and Mound Bayou Counties. Under the sometimes-hostile gazes of white landowners and overseers, the health team provided smallpox and diphtheria immunizations, dental services, as well as nutritional and safe sex counsel.

Her exceptional life is chronicled in the 2015 book, Dorothy Boulding Ferebee, Civil Rights Pioneer by Judge Diane Kiesel, an investigative journalist and acting justice of the New York State Supreme Court. There was a personal cost to her success, Kiesel wrote.

Fairfax said, “The Ferebee Marker Unveiling takes place during the weekend that Iota Omega celebrates 95 years of service in Norfolk. Chartered in 1922 by ten beautiful and phenomenal young women who had graduated from Howard University, Wilberforce University and the University of Pittsburgh, where they were initiated, Iota Omega is pleased to partner with its sister city chapter Upsilon Omicron Omega, to remember a native Norfolkian who gave so much of herself to her people and provided a model of public healthcare that has been studied and duplicated in the public health sector.”

The 109-year-old sorority is involved in a historic marker project throughout its 10 regions, said Fairfax, the author of a book about the sorority that will debut in December: Timeless History and Service of the Iota Omega Chapter, Alpha Kappa Alpha Sorority, Inc.

We will also unveil a monument for the 22nd International President Janet Jones Ballard on the campus of Virginia Union University, in Richmond, on December 16th.”