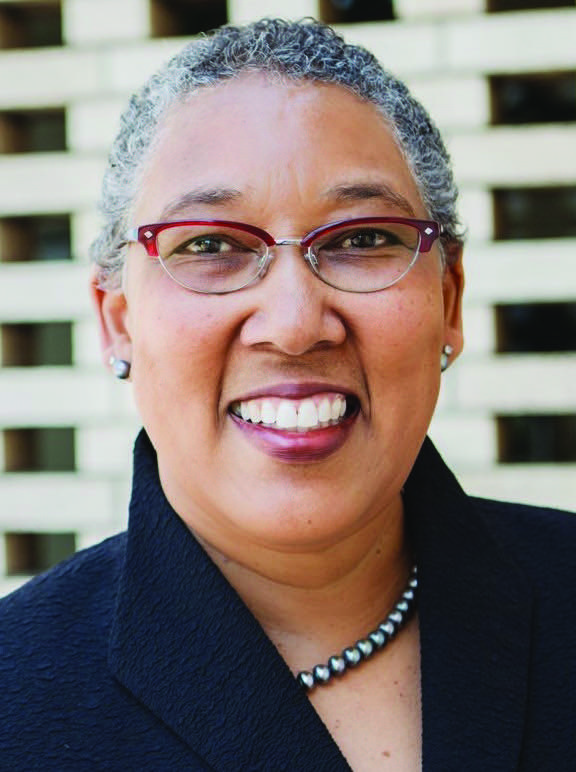 John F. Kennedy could have been referring to some of the graduates of the LEAD Hampton Roads training program when he said, “Leadership and learning are indispensable to each other.”
Kennedy connected the passion for lifelong learning to the ability to skillfully lead others in a speech he delivered at the Dallas Trade Mart in 1963. That was about two dozen years before the then-recently merged Hampton Roads Chamber of Commerce launched LEAD Hampton Roads in 1988.

“The experience allows you to see the region from a different perspective. This is especially life changing if you are not from Hampton Roads (like I am). It provided me with a deeper understanding and inner working of the region. The program cuts across racial, age, professional, socioeconomic and religious boundaries. It is very intentional in pulling together a diverse group of professionals that hope to build on the regions’ assets.”

Johnson reflected on the time he spent in the leadership class and said the program not only helps graduates develop valuable life-long relationships, it helps leaders “assess themselves and to gauge where they are in their leadership journey. It helps to add value not only to the graduate but to their organization.”

Johnson zeroed in on multiple skills he developed in the leadership class. “The experience has expanded my networks, both personally and professionally, and assisted with my career growth,” he said.

Delegate Daun Hester participated in the first class of LEAD Hampton Roads. “I graduated in 1989,” she said. “I heard about LEAD Hampton Roads through my work in the community. Because I was a lifelong member of Norfolk, I thought the program would give me a perspective of the region that I had not been exposed to. I was working full time and part time. I asked my employer for the leave time to participate in the program.”

Hester is an educator who served as a member of Norfolk City Council from 1996-2010. She served as vice mayor from 2004-2008. She currently serves as a Democratic member of the Virginia House of Delegates in the 89th District in Norfolk. She is running as a candidate for Norfolk’s City Treasurer.

Describing the impact that the LEAD Hampton Roads program has had on her lawmaking leadership skills through the years, Hester said, “It provided an opportunity for us to meet monthly and explore various facets of Hampton Roads from the arts, military, business, education, etc. We also discussed issues that are important to the region.”

The program “enhanced my thinking about all of the opportunities Hampton Roads has to offer families and businesses,” Hester added. “Some of the discussions helped me shape my thinking about the value of the education, the arts and the military to Norfolk and the region. I have listened to the advice of members of LEAD when shaping legislation.”

In other words, Hester points to the clear connection between a passion for learning and leadership, like Kennedy did in his 1963 speech. Hester added, “Leaders have to make some tough decisions … LEAD Hampton Roads is a great program and I am still recommending it to others whether they have lived here all their lives or they are new to the area. LEAD makes a difference.””

Hampton City Official James Gray graduated with the 2002 LEAD Hampton Roads class. “I learned so much about the Hampton Roads region that would prove to be very beneficial to me in my future positions as a fire chief, assistant city manager and in my current position on Hampton City Council,” he said.

“I don’t recall specifically how I found out about the program,” Gray added. “Throughout my public service career, I have always sought out leadership and other professional development opportunities so it was not surprising that I would discover a great program like LEAD Hampton Roads. The program required a huge commitment of time – one full day each month – for eight months, but in the end, it was time well spent.”

Gray pointed to specific leadership skills he developed in the program. “LEAD HR added a Board Partnership initiative in 2001 where participants in the program are placed on a non-profit board as a non-voting member. At that time, I was not a member of any non-profit boards so my placement with Goodwill Inc. was a brand-new experience.”

Gray chuckled and added, “It was a little intimidating in the beginning and didn’t result in a permanent seat on the board, but I learned a lot about governance, the value that non-profit organizations add to our region, and the challenges they face to remain viable as they endeavor to accomplish their missions. Since that time, I have served on numerous non-profit boards, including LHR Board of Trustees, and my participation in the LEAD Board Partnership certainly prepared me for the opportunities that would eventually come my way.””

Dr. Michelle Woodhouse, chief operating officer and provost of the Portsmouth TCC campus, is a graduate of the 2012 class of LEAD Hampton Roads. She said, “I think this is a great idea to tell the story of LHR and hopefully this will promote getting more people engaged with a such a relevant organization within the Hampton Roads region.”

And this is where Woodhouse brings Kennedy’s quote on leadership and a passion for lifelong learning sharply into focus. She has held increasingly responsible posts in education since 1989, when she began as a high school business-marketing teacher. Currently, she oversees a campus that serves more than 10,000 students, has five divisions and two extension locations.
“I truly valued my experience as a member of LEAD Class of 2012,” Woodhouse said. “The relationships and connections are important and necessary as a leader in higher education. . .For the last six years, I have provided robust leadership and continue to guide the strategic direction of the campus in concert with the college’s mission and strategic plan.”

“I have created a campus culture which focuses on student engagement, transparency, collaboration, respect and team work,” Woodhouse noted. “Because the campus recently experienced a shift in student demographics and culture, I felt it was imperative to facilitate conversations among faculty and staff about engaging our students, understanding our changing student dynamics, and appreciating the changing demographics. Our Call-to-Action initiative has been the guiding catalyst to creating a united culture where we all agree to work hand-in-hand to promote and facilitate student success.”