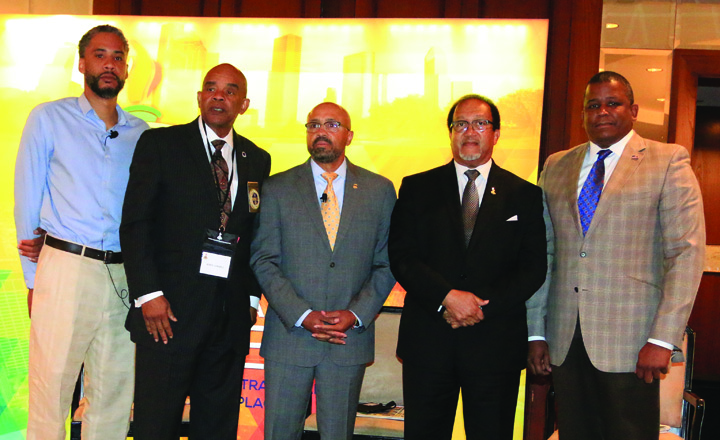 Should the sale and use of menthol cigarettes become illegal? And would that action disproportionately affect the African-American smoking population? The question of criminalizing menthol cigarettes which are legal is being debated by state and local governments across the nation and is garnering support and opposition from diverse groups for diverse reasons.

A coalition of national Black law enforcement organizations is actively opposed to making smoking menthol cigarettes illegal and argues that this would lead to filling up the nation’s jail cells with a new crop of non-violent drug offenders who will be arrested for smoking bootlegged menthol cigarettes. Further, they argue, those who will be most affected by criminalizing menthol-flavored cigarettes will be African-Americans who are the nation’s largest menthol-smoking population. African-Americans, they point out, also comprise the largest population being incarcerated now for other non-violent drug use offenses.

The coalition of Black law enforcement organizations is touring the nation making its case. The National Organization of Blacks in Law Enforcement (NOBLE), the Drug Policy Alliance (DPA) and Law Enforcement Against Prohibition (LEAP), while supporting restrictions on smoking and acknowledging the negative health risks of smoking, argue against imposing laws and penalties that would target only the selling and using of menthol-flavored cigarettes. The sale and use of other tobacco products would remain legal.

In 2009, under the Family Smoking Prevention and Tobacco Control Act, the FDA banned 13 specific flavorings in cigarettes, including strawberry, grape, orange, cinnamon, vanilla, and coffee. The flavor prohibition was intended to prevent young people from being lured by a lethal product, but did not include menthol. Now a growing number of researchers, advocates, academics and health groups has begun to call on the FDA to add menthol to the list of prohibited flavorings in cigarettes.

These three law enforcement groups believe that this additional restriction would do more harm than good, especially for the African American community. Not only would it not decrease the use of menthol-flavored cigarettes and the health risks they bring, opponents say, but it would replace crack cocaine and marijuana as the new reason why police will target poor Black people. To get access to the cigarettes, poor Blacks – aided by criminals – would create an underground market which, after being targeted by the police, would create another criminal class of Black people.

Instead of addressing the health issues surrounding smoking of menthol cigarettes through the criminal justice system, these advocates believe that education and treatment should become the bulwark of an anti-menthol cigarette campaign. For the past several years, representatives of NOBLE, LEAP and the DPA have been featured on panel discussions and media interviews espousing their position. They hope to recruit the Black media, churches, civic and political organizations to join their cause.

Major Neil Franklin (Ret.), the Executive Director of LEAP, has been debating the merits of legalizing marijuana and other illicit substances in print and cable media exchange. LEAP and the two supporting groups participated in June at a workshop during the summer Convention of the National Newspapers Publisher’s Association (the Black Press), in Houston, where they outlined their views on the subject.

During a recent interview, Franklin explained, “A large portion of the Black community’s use and abuse of various brands and strengths of menthol-flavored cigarettes has been a trend for years. There are many health risks, but we are not going to jail for it. “But when you seek to ban such products, it will create an illicit and underground market and this will make the situation worse. The police will then have another reason to target poor Black people who will fill the jails. Also, when the trade goes underground, it becomes uncontrolled and more dangerous.”

Franklin said that the nation’s effort to use “prohibition” has never worked to curb the sale or consumption of any illicit drugs including alcohol, heroin, marijuana and now even menthol-flavored cigarettes. “Remember people died of bath tub gin during the Prohibition or went blind,” said Franklin. “There will be no way to control sales to 11 and 12-year-olds. They will be selling cigarettes, which may be more powerful with carcinogens, which will increase the rate of cancer and other health issues these people are already experiencing.”

Nicotine is the drug in cigarettes which causes people to be addicted to the substance and cigarette producers have been sanctioned for increasing the amount of the substance in them to achieve that aim, says Franklin. Menthol is the chemical that is injected into the tobacco of cigarettes, such as Newport or Marlboros and other favorite brands Blacks consume, which provides the taste that lures them to buy and become addicted.

Franklin said that there has been a concerted effort to “racialize” the criminalization of illicit drugs. He believes white media and federal government once sought to curb the use of alcohol, heroin and marijuana because it “was believed that it turned Black men into sexual predators and worse during the early 20th Century.” This criminalization was heightened during the 1970s during the Nixon administration. In a statement to the media during the early days of the Nixon administration. Nixon’s Domestic Advisor John Erlichmann stated that to criminalize the Black community, the “War on Drugs” was imposed especially in the nation’s urban centers.

With the rise in the importation and distribution of cocaine and its deadly derivative crack, the war on drugs attributed to the rise the incarceration of many African American men, a situation the Obama Administration has been seeking to reverse with criminal justice reforms. Franklin said that while the criminalization of the menthol cigarettes movement has not gained speed yet, San Francisco, Berkley and Santa Clara in California, the city of Chicago and locales in Massachusetts have proposals in the pipeline sanctioning menthol-flavored cigarettes.

Franklin continues to push the belief that state and local lawmakers should advocate anti-smoking campaign medical treatment and counseling as a means of curbing the use of menthol-flavored cigarettes instead of using arrest and jailing to curb their use and sale. “We do not want to start a new wave of criminalization of moral behavior in this nation” said Franklin. “You cannot legislate morality or people ingesting dangerous chemicals in their body, but you can educate people and make them realize that they would be better off not smoking. We do not need another generation of mass incarceration.”