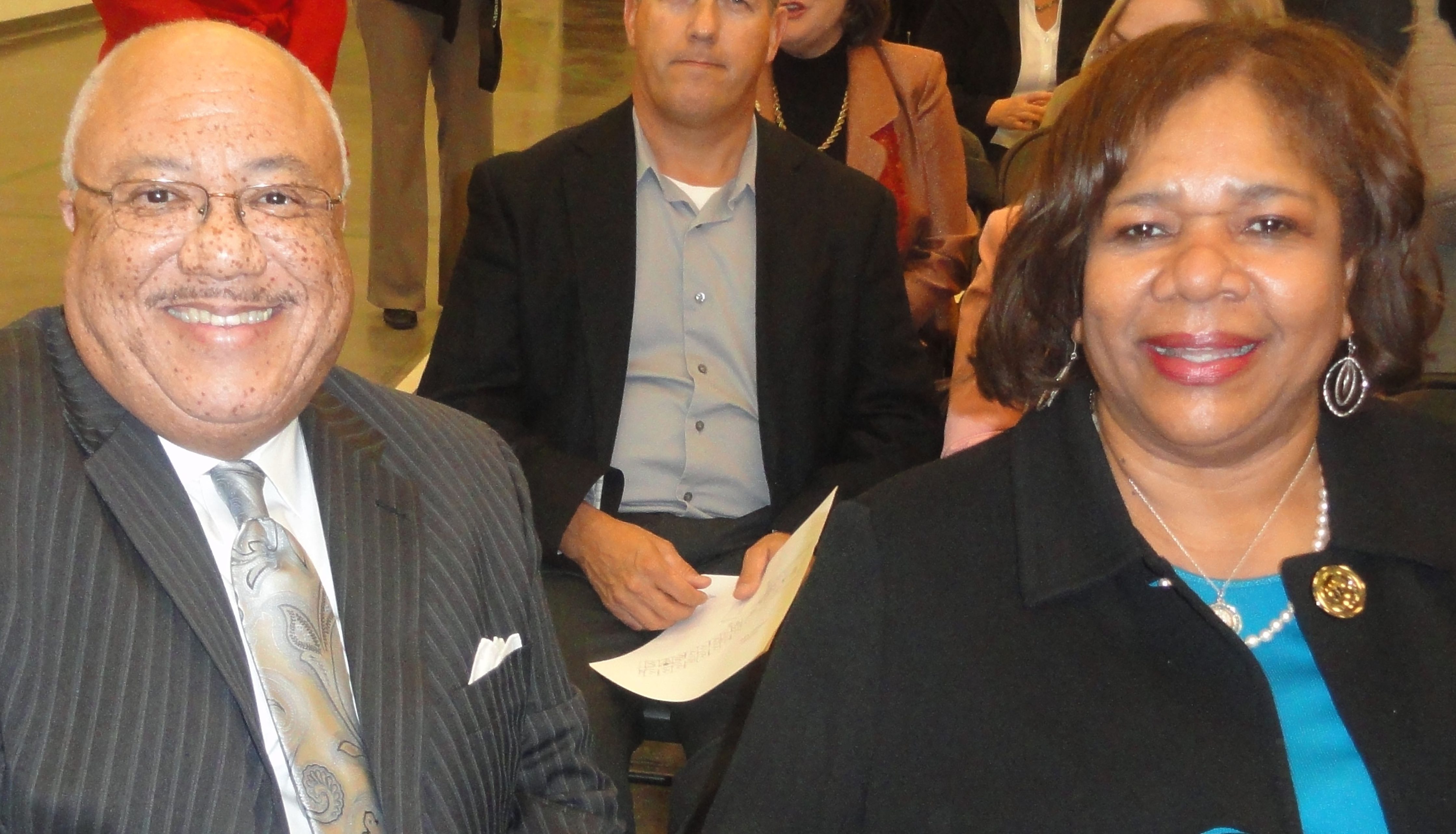 By Bonita Billingsley Harris
Special to the New Journal and Guide

Junius H. Williams, Jr. has always been a go-getter. Raised by a single mother in Petersburg, VA, he worked two jobs throughout high school to save money so he could go to college.
His first job was at the Standard James Shoe Store, cleaning up and delivering shoes by foot. The second was at Bland Funeral Home, where Junius learned a lot of lessons about life and business. He was determined to become a successful funeral director like William Bland. However, those career plans changed course his sophomore year in college, after taking a part time job in the Petersburg district office of Dominion, then called VEPCO for Virginia Electric Power Company. It was the beginning of a 42 year career at Dominion Virginia and North Carolina Power.

“Dominion offered an opportunity to grow and learn,” Junius reflects. “It’s been a wonderful company to work for. It’s been good to me and my family.” Now, Junius has decided to turn the page, retiring at the end of April. Dominion President and CEO Tom Farrell thanked Junius for dedicating so much of his life to Dominion. “He will be sorely missed – here at our company and in the Hampton Roads region. We are very grateful for the legacy of excellence he leaves behind. Dominion is a better company today because of his 42 years of outstanding service.”

In 1972, upon graduating from Virginia State University, Junius took a hiatus from Dominion to serve three years of active duty as a Commissioned Officer in the U.S. Army. He continued in the reserves, serving a total of twelve years, rising through the ranks to Major. Meanwhile, he was climbing the corporate ladder at Dominion. Junius became the first African-American District Manager for the company in Portsmouth. In that role, he flourished, becoming entrenched in the community professionally and personally.

He was active with numerous organizations including the Portsmouth School Foundation, the Portsmouth Partnership, the Maryview Hospital Foundation and the Elizabeth River Project. He was appointed to the Portsmouth City Council in 1992 to finish Sen. Louis Lucas’ unexpired term when she was elected state senator. In 1995, Junius was named First Citizen of Portsmouth. “Working for a company that encourages employees to get involved in the community where we live, work and raise our families has always been important to me and Dominion encourages that.”

Tom Capps, former Chairman and CEO of Dominion, said Junius leaves big shoes to fill. “Junius was ‘Dominion’ in Hampton Roads. He worked 24/7 on behalf of the company and its customers. He was a great representative and employee. He goes out on top!” Retired colleague Eva Teig Hardy agrees. “It was such a privilege to work with Junius for over 20 years. He built a strong community presence for Dominion and represented us well wherever he was. He is one of a kind, a true leader and friend to many.”

Sen. Kenny Alexander reflects on Junius’ many years of work as a lobbyist for Dominion during the General Assembly. “Junius is very well respected by Republicans and Democrats. I can’t find one person that has ever said anything negative about his reputation in Richmond. He is always a gentleman, honest and open about the issues.” Sen. Alexander, also owner of Metropolitan Funeral Services, said he and Junius also share a high regard for the business of supporting families when they need it most. “Dominion’s loss will be his family’s gain … and hopefully mine too! I would love to recruit him,” Alexander laughs. “He deserves to take a few days off and then get back to work … with me.”

Will that childhood dream of working in the funeral business come true after all? Costella Williams, Junius’ wife of 43 years, said he’ll take some time to decide what he wants to do in the next chapter, but whatever it is, he’ll be good at it, sharing his favorite quote. “There is a rhythm to success and that rhythm is based on Faith – Faith in God, Faith in oneself, Faith in your Fellowman, plus hard work, yes hard work,” Author Unknown.