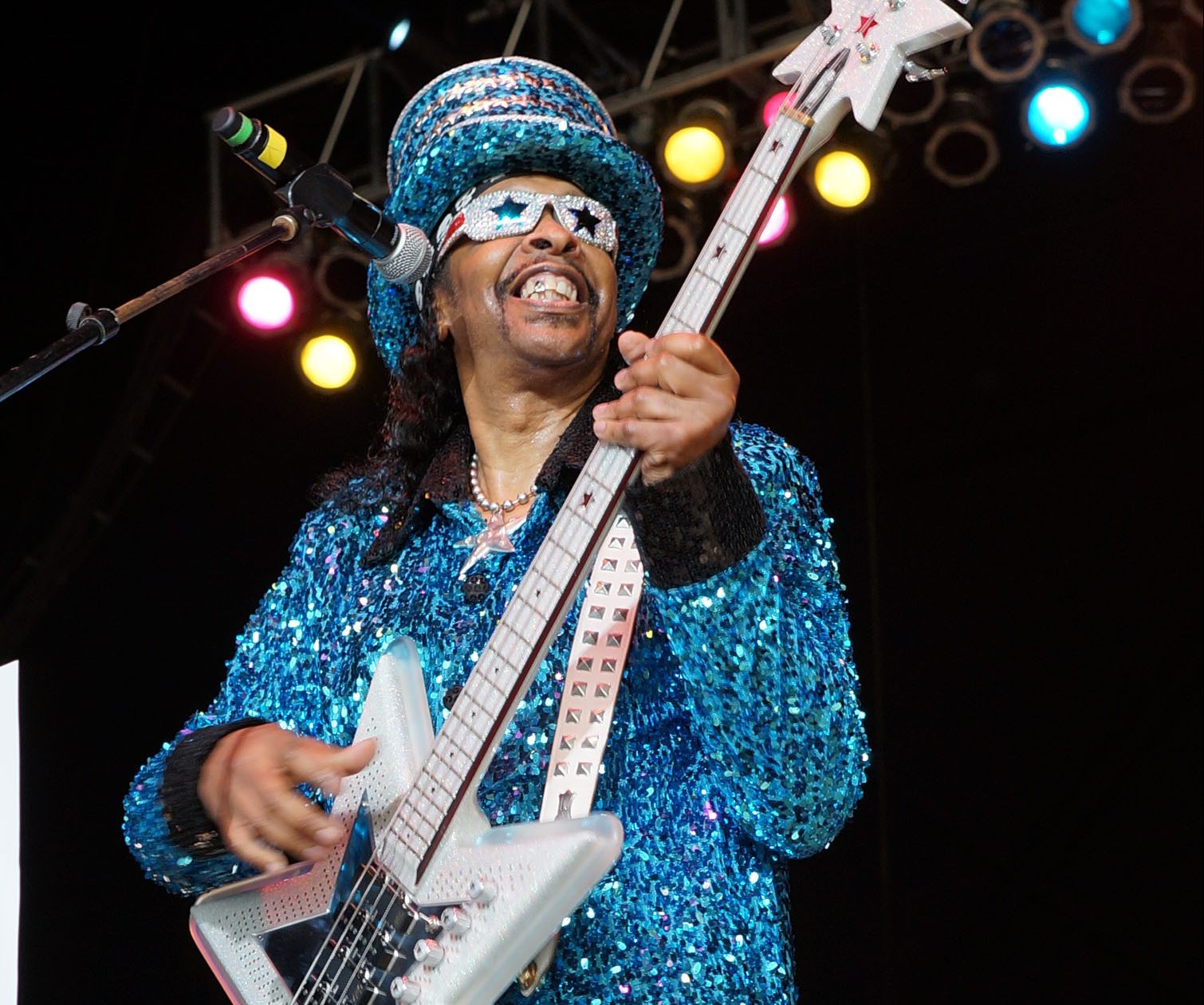 RALEIGH, N.C.
The “Keeping The Funk Alive Tour featuring Kool & the Gang, Morris Day & The Time, Bootsy Collins, and Doug E. Fresh hit Raleigh, NC with a funky blast of musical sounds from the 70s and 80s which kept the capacity crowd moving to the groove on a hot summer evening. Doug E. Fresh was the event’s MC and he jump started the evening with his DJ Chill Will spinning his classic rap songs of the late 80s and early 90s.

Bootsy Collins was next and he delivered round after round of uncut P-Funk hits from the 70s and mid-80s. Morris Day & the Time did a tribute to their founder and “Purple Rain” co-star Prince, and performed all of their classic 80s hits, including “The Walk,” “Cool,” “The Bird,” and “Jungle Love.” Kool & the Gang closed out the show with an energetic performance in which they played their classic hits. Kool & the Gang thanked the audience for supporting their music over the years.