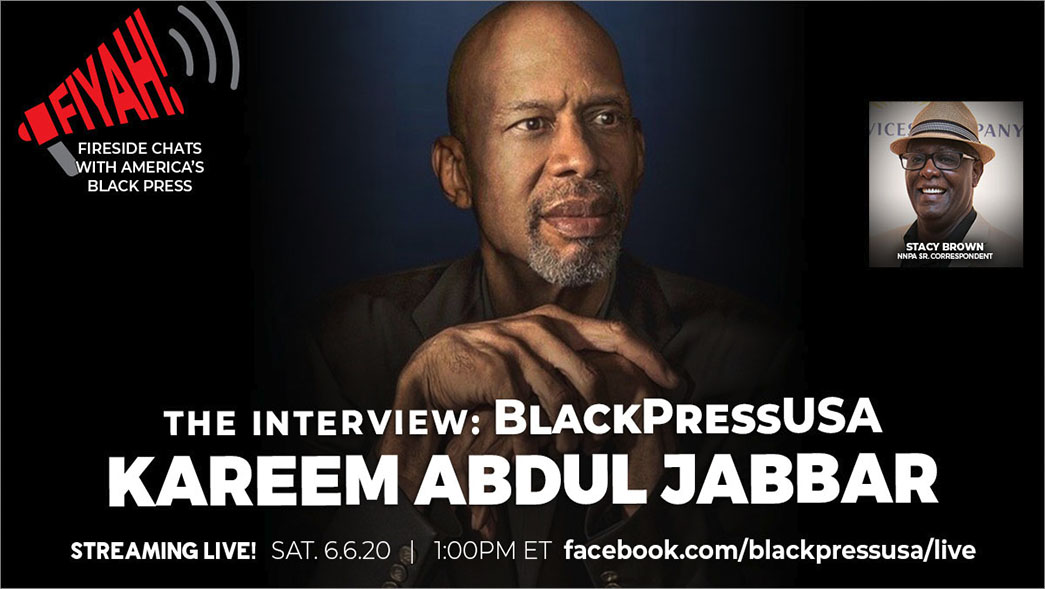 Jabbar, the all-time leading scorer in NBA history who earned six world titles, boycotted the 1968 Olympics in the wake of social unrest and the aftermath of the murder of Dr. Martin Luther King, Jr.

In a live interview with the BlackPressUSA, Jabbar said he believes the murder of George Floyd by police and the subsequent protests around the globe, signal a sea change.

“Across America, people of all descriptions got an understanding of what it means to be a Black American, to be singled out and discriminated against,” Jabbar said during the interview, co-hosted by Brandon Brooks, Managing Editor of the Los Angeles Sentinel.

“For so many Black Americans, it’s just a daily grind of possible bad situations that you come across just because of the color of your skin. And people are starting to realize that and understand that it can’t be tolerated,” Jabbar stated.

The Hall of Fame center has worked almost his entire life to help bring change. He said he even changed his name and became a Muslim because he sought ways to make a difference.

Jabbar commended his fellow athletes for their history of activism, including LeBron James, who has spoken out about Floyd’s murder.

“It is really important for athletes, especially those in African-American communities and communities of color, to speak out because the young people in those communities look up to athletes as the people that set the tone and have the knowledge and courage to do what is right,” Jabbar insisted.

“They look upon athletes in a way that is just a little bit less than how they look at their own parents. So, athletes are very important to the hopes and dreams of young people in those communities.”