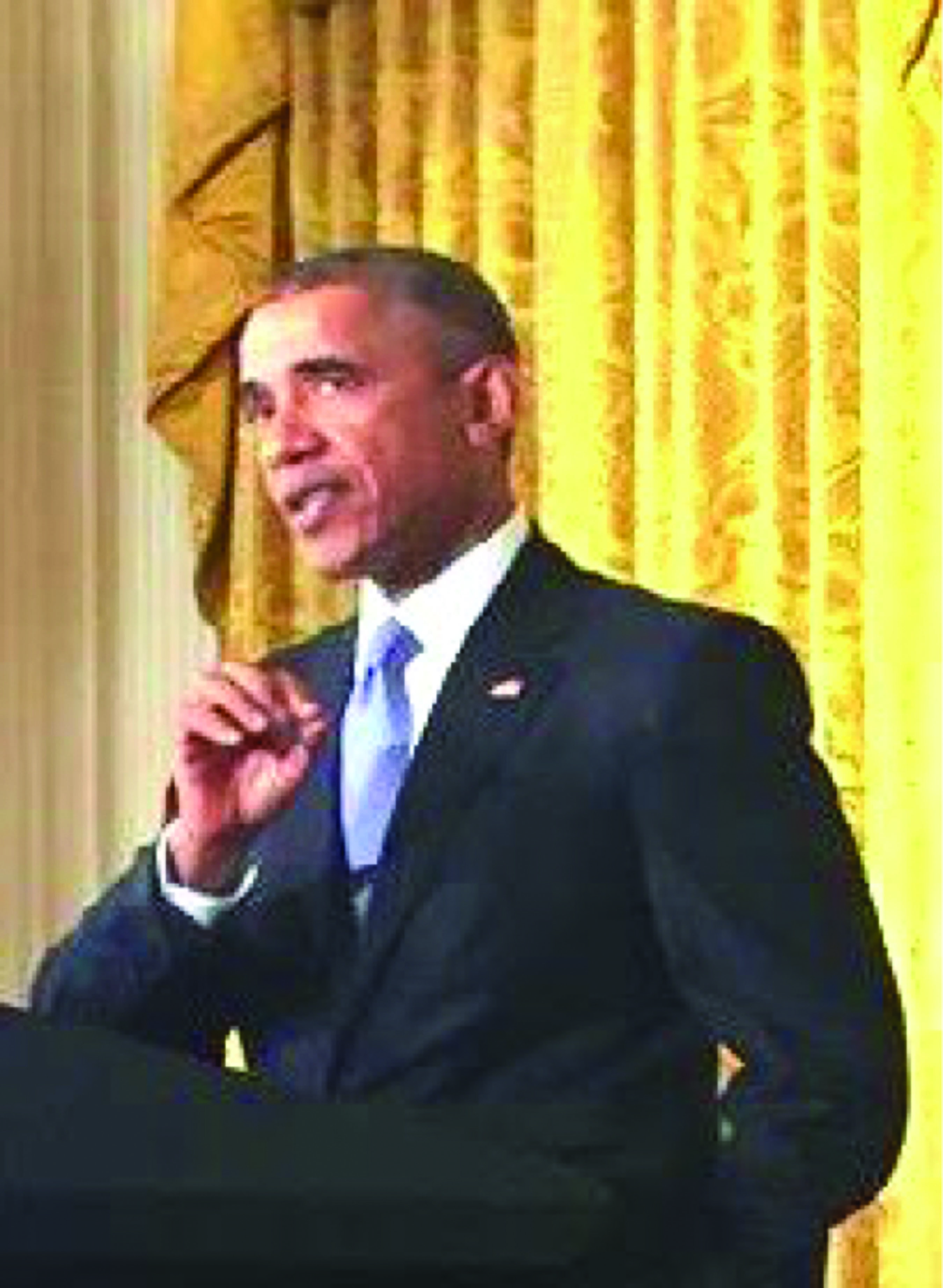 (TriceEdneyWirecom)
President Barack Obama has now weighed in on the Colin Kaepernick National Anthem protest; defending the football player’s right to do so under the First Amendment and crediting Kaepernick for raising issues that “need to be talked about.” “I got to confess that I haven’t been thinking about football while I‘ve been over here, and I haven’t been following this closely. But my understanding, at least, is, is that he’s exercising his constitutional right to make a statement,” the President said during a press conference after the G20 Summit in Hangzhou, China on September 1.

“I think there‘s a long history of sports figures doing so. I think there are a lot of ways you can do it. As a general matter, when it comes to the flag and the National Anthem, and the meaning that holds for our men and women in uniform and those who fought for us, that is a tough thing for them to get past to then hear what his deeper concerns are.” President Obama continued, “But I don’t doubt his sincerity, based on what I‘ve heard. I think he cares about some real, legitimate issues that have to be talked about.

And if nothing else, what he’s done is he’s generated more conversation around some topics that need to be talked about.” Kaepernick, quarterback for the San Francisco 49ers, has gained national attention – both applause and ridicule – as he remains seated and even kneeled alongside teammate Eric Reid during the National Anthem before pre-season games. Kaepernick says he is protesting because of widespread systemic discrimination against Black people in America as well as police brutality and other injustices in the Black community and says he will continue to do so until he sees significant change.

Because Kaepernick also wears socks with a design that depicts police officers as pigs, even those who agree with his protest, have questioned whether his attire may be undermining a legitimate protest. “My suspicion is, is that over time he‘s going to refine how he‘s thinking about it, and maybe some of his critics will start seeing that he has a point around certain concerns about justice and equality. And that’s how we move forward. Sometimes it’s messy, but it’s the way democracy works,” Obama concluded. “I‘d rather have young people who are engaged in the argument and trying to think through how they can be part of our democratic process than people who are just sitting on the sidelines and not paying attention at all.”