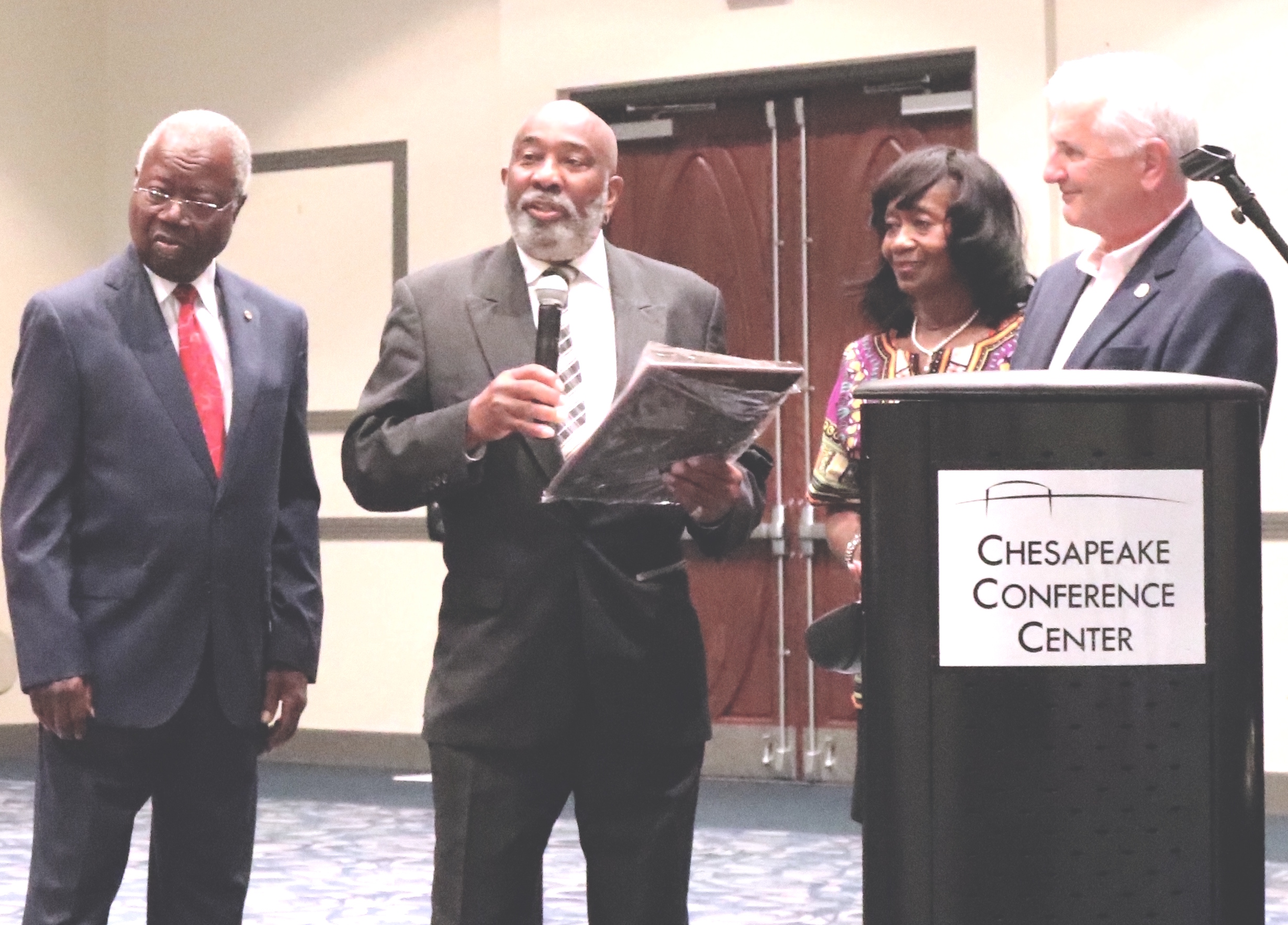 CHESAPEAKE
A proclamation from the city’s Mayor, an historical account of Juneteenth by one of the area’s most well-known Black History presenters, song and dance entertainment, plenty of food, vendors, and a live jazz concert marked Chesapeake’s Juneteenth Celebration presented and hosted by the Chesapeake Juneteenth Foundation, Inc.

Beginning on Friday evening with a Meet and Greet at the River Club through Saturday’s “We Are The Messengers” program at the Chesapeake Conference Center, the spirit of Juneteenth, the nation’s newest federal holiday, was alive. Both events were well attended and were high on educational value, thanks to the Juneteenth Foundation, founded and chaired by Chesapeake resident Ernest Lowery.

The history of Juneteenth dates to June 19, 1865, when news was delivered to the enslaved population of Galveston, Texas by Union General Gordon Granger, escorted by Black Army troops, that President Lincoln had signed the Emancipation Proclamation in 1863. While the proclamation had ended slavery in many parts of the country two and a half years earlier, it took the ratification of the 13th Amendment on December 6, 1865 to officially end slavery in the nation. But the news was cause for celebration and has been such since then. Juneteenth is also called “Freedom Day.”

Before President Joe Biden signed the observance into a national holiday last week, nearly all of the states, including Virginia, had established it as a state holiday.

In his proclamation, Chesapeake Mayor Dr. Rick West proclaimed Saturday, June 19, 2021 as “Juneteenth: A Commemoration of Freedom Day in Chesapeake.” He recognized Foundation Board Chairman Ernest Lowery and its members for their work in bringing the public event to the city for celebration.

In addition to a keynote address by historian Dr. E. Curtis Alexander, during Saturday’s program, Verrandall Tucker talked about his family heritage starting at Fort Comfort, Hampton, and entertainment was provided by Regina Scott Sanford and the world renown Jae Sinnett Trio.