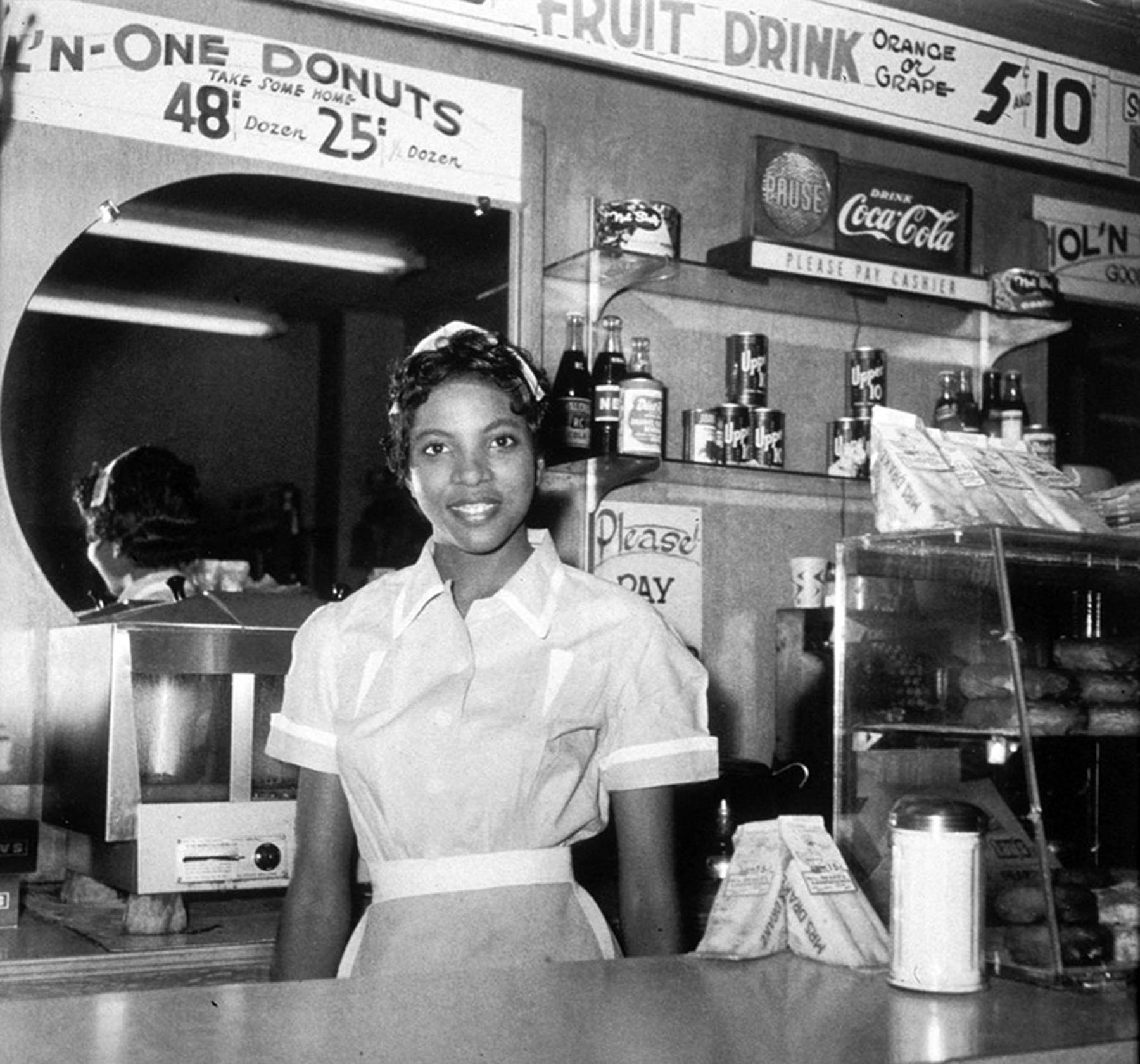 The Chrysler Museum reached back into its archives and produced a thoughtful new exhibit titled Women and the Civil Rights Movement. The free exhibit will feature more than 50 images of women of color. The exhibit will run from June 14 to Oct. 30. It will feature an array of women: Those who participated in peaceful marches, boycotts, and sit-ins. And those who protested alone like the 16-year-old girl who displayed a homemade sign after she was barred from swimming in a segregated pool in a small North Carolina town.

“Taken by Declan Haun, a freelance photographer working for the Charlotte Observer, it wound up being reprinted and circulated all across the country,” Chrysler Museum noted in a statement on its website. “It had quite an impact.” Another photo shows a Memphis woman smiling inside of a segregated restaurant. Her name is Helen Ann Smith. She is a waitress at Harlem House, a segregated restaurant that was part of a national chain (Toddle House). Launched in the late 1920s, by J.C. Stedman, a Houston lumberman who wanted to make use of leftover building supplies, Toddle House had more than 200 locations in almost 90 cities by the 1950s, according to news reports. The point is the restaurant chain operated a parallel chain (Harlem House) for customers of color during the segregation era.

According to news reports, the small Harlem House building is still there. In fact, it is on Facebook. It was one of nine Harlem House restaurants that served hamburgers, pork chops and hotdogs to customers of color denied service at Memphis lunch counters in the segregation era. “Black police officers, doctors and firemen would come. Everybody would come. And it stayed opened 24 hours,” the New Tri-State Defender reported on April 16, 2008.

The point is this smiling Harlem House waitress is included in the exhibit at the Chrysler Museum. “Miss Smith, laughing and serving soda in 1959, may not seem like an activist, but her photograph illustrates a key point in the movement’s history,” Chrysler noted. “There was no such thing as separate but equal. Separate was inherently unequal.” The exhibit includes a mix of women. Some are on the front lines launching change, while others are on the sidelines driving it. Focusing on the perseverance that many women of color demonstrated as the nation shifted from segregation to integration, the works are by many noted photographers including Danny Lyon, Charles Moore and Ernest Withers whose works appear in the Chrysler Museum.

“The Chrysler is proud to be steward of a large and important collection of Civil Rights-era photographs,” museum director Erik Neil said. “As our nation marks the 50th anniversary of this turning point in American history, we are using art to examine an often overlooked side of this story.” The exhibit shows numerous women who simply persevered including Coretta Scott King, who said in a 1966 interview in New Lady magazine, “Not enough attention has been focused on the roles played by women in the struggle.”

Fueled by educators, organizers, writers, singers, photographers, waitresses and others, the Civil Rights exhibit includes images of well-known women of color like Fannie Lou Hamer or the Little Rock Nine, students who enrolled in formerly all-white Little Rock Central High School in 1957. But it also includes unfamiliar images such as the young woman drenched and stumbling at the center of Charles Moore’s image Demonstrators Attacked with Water Cannons, Kelly Ingram Park, Birmingham, May 3, 1963.

“This isn’t a who’s who or a timeline of the Civil Rights movement,” said Alex Mann, curator of the exhibition. “It’s a collection of magnificent photographs telling an inspiring story through different strategies. Some are portraits, carefully constructed, while others are street photographs, throwing us into the action, where we almost feel the heat and hear the protest songs.”

Describing the exhibit’s impact about five decades ago, Mann said, “Some of these pictures essentially went viral. This was one of the first times when photos changed history almost overnight. They shocked the world and changed hearts. Politicians couldn’t ignore them.”
Now, as women gain an increasing presence in politics and leadership, these photographs reach back to an era when women broke down walls, crossed barriers, and challenged the status quo. “No cell phone shot will be more profound than some of the pictures displayed here,” Mann said. Juneteenth Gallery Talk
Sunday, June 19 at | 2 p.m.
The Chrysler Museum will sponsor a guided tour in honor of Juneteenth, which marked the end of slavery in the United States. You can browse through the museum’s collection by artists of color and discuss its influence on culture.
Cost: Free.

Women and the Civil Rights Movement Gallery Talk
Tuesday, June 28 at 2 p.m.
Join Alex Mann, Brock Curator of American Art, as he takes you through photographs from the Chrysler collection depicting the integral role of women in the nation’s quest for social justice.
Cost: Free.