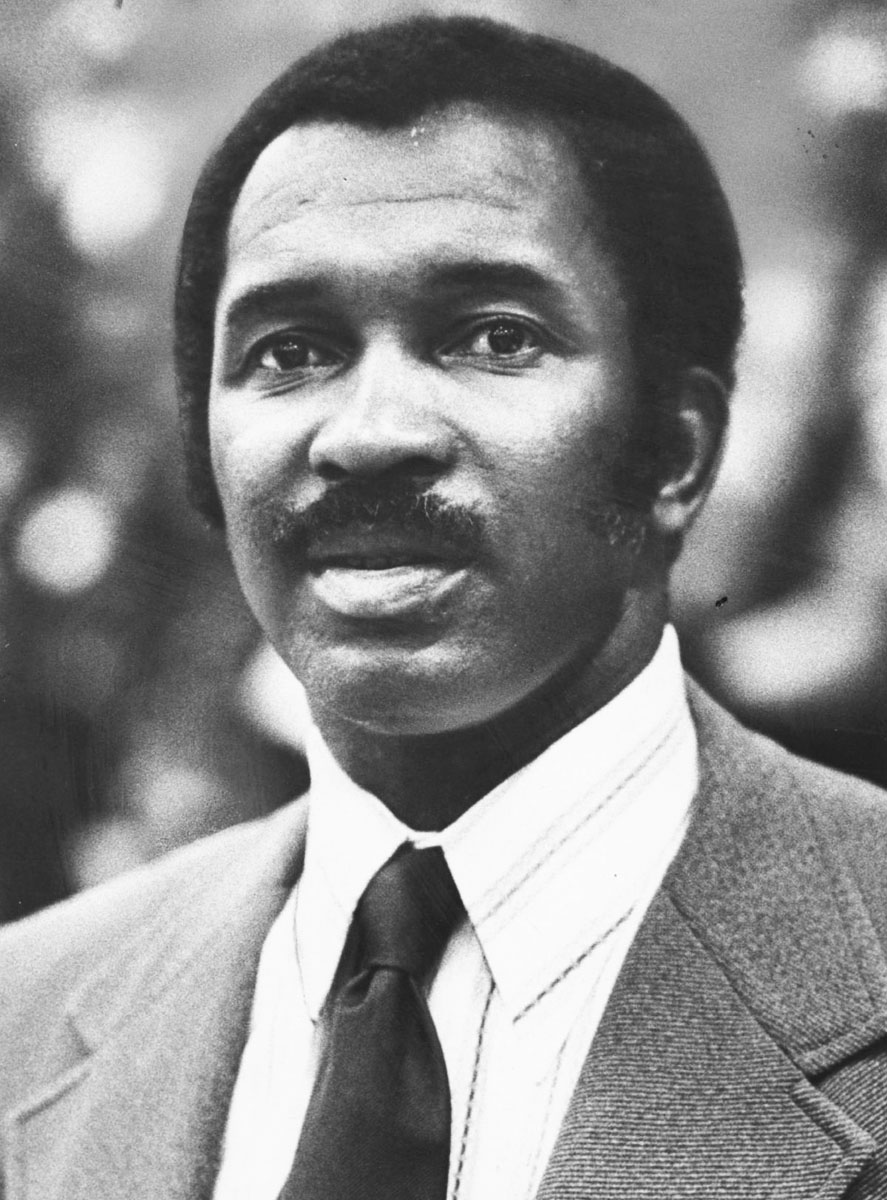 By Glen Mason
Special to New Journal and Guide Sports

John E. Milbourne was a gentleman and scholar. Simply put, as one of his former players sees it he was like a “second father.” Educator and coach John E. Milbourne transitioned to a better place Saturday, May 14, 2016 at 12:45 p.m. at DePaul Hospital in Norfolk, VA. Recognized as a basketball coaching legend in the pantheon of great coaches, Milbourne was inducted into the Hampton Roads African-American Sports Hall of Fame in 2003.

Milbourne attended Booker. T. Washington High School in Norfolk, VA. He played football and basketball. An avid amateur tennis player, he graduated from West Virginia State University in 1957. He was inducted into his alma mater’s sports hall of fame in 2007. Milbourne loved sports and competition. He played basketball at West Virginia State for two years before joining the Army in 1952 to serve during the Korean War. He returned to West Virginia State in 1955 and played two more seasons before returning to revise the basketball program at his beloved BTW.

The 1951 Yellowjackets basketball team he played on was runners-up in 1951. He was a member of the 1952 Central Intercollegiate Athletics Association regular season or “visitation” championship team. After military service he returned to finish college and played in 1956 and 1957. He was co-captain those years. When he returned to Norfolk he literally set about putting BTW on the country’s basketball map. His teams were known for tenacious, aggravating, pestering defense. Coach Milbourne’s fastbreak offense had specific cues, lanes and trailers. His defense initiated the offense. He amassed a 301-99 record in the Virginia Interscholastic Association that merged with Virginia High School League after integration. Ahead of his time, he played parochial schools like Norfolk Catholic because it opened without segregation in 1957. To Milbourne basketball was basketball and athletes were athletes.

“I always felt that the military made integration a situation that needed to be addressed. For lack of a better metaphor, coach John Milbourne was the Uncle Sam for Norfolk Public Schools when ‘white’ schools did not play ‘black schools.’ “John took his teams to the Catholic schools to play and practice. He and Norfolk Catholic basketball Ed Fraim remain friends to this day. During the summer they worked clinics together, and had one of the most exciting basketball rivalries around,” said Ashley Avery, a long time friend whose brother coached with Milbourne at Booker T. and Hampton University.

Booker T.’s basketball games with Milbourne at the were often moved to Norfolk State or the Norfolk Arena to accommodate overflowing crowds in the “dungeon” the nickname opponents gave to the Books’ gym. He was at his best coaching against such friends and colleagues as Bob “Sticky” Smith at I.C. Norcom High, Ed Fraim at Norfolk Catholic, Ted Bacalis at Maury, Joseph Fitzpatrick at Barry-Robinson, Charles Christian at Booker T. of Suffolk and Suffolk High and George Quarles at Crestwood. He also had big time, house packing rivalries with Maggie Walker and Armstrong in Richmond.

Milbourne was a specialist in developing front court players. College coaches loved the skill sets and knowledge of his forwards and centers. His guards were taught to be an extension of the coach on the floor. However, coach Milbourne was quick to acknowledge that he was “blessed” with talented athletes like Richard “Pop” Pitts, William Franklin, Roy Ebron, Wilson Washington, Randolph “Bishop,” William Debose, Tommy Dew, Willie Lee and Derek “Soup” Warren. Besides being high school and collegiate All-Americans, Franklin lead the nation in rebounding at Purdue and played professionally with the Virginia Squires and San Antonio Spurs, Ebron was a Utah Star and Washington played for the Philadelphia 76ers and the New York Nets.

Cole, president of Curtex Construction, also played on Old Dominion’s NCAA Div. II national championship team. At 6-6, Milbourne made him the region’s first big guard. “He was a disciplinarian, an intellectual away from the game. He was a renaissance man,” said Cole. “We hit it off because we talked about strategy, and he’d listen to what I had to say if I had something to contribute. He knew I was a student of the game.

“I told him I’d probably play guard at the college level, and he put me in a position to develop those skill sets,” said Cole who, like Erving Johnson, played guard, forward and center for Sonny Allen at ODU. He played guard for one year at Hampton University under Isaac Morehead before transferring to ODU after his major was dropped. “We had a unique relationship as coach and player,” said Curtis. “Privately, he would let me discuss team strategy and let me voice my opinion from the team’s perspective on the floor. I have a tremendous amount of respected him for that.”

“I’ve had the aspiration to be like coach Milbourne since I first met him not only as a coach but as friend, mentor and his spiritual aspects. He gave me a lot of guidance in my development as a young man. He was like a parent to me,” said Irvin “Shorty Cool” McCoy who starred in the backcourt with Cole. Cole’s brother, Melvin, also played for Milbourne “Everyone wanted play for coach and BTW back in the day. I was just hoping I would be good enough to make the team. Watching my brother play made my desire to play for Coach that much stronger,” said Melvin Cole, a basketball official.

“Coach elevated my game by believing in me and my talent. When you know someone believes in you the sky is the limit. Coach was a motivator and disciplinarian. He made me understand that there are consequences behind my actions. “The thing I remember most about coach was his pre-game speeches. If only we had (portable) recording devices. He always had a different speech. Each seemed to be better than the last,” Cole added. “They were well thought out, so you knew he put a lot of time and thought into them. He taught me to do what you say and say what you mean. He instilled in me a never say die attitude that I still live by to this day.”

(This story is dedicated to Maurice Wilson who was John’s friend, publicist and assistant coach in his final days.)