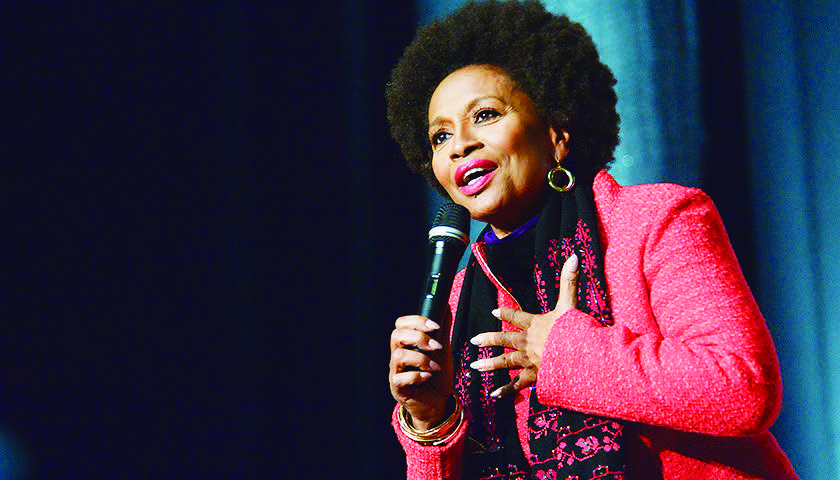 Jenifer Lewis, affectionately nicknamed “Auntie” in Black Hollywood, recently made a special appearance at the Duke Ellington School of Performing Arts in Washington, D.C. where she shared the trials, tribulations and triumphs of her journey to superstardom, while sending a strong message to millennials to stand up and find a purpose.

“There’s no foolproof way to live this thing called ‘life.’ I can’t save the world, I can’t save you and ain’t nobody coming to rescue you,” said Lewis. “Do the work, look in the mirror and know this ain’t no rehearsal. This is life.”

Lewis continued: “Live, pursue happiness – sometimes it’s easier said than done – but we have to strive for that. You’ve laid down in front of these police barricades, now get up, stay up and keep it moving, but don’t miss the beat of feeling … don’t just go willy nilly into the world.”

“Feel your feelings. If you’re disappointed you feel, if you’re hurt you feel,” said Lewis.

Filled with comedy, sex, glamour, sorrow, pain, and good advice, Lewis’ latest over the top production – the story of her life – is a terrific read for anyone who has ever felt like they were ignored, but longed to have a voice.