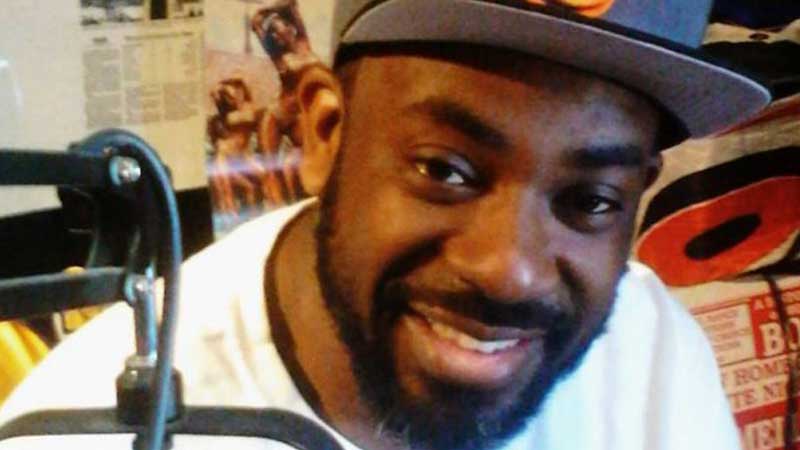 The MEAC is officially in trouble.

Those are the words I said on last week’s FROM THE PRESS BOX TO PRESS ROW. I prefaced it by saying if the MEAC loses another school.

The MEAC has lost another school.

Bethune-Cookman announced late Thursday that it will join the SWAC beginning in 2021 in a unanimous vote by the B-CU board of trustees, ending the affiliation it had with the MEAC since 1979. The move comes two weeks after fellow Florida school Florida A&M announced its move to the SWAC.

When Hampton abruptly announced it was leaving the conference in November 2017 to begin play in 2018 in the Big South, I wrote Goodbye Hampton. Not that it was a bad thing for Hampton to do what it felt was in its best interest, but there is a protocol and Hampton did not follow the protocol. Still, in the words of Woody Harrelson’s brother’s character in the film No Country for Old Men, “You can’t stop what’s coming.”

At the time, I didn’t really think much of Hampton leaving. It doesn’t seem to receive great support for football games at home and certainly not on the road. Its basketball programs are really good and it seemed that would be a loss for the MEAC. But NCCU has been the dominant team in men’s basketball lately and, as we know, football is king so it wasn’t a huge loss for the MEAC.

But then North Carolina A&T announced in February that it was also leaving to join the Big South beginning in the 2021-22 season. Proper protocol was taken by A&T, but the whole HBCU world was in an uproar. Many questioned why N.C. A&T would leave the MEAC, an HBCU conference, for the Big South, a conference with only one HBCU.

That was a big loss for the MEAC. But the MEAC could weather that storm, too. The MEAC shortly thereafter released a statement which said, in part, “…the current makeup of MEAC member institutions are united to remain viable and sustainable Football Championship Subdivision (FCS) conference and are committed to academic and athletic excellence for our students and student-athletes.” He echoed that to me on BOXTOROW a month later.

Obviously, that was not the case. Florida A&M announced two weeks ago it would leave the MEAC for the SWAC in a move that has been well received. And it was a move that made sense. Less travel for the Rattlers and better and more historical rivalries. But what about Bethune-Cookman’s move? B-CU doesn’t have the same support as FAMU. It has history and tradition, but not like FAMU. Was this move made because FAMU made the move to the SWAC? Both schools still could have played the Florida Classic – the annual game between the two teams played in Orlando that generates crowds in excess of 60,000 fans inside the stadium – without B-CU moving to the SWAC.

The phrase, “the change of landscape in college athletics” keeps coming up. What exactly does that mean? Well, in most cases it’s about money. It seemed like the MEAC was well-positioned from a financial standpoint and Commissioner Dr. Dennis Thomas mentioned that the schools have received an increase in revenues from the MEAC in each of his 18 years as commissioner.

The MEAC also has schools in large metro areas like Washington, D.C. and Baltimore, a solid contract with ESPN, which not only airs games digitally, but on television on the ESPN family of networks. Plus, from top to bottom, the MEAC is (was) better in football than the SWAC.

There is something that the MEAC just doesn’t have or is not doing and it’s causing schools to jump ship. I said A&T wouldn’t be the last to leave, but I didn’t think it would be this soon and I never saw FAMU or B-CU leaving for the SWAC. On the other hand, it is not a surprise because the SWAC has a dynamic leader in Dr. Charles McClelland, its commissioner.

When I sat down with Dr. McClelland for an interview during SWAC football media day last year, I was blown away by our conversation. He talked about the sponsorships that SWAC had secured, including a chartered flight company. More recently when he came on BOXTOROW, I asked if sponsorship had been affected by COVID-19 and he indicated partnerships were even stronger. He is a visionary who helped pull Texas Southern athletics out of a mess. He is well respected, enough that he sits on the NCAA Division I Men’s Basketball Tournament committee. I’m sure what Dr. McClelland was saying made FAMU and B-CU say, “I want to be part of the SWAC.” And that’s not to say that he or the SWAC solicited FAMU or B-CU. Each came of its own free will.

So what’s next for the MEAC? Will there be other schools that move on? Undoubtedly. Because A&T left for the Big South, will North Carolina Central join A&T? Will Morgan State make the move to the NEC?

At one time, the MEAC was set to add three schools over a three-year timeframe. They have now lost five schools in about 13 years and the way things stand, the conference will now have eight schools (six that play football) to start the 2021 athletic season. Adding a Virginia State or Bowie State from the CIAA would make sense if those schools would be willing to make the move. Each has a good football program, good overall athletics program, particularly in men’s and women’s basketball, and each is a state school that has solid facilities—particularly VSU which has a 10,000-seat basketball arena.

The footprint of the conference now makes more sense with South Carolina State, NCCU, Norfolk State, Howard, Morgan, Coppin State, Maryland Eastern Shore, and Delaware State. Adding Virginia State from Petersburg and factoring in Norfolk State as its natural rival from the CIAA days, and the potential addition of Bowie State, the MEAC would add the Richmond media market and solidify the D.C. market with the addition of Bowie State. That would be strong for the MEAC.

On the MEAC press conference on Friday, Howard University President Dr. Wayne Frederick, chairman of the MEAC Council of Chief Executive Officers, said that the MEAC had not reached out to any schools in the CIAA and that the MEAC would have an outside consultant firm make recommendations on expansion. He also indicated that the MEAC presidents and chancellors were united back in February, but that “things change.” Clearly, the MEAC was unprepared for these moves.

Now the MEAC must maximize the 2020-21 season with A&T, FAMU, and B-CU still a part. That could be a little difficult in the midst of the COVID-19 pandemic. It is in trouble, but far from becoming extinct. Its 50-plus year history says so.

The MEAC has got to be more progressive. And quickly.

Donal Ware is the founder and host of the nationally syndicated sports talk radio program FROM THE PRESS BOX TO PRESS ROW, airing in over 25 markets across the country and on SiriusXM. He has been covering HBCU sports for more than 20 years.