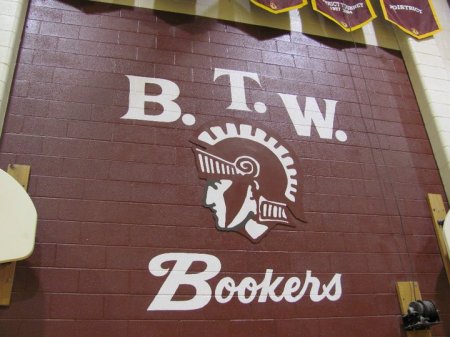 Members of the Concerned Citizens of Booker T. Washington High School (CCBTWHS) plan on going before the Norfolk Public School Board to voice their concerns about the physical conditions of the facility and get an idea on the division’s future plans for the school.

CCBTWHS leaders, for the second time this year, say they will be standing before the panel on June 21 to seek answers about a growing list of concerns from alumni, students and citizens about rumors that the division may be planning to close or repurpose the school, due to budgetary decisions, the eroding physical condition of the facility’s physical plant, and other issues which may be contributing to a declining student enrollment.

The school is designated as the Academy for the Arts, according to a recent restructuring of the curriculum of the division’s high schools. But Doreatha Winfield Joyner and other CCBTWHS members and parents say that due to shortfalls, the division has not provided resources to carry out the goals of that plan.

Want to read more stories like this about your community? Support the New Journal and Guide.

“During an event at the beginning of the school year, we asked a teacher about the program,” said Joyner.

“But the teacher said there were no funds for it. This is why you did not see any plays or activities related to the arts at the school.”

CCBTWHS has been sending out emails and other communications asking that alumni, students, and others concerned about the future of the school to “pack that school board meeting and express your concerns and show your support.”

“A lot of people fear the division is not investing the money and resources in the school (with the intent) to set it up to fail to justify closing it down,” said Joyner, who is the CCBTWHS Treasurer. “This fear is just on the rumor grapevine now. But there is no reason for that school with its history to be in such poor condition.”

CCBTWHS’s core membership is about 40 school alumni and other mostly Black residents who formed to lobby for funding to maintain BTW’s physical structure; funding for curriculum and support for faculty and staff; and to raise money for scholarships and supplies for students and teachers in the classroom.

But CCBTWHS leaders went before the Norfolk School Board in February with similar concerns they say have not been addressed. The group’s leaders are inviting not only the core membership of the CCBTWHS, but all Norfolk and Hampton Roads residents who are concerned about the degrading state of the historical high school.

BTWHS is one of two area schools that existed during Jim Crow segregation and both still are being used as high schools. The other is I.C. Norcom in Portsmouth. Most of the high schools which served Black students under segregation were converted to junior high schools or were torn down.

BTWHS recently regained its accreditation. But school officials have noted the enrollment of the school located in the heart of the city’s Black community, has decreased as parents have opted to enroll their children in schools they perceive as better equipped and able to educate them.

CCBTWHS has complained that BTWHS students have to be bussed to other facilities to practice for sporting events, due to the poor condition of the turf of the athletic fields.

Recently a play open to the public was held at the school and attendees in the school’s auditorium complained of poor lighting, weak sound system, dirty and poorly maintained walls and floors.

Joyner said she and other CCBTWHS members cleaned up the atrium of the school and have expressed concerns about the poor landscaping and exterior conditions.

Recently during an interview with the GUIDE, Norfolk Schools Superintendent, Dr. Melinda Boone said the mold issue has been addressed and cleared.
Also, the school has been fumigated to rid the building of bed bugs. School officials blamed the bed bug menace on students who may have brought them from their homes.

The GUIDE sent an email to the Superintendent’s Communications Director and Board Chair Rodney Jordan, but received no response at press time.
The student population at the school is majority Black and serves students in nearby public and private housing communities. Their families range from low to middle income level.

BTWHS was first opened in 1922 and at the time, it was the only facility which served African-Americans in the city during the height of the Jim Crow segregation. In a September 4, 1963 edition of the GUIDE, students walked out of the school and protested its ragged conditions, The original building, which sat near the existing building, was once called “the Factory” because the facility resembled some of the manufacturing outlets which sat near it in the Brambleton section of the city at the time.

At one point during the latter part of the 60s, the Black community fought to deter the division from building a replacement on a site at the 5500 block of Tidewater Drive and changing its name to Washington High School. In 1974, the school was rebuilt at the cost of $8 million. After a brief period of desegregation in Norfolk, the school continued to be predominantly minority.

The June 21 School Board meeting starts at 7 p.m., according to leaders of the CCBTWHS, in the meeting chambers in the Norfolk Public Schools (NPS) Administration Building.