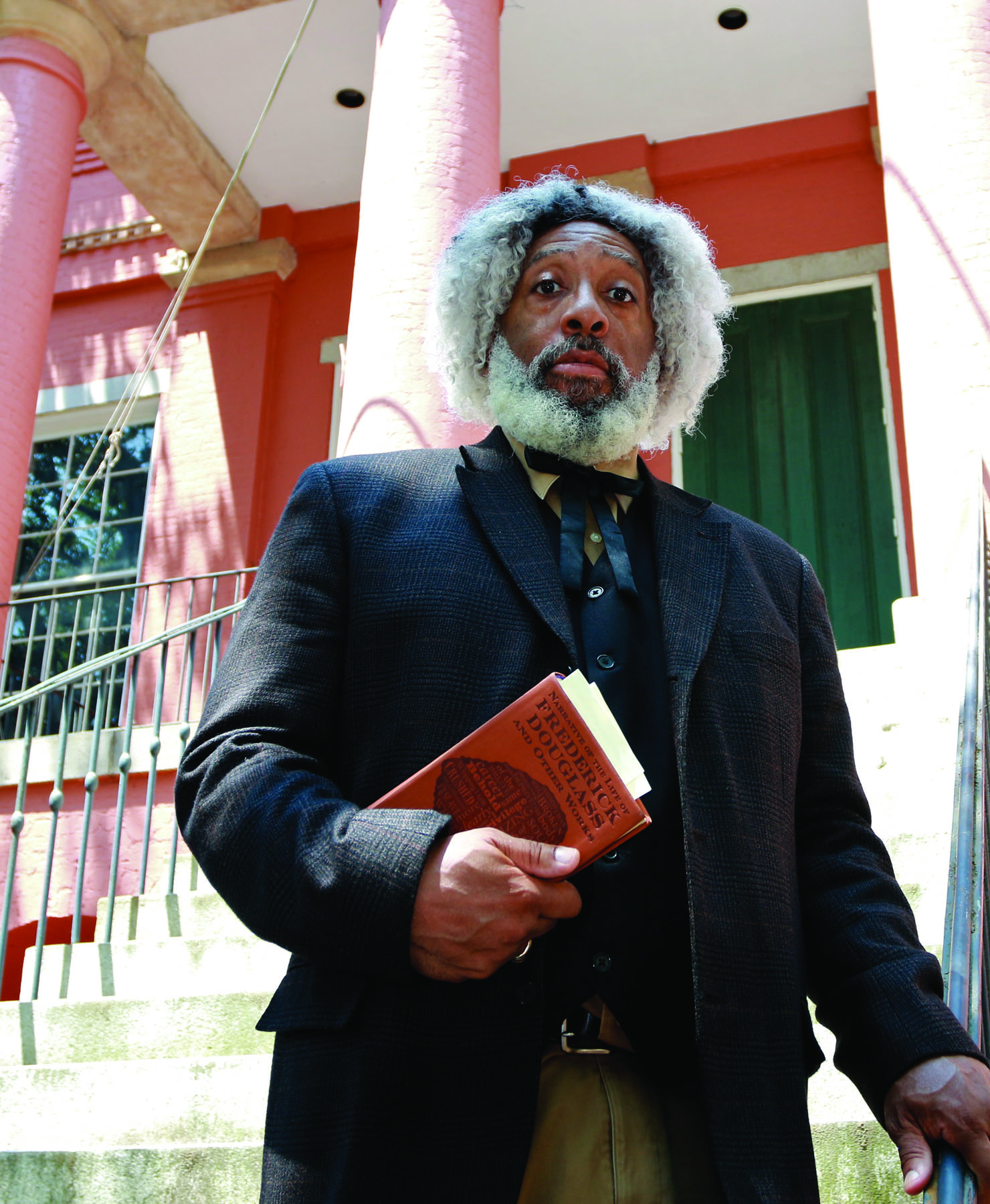 On July 5, 1852, in Rochester, NY former slave, writer, orator and abolitionist Frederick Douglass delivered what many historians claim to be one of the greatest speeches of the 19th century. Aside from the “Emancipation Declaration” written by President Abraham Lincoln a decade later in 1863, one would be hard-pressed to find a more powerful statement on Freedom and Independence.

Douglass’ speech titled “What to the American Slave is the Fourth of July” asserted that America had not lived up to the Preamble which guaranteed “Life, Liberty and the Pursuit of Happiness. He laid out a strong indictment that slavery had corrupted not only the government but religion and society at large.

The speech was one of several powerful speeches that brought Douglass fame and notoriety and speaking engagements all over the country.

In July 1864 Douglass spoke on the courthouse steps in downtown Portsmouth, VA.

I was fortunate to photograph a recent reenactment of Douglass’ 1864 speech in Portsmouth, VA. Virginia-based poet, author and Douglass Historian Nathan Richardson delivered a convincing portrayal of Frederick Douglass to the public and members of the Portsmouth Historical Society. These are a few questions I asked Nathan about Douglass’ vision.

Ernest: How was Frederick Douglass received by the audience at the courthouse in Portsmouth in 1864?

Nathan: There were more than a thousand people who flooded High Street and Court Street to hear Douglass speak. By his own account he could not see the horizon of spectators who filled downtown Portsmouth.

Ernest: Just how difficult was slavery at the time Douglass penned this great speech?

Nathan: Slavery was at the height of its brutality and wickedness. Douglass had escaped slavery and was gaining influence as part of the abolitionist movement in the North, but the blood, sweat and tears of slaves were the oil that lubricated the economic engine of America.

Ernest: What message do you think Douglass would have for the African-Americans who celebrate the 4th of July/Independence Day in the 21st Century?

Nathan: Douglass would say the Black man is still not fully enfranchised in American society. He would say there are still laws that get in the way of his natural ability and our right to freedom. He would say even the man who enjoys a good job and a comfortable lifestyle who is being told when to go to work, when to stop working, and how much you will be paid for your work, that he might not be a slave of any man, but he is a slave of society and holds his liberty as a privilege not as a right. He is still at the mercy of the mob and has no means to protect himself.”

In spite of the speech filled with a steady stream of biting ridicule, Douglass ended the speech by saying there was hope for America.