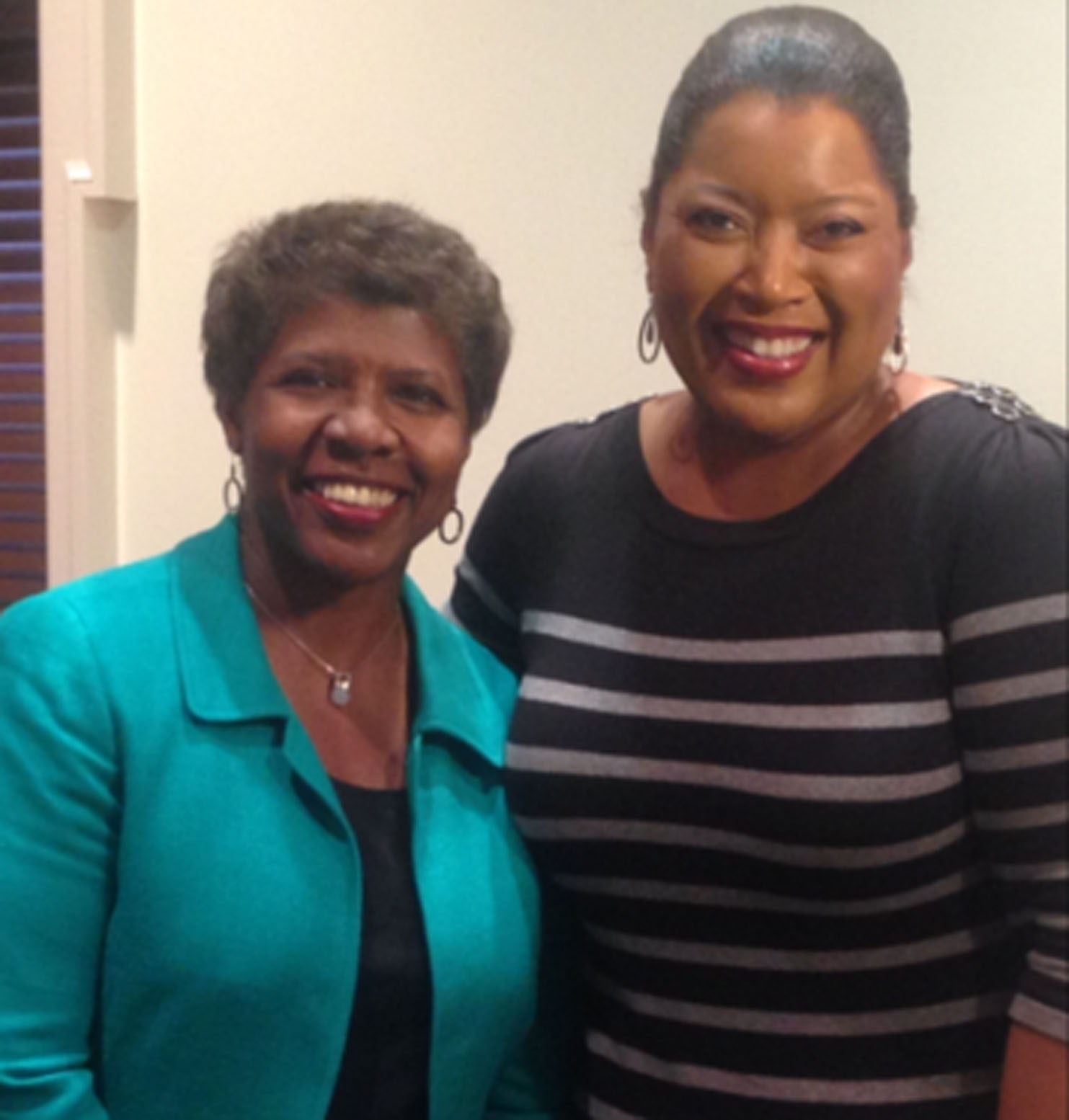 Veteran television journalist Gwen Ifill, host of PBS’ “WashingtonbWeek” and co-anchor of “PBS NewsHour,” died Nov. 14 at age 61 after a bout with cancer.

Ifill joined PBS as the moderator of “Washington Week,” the public broadcaster’s Sunday-morning public-affairs program, in 1999 and served as the show’s managing editor. In 2013 she was named co-anchor and co-managing editor with Judy Woodruff.

“I interviewed her last April when she was at William and Mary as their Hunter B. Andrews fellow,” said Lisa Godley, who works at the local NPR station, WHRV-FM 89.5.

“I first met her in DC, a few summers ago, when I attended the PBS News Hour Student Reporting Lab workshop for teachers and mentors. I’m the mentor at Granby HS. And just last summer Barbara (Hamm Lee) and I ran into her in a restaurant at NABJ! I was just numb when I got the news (of her death).”

Barbara Hamm Lee, the host of “Another View” on WHRV-FM 89.5, recalls meeting Ifill when her career in broadcasting was launched in her hometown of Baltimore.

“Gwen and I met back in the 80s when she was at the Baltimore Sun and I was at WJZ-TV,” recalled Lee. “She and I often shared and commiserated about being female and Black in journalism. It was sad to hear about her passing. She will be missed.”

Prior to joining PBS, Ifill worked at NBC News, the New York Times and the Washington Post.

President Obama called Ifill a “friend and extraordinary journalist who defended a strong and free press.”